Home Arseblog, the arsenal blog Sp*rs preview: Time for Arsenal to produce in a big away game 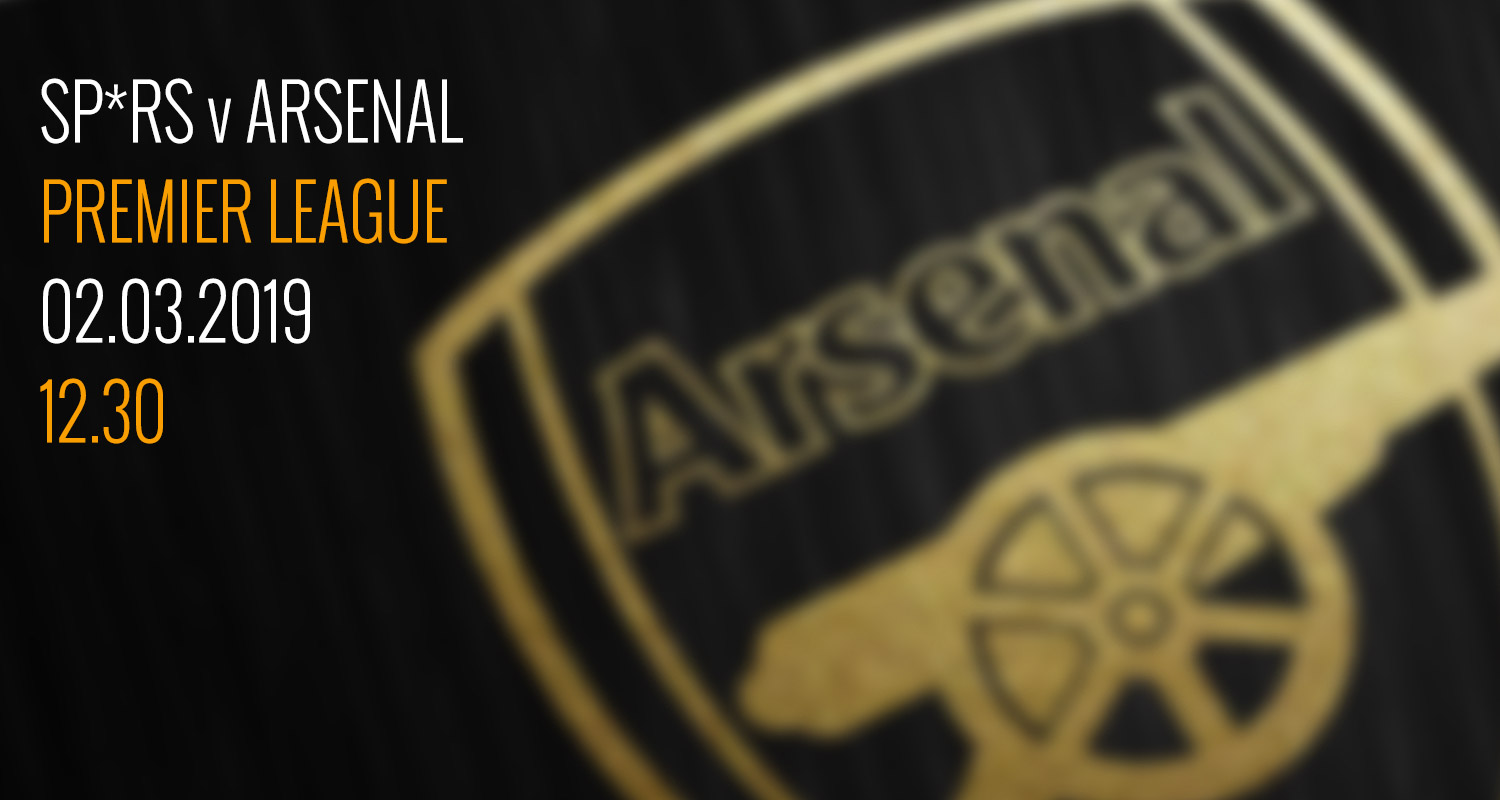 I don’t think it’s unreasonable to suggest that the next week is going to have a significant impact on our chances of finishing in the top four. After the derby today we have Manchester United at home next weekend, and given how close everything is, we’re looking at Champions League ‘six pointers’ in both fixtures.

First and foremost it’s Sp*rs today, with Unai Emery keen to produce a ‘special moment’ at Wembley. His comment comes in relation to his connection with the fans, and you can understand how much of an impact it would have. Our record in big games away is poor, and if we can start to put that right then it will obviously be beneficial to him.

I suspect that’s something of a bonus consideration though, because primarily this is about Arsenal taking three points – or at the very least not losing – as there’s less and less wiggle room at this stage of the season. It’s also worth remembering that in the previous derby at the Emirates, we produced the kind of performance that had everybody buzzing afterwards, so we have seen Emery’s team do it in big games. There was Chelsea too, the difference today is we’re away.

In terms of the team news, both Laurent Koscielny and Stephan Lichtsteiner are fit and I expect both to start. I think he’ll stick with the same back three that played against Bournemouth, with the former Swiss international replacing Carl Jenkinson on the right. Sead Kolasinac will start on the left assuming he’s not suffering any issues with the ongoing muscular problem he’s having to contend with, while in midfield I think our partnership will be Granit Xhaka and Lucas Torreira.

The former was rested in midweek, you imagine to keep him fresh for today, while the latter will be crucial to getting a foothold in midfield. We know how hard they work and how they like to press, so the Uruguayan’s combative, energetic style should counter that to some extent. The importance of some control in that area of the pitch can’t be understated, and as we have the extra man at the back rather than further forward there’s a lot of responsibility on that pairing.

Despite his impressive performance against Bournemouth I don’t think Mesut Ozil will start. I suspect it’ll be Alex Iwobi and Henrikh Mkhitaryan behind one of the strikers. If I had to guess I’d say Lacazette, because he didn’t start on Wednesday, but you could make a good case for Aubameyang too whose pace and ability to get in behind would be a good out for us when we do break the pressure they’ll undoubtedly put on.

There is a part of me that think we might go with a back four, because although Wednesday showed three at the back is not fundamentally negative, both Iwobi and Mkhitaryan look better when they’ve got someone else to combine with higher up the pitch. They can look a little isolated otherwise, but even if that’s the case, I don’t see Ozil starting. It feels much more the kind of game that Emery would choose Aaron Ramsey for, someone who provides a bit more security off the ball and his experience in this fixture might well be the key factor there.

Emery has spoken repeatedly in the last couple of weeks about the need for his players to play in different systems and formations, and the last couple of games – calibre of the opposition notwithstanding – have shown that perhaps this is something they’re coming to grips with. One of the long-standing complaints about Arsene Wenger was how rarely he adapted his tactics or team selection to the opposition. Now we have a manager who is willing to do that for every single game, regardless of who we’re playing, and whoever he picks today you can be sure they’re in the team on that basis. Because he thinks they’re the ones best suited to counter the threat of Sp*rs, and to cause them some problems up the other end.

It’s certainly a change from what we were used to and it doesn’t always work. The plethora of half-time changes we’ve made this season tell you that, but there is unquestionably an attention to detail, preparation, and a defined game-plan. It’s whether or not it works that remains to be seen. What is encouraging though is that we have plenty in reserve should we need to change things. A few weeks ago our options from the bench looked somewhat meagre, today we can call on a world class striker, a world class playmaker, and the likes of Matteo Guendouzi, possibly Ramsey, and even Denis Suarez whose slow start to his loan spell would be forgotten if he made a significant contribution today.

As we always say, there is an element of form going out the window in games like this, but I do feel better going into it on the back of two good wins. I don’t think the fact they’ve lost two in a row is particularly beneficial to us because a team that has just lost a London derby will be resolutely determined not to suffer that fate twice in a week. However, if they are going through a little slump in form – something we know most teams go through at some point in the season – then it might be advantageous for us.

A win today would cut their lead over us to a single point. A month ago the gap was 10 points. Is that something that’s on their minds? Maybe, maybe not, but if the situations were reversed I think it would definitely be a consideration in the build-up to this game from our point of view. The swing today could be considerable though, if they win it’s back to 7 points, so there’s a lot riding on this one for both teams.

We’ve generally done ourselves justice at home in these kind of fixtures, but we’re long overdue a performance and a result on the road. Let’s hope that today’s the day we get it.

As ever, join us for a live blog keeping you up to date throughout the game with text commentary and goal clips, and we’ll have all the post-game stuff on Arseblog News.

Catch you later for the game, and come on you reds.