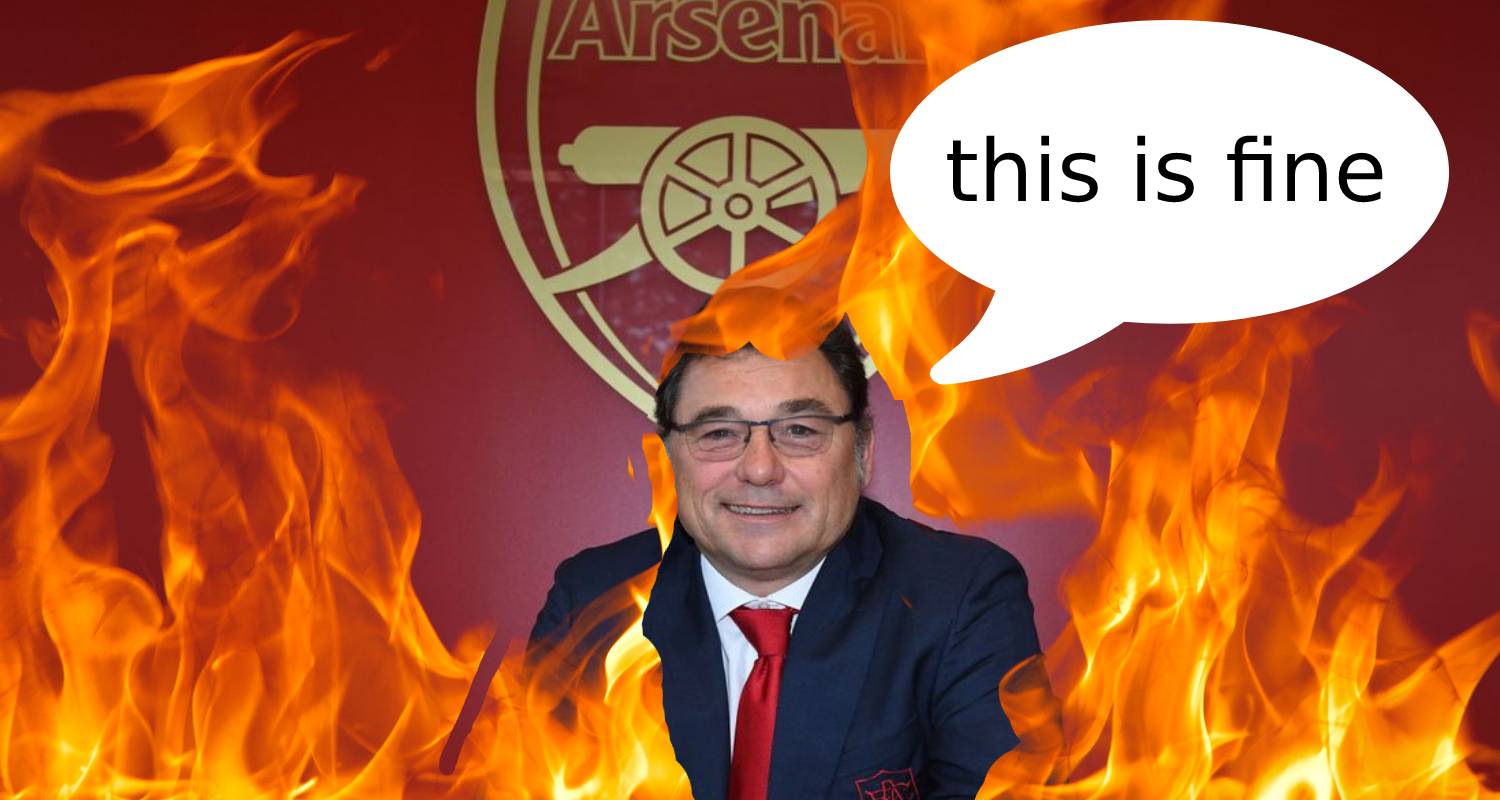 Today: a 2000 word treatise on the non-appointment of a Technical Director.

First, let me say that … argh … I mean, I can’t. I just can’t. I’ve written too much about this over the last few days and there’s nothing new to add to what’s already been said. However, just a quick comment on a story that emerged yesterday which suggested Arsenal aren’t in any rush to bring somebody in following the decision of Monchi to go back to Sevilla.

I get it, you don’t want to run around arms flailing in the air screaming ‘OH GOD WHAT NOW?!’. That’s not a good look. But we were clearly in a sufficient rush to offer yer man a three year contract and have him start work as early as the start of the next month – if not sooner. You can’t be on the brink of making an appointment and then suggest that it’s no big deal if it doesn’t happen.

Now, maybe it’s a case of making sure we bring in the right person. ‘Act in haste, repent at leisure’, as the old saying goes, and that’s fair enough. Don’t give someone a job just because the job needs to filled if they’re not the right person. I just think the idea of leaking the ‘Ahh it’s all fine, we’re not that bothered’ kind of story is asking us to suspend our disbelief a bit too much though.

There was also a suggestion that one of the reasons Monchi turned us down is because we’re so far down the road with some of our transfer targets for the summer that he wouldn’t have had the kind of influence he might like. On one level that makes some sense. It is almost April after all, and you’d like to think there’s a level of planning and organisation about this summer that’s already in place. Deals can take time to set up, broker, and complete, and we should have some irons in the fire already, no doubt about it.

At the same time though, if you are ploughing your own furrow to that extent, why are you trying to appoint someone to oversee your transfer business who is well known to want a strong measure of control over what happens? Was it expected that he’d just come in, work with what’s going to be a pretty limited budget and then sit on his hands while we bring in the players identified by Raul Sanllehi, Unai Emery and whoever else is making a contribution to that process? That doesn’t really make a lot of sense, especially as we’re January-averse, thus meaning his contribution this summer would be fairly limited and it’d be 2020 before he had a chance to make his mark.

Anyway, it is water under the bridge at this point, and if Sanllehi is confident that we can do what needs to be done without this role being filled for now then I guess we leave it to him and his crew to do it. There’s nothing any of us can do but let them get on with it, and when that work is done and we’re ready for a brand new season in the Premier League and, hopefully, the Champions League, we can make an assessment of what’s happened, how strong we are, and how good that business appears to be.

Meanwhile, as we slumber our way through another Interlull, the full task of what lies ahead in April was made clear yesterday. We’ve been waiting for the Wolves game – postponed from last weekend due to their FA Cup involvement – to be rescheduled, and the Crystal Palace game which was due to take place on a Saturday will now move to the Sunday because of our Europa League quarter-final against Napoli. That means we now play eight games next month, this is the full list:

Even though we don’t have to play any games against the ‘big teams’ (and Sp*rs), and on paper it’s a fairly kind run of games, that’s a pretty daunting fixture list just because of how many games we have to play. The fact that five of them are away and we’re not as hot on the road as we’d like certainly makes things a bit complicated, but at the same time there’s a part of me that kinda likes a pile-up like this. If you win a few and build some momentum, the legs don’t feel tired and fatigue doesn’t seem to be an issue. Those things kick in as soon as there’s a bad result though, so it’s a really important period of the season for Unai Emery and I’m curious to see how he deals with it.

He has successfully rotated his team in the last little while, and I do wonder if that was a bit of a precursor to ensure his players are ready for more of the same during this busy time. Very few players are going to be able to play every minute of every game, and there are some whose age dictates that Emery is going to have make decisions and prioritise their involvement in one competition over another. All the same, I’d rather eight games in a month than none in two and a half weeks, and can I just say that of all the Interlulls inflicted on us during a season, this one is the most badly timed. At the business end of a campaign they cause these backlogs when they could probably play the internationals at the end of the season. 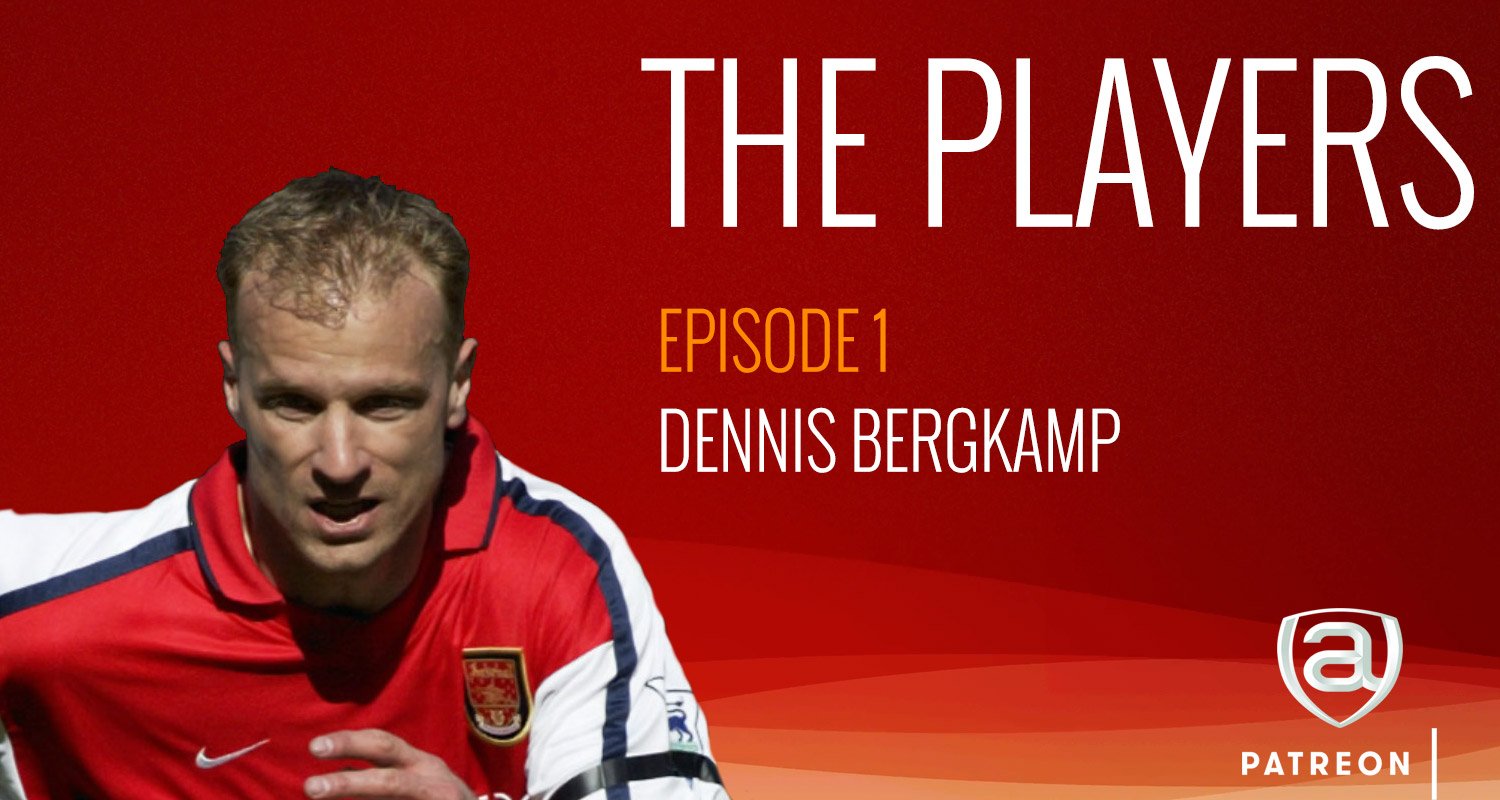 Right, that’s just about that, but a reminder that if you’re looking for more podcasts, articles and videos to get you through this Interlull – and you’re not already an Arseblog Member on Patreon – you can sign up right now to get instant access to all our content, plus a free audio book copy of Together: The Story of Arsenal’s Unbeaten Season for just €5 per month (+ VAT in the EU).

There’s also the first in a brand new series of podcasts waiting there for you right now. It’s Episode 1 of ‘The Players’ and you can join me, Tim Stillman, Andrew Allen and James as we discuss Dennis Bergkamp. To sign up go to patreon.com/arseblog – and if you are already a member, thanks so much for your continued support and enjoy the new show!