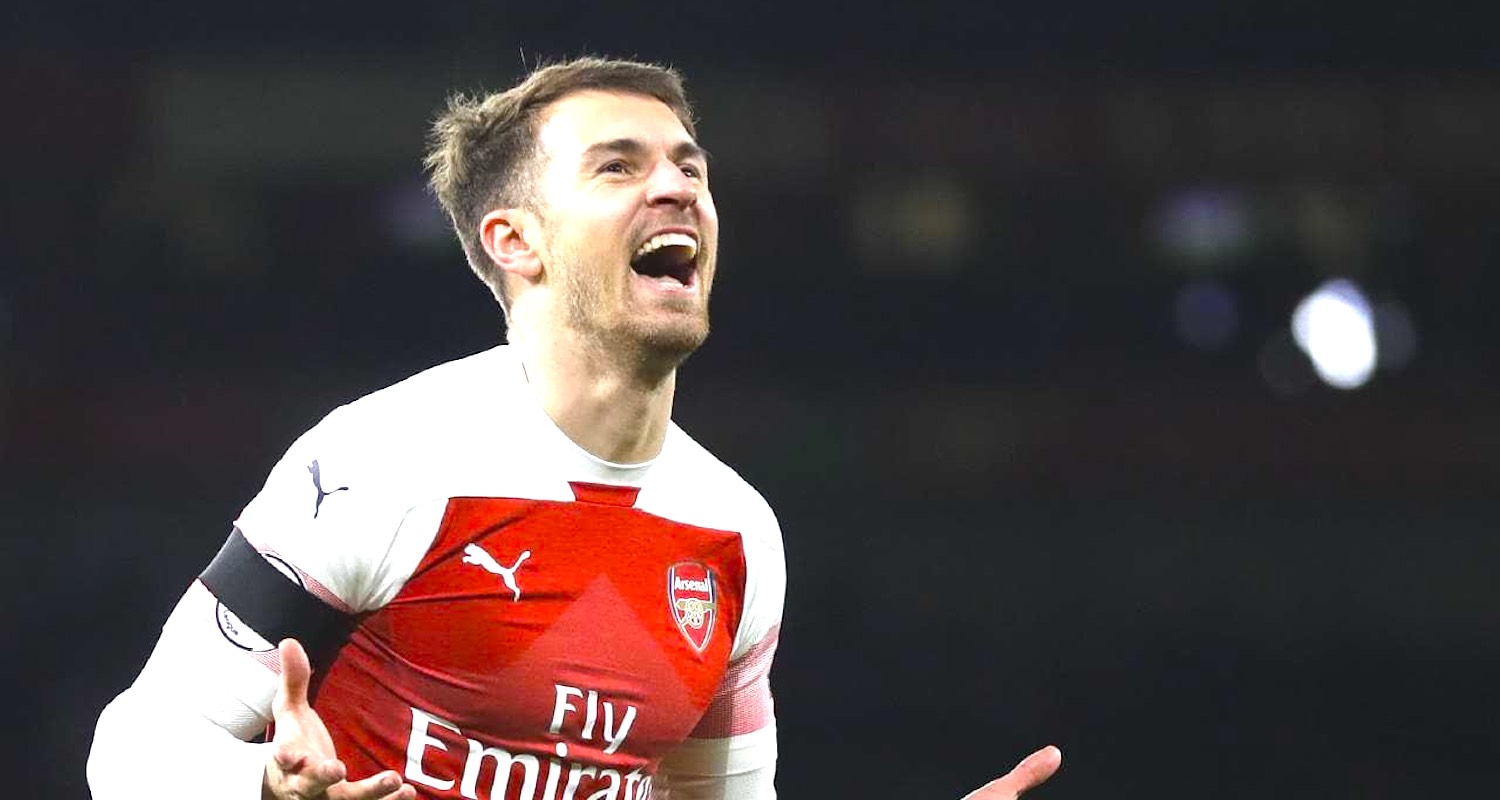 Today’s post comes to you with a mild *boilk* so excuse the brevity. And possibly the typos but I blame those primarily on the keyboard of my laptop which is bollixed and I keep meaning to get it fixed but then I procrastinate as well as Robert Pires played football so I’m pretty damn good at that.

There’s not a lot going on that isn’t centered around the internationals and the story that sticks out is the fact that Aaron Ramsey has returned to Arsenal after a thigh injury prevented him from playing for Wales during this Interlull. On the one hand you’d say anything that minimises a person’s exposure to Ryan Giggs is probably a good thing, but on the other hand any injury at this point of the season is quite unwelcome.

When you consider the schedule we have when the football kicks off again, we’re going to need as many players fit and available as possible. Not to mention the fact that in recent weeks Unai Emery has been leaning on the experience and quality of Ramsey quite regularly anyway, so being without him would be a blow if the problem is that serious. Hopefully, this is actually a national team manager showing some common sense and sending a player back before it gets too bad, but there’s part of me that worries that a man who thinks the Premier League is a ‘war of nutrition‘ doesn’t possess much of that in the first place.

As far as I can tell, there weren’t any Arsenal casualties on the injury front after last night’s games, and after Gabon drew 1-1 with Burundi yesterday they now won’t qualify for the African Cup of Nations this summer, which means Pierre-Emerick Aubameyang will have the summer off. That’s good news for us, at least, and it means he’ll be taking a full part in pre-season and our games in the USA.

Speaking of which, the full schedule is set to be released this week, but a report in the LA Times yesterday says that we’ll be playing Bayern Munich in Los Angeles on July 17th. When you consider that the players will only be returning to training in the first week of July, it’s likely that this is going to be one of our first games as we prepare for a new season. It’s also a slight guide to when the rest of the fixtures over there are taking place, but as I said we’ll get the full list later this week. I don’t know if there’s an Emirates Cup this summer but it appears as if a good chunk of mid-July will be spent in America.

Elsewhere, Academy Manager Per Mertesacker has spent some time this week at his former club, Werder Bremen, and it sounds as if there could be some kind of informal link-up between the clubs made. He’s speaking about coaches going back and forward to learn from the respective set-ups, but also says that as the gap between U23 football and the senior team is so big that we could well see more players like Emile Smith Rowe and Reiss Nelson spending time in Germany.

At our U23 level you will be introduced to the men’s area as well as in Bremen. However, you play only against peers at an average age of 18 or 19 years. Although you have good opponents, competition with men’s teams does not exist. In Germany you are challenged in the regional league or even better in the 3rd league. The step from our U23 into the first team is even bigger, because the next higher level is the Premier League. Therefore, for us from Arsenal also loans are very attractive, for example in the Bundesliga.

There’s very clearly a hotbed of young talent at Arsenal right now, there are some players with real potential, but it’s so difficult to bed them in at senior level. It takes time and patience – not a quality in great supply these days – and coupled with the demands for success and improvement, it’s tougher than ever for a manager to take a chance on a young player. Loan deals, perhaps ones longer than we’re used to which see players come back at a more advanced age, are the way things will go in the future, and it’ll be interesting to see how we manage this generation of talent.

Right, that’ll do it for this morning. Back tomorrow with some Interlull fun, and of course James and I will have an Arsecast Extra for you too. Until then.