High up in the steep stands of the Wanda Metropolitano last May, I saw a figure decked in black crumple to the floor. The ball was kicked into touch quickly, as the jolt of realisation swept through the stadium. At the back of the upper tier, we craned our necks and tried to make sense of which player it was writhing in pain and thumping the turf, as his colleagues enveloped him in concern.

The calculation did not take long to process. The prone body was positioned on the left side of the centre of Arsenal’s defence. It was Laurent Koscielny. The moment of anguish occurred off the ball, away from our gaze. But nobody reached for their phone to check what had happened. We all knew. Laurent Koscielny’s achilles tendon was subject to constant TLC due to a long standing issue (if you’ll pardon the expression).

Even Diego Costa looked aghast as he motioned for the stretcher. Everybody knew what had befallen the Frenchman and already we began to speculate as to whether he would be able to play at the top level again. Club captain Per Mertesacker was negotiating his final weeks as a professional footballer at that time and we had seen his workload vastly reduced after a serious knee injury. 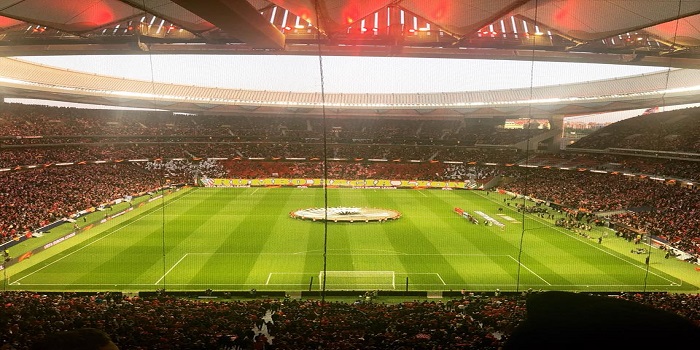 Likewise, Tomas Rosicky and Mikel Arteta were retained for their final seasons at the club due to their ambassadorial qualities, their bodies unable to bear the strain of regular competition any longer. It was irresistible to pre-emptively assign Koscielny the same fate. An impeccable character and leader for the best part of a decade, my impression was that he would be nursed back to fitness, before settling into a ‘club elder’ role as I peered down on his stretcher from on high, a reluctant voyeur to a requiem for a career.

Seven months later, he returned to the team. I still anticipated that, once the injury situation relented, he would be eased into a sporadic role. Given his swift recovery, I upgraded my expectation of his position from Per Mertesacker to Vincent Kompany- someone only really wheeled out for the big games and largely for his leadership qualities.

Three months on from a difficult comeback against Southampton at St. Mary’s, Koscielny is playing regularly and remains Arsenal’s best defender. He continues to put his body on the line for the club, the sight of him hobbling back onto the pitch after bone rattling impact, before settling easily back into his stride has become commonplace. The scars on his legs must have scars on their legs. Romelu Lukaku stood on his face for goodness sake.

Club officials say Koscielny played with a three-inch gash in his leg for the final part of the game, which got clamped together on the pitch when he was down for treatment.

In recent weeks, the likes of Kane, Lukaku and Hazard have been unable to extract any joy when faced by the partnership of Koscielny and Sokratis. I think the Greek has had his part to play in Koscielny’s revival. Papa’s love of physical contact and his swiftness across the ground have allowed Koscielny to adapt his style. In the Koscielny and Mertesacker axis, Kos was the legs and Mertesacker the brain. But Laurent has adapted to survive and transitioned from athlete to lecturer.

Earlier in his Arsenal tenure, Koscielny’s gifts were mainly physical, but he has reduced his physical workload this season and assumed a more considered role. Most defenders with predominantly physical profiles are unable to adapt in this way. This season, Koscielny has made twelve Premier League appearances, so the sample size is still a little small, but trends are emerging that suggest he is less taxed physically compared to last season.

The crucial figures, in my opinion, are the ones that deal with duels and recoveries, which incur a strong physical tax. They require sprinting, twisting, turning and heavy physical contact. Koscielny’s high impact actions have reduced and he has been able to play more of an elder statesman role. This largely owes to a change in defensive style under the stewardship of Unai Emery.

Though Sokratis enjoys a bit of rough and tumble, his numbers in demanding physical actions are not notably higher. He has 4.2 recoveries per game (compared to Lolo’s 4.1), but he does indulge in over 2 more duels per game than Koscielny, which is not a huge surprise. That Emery pretty much always deploys a double pivot ahead of his back four is significant.

The addition of Lucas Torreira and Matteo Guendouzi to the midfield has lightened the physical load on the defence. On Sunday, Aaron Ramsey won eight of his nine tackles against Manchester United. Emery has also switched to a back three with some regularity since the autumn, a system he was not wont to utilise earlier in the season.

Granted, this has not exactly led to a water tight defence, Arsenal are still very flawed defensively. But the team does work harder, run further and make more tackles. The defence is slightly less stressed physically (even if still looks emotionally damaged on occasion) compared to the later years of the Wenger era, when the Gunners centre halves were often left shivering and naked as the storm clouds swooped.

Two years ago, I wrote a piece about Koscielny, marvelling at how he hadn’t incurred PTSD from years of almost single handedly patching up a bullet ridden rearguard. Kos would not physically be able to handle the same workload now and slight alterations have been made to Arsenal’s defending which, though not entirely transformative (yet), have allowed the centre halves some light physical relief.

Yet Koscielny’s feat is also one of character, brilliantly captured by the Arsenal media team who documented the captain’s recovery process. The physical pain of an achilles tendon rupture is meant to be among the most excruciating injuries an athlete can suffer. The psychological consequences must also be pronounced, the fear that the elastic in your leg will again perish every time you sprint.

Yet Koscielny shows no signs of physical trauma, as he continues to fling himself into harm’s way to protect the virginity of the Arsenal goal. Lest we forget that he also endured the psychological heartbreak of watching his international teammates win the World Cup during his recovery- a triumph he would have been heavily involved in had he been fit.

Koscielny’s recovery and return to the team has been so seamless, so matter of fact, that its magnitude has been easy to underplay. That he fought back from the brink to captain the team again with a series of impressive performances reveals everything we have come to know about the player and the man these last nine years. Ain’t nobody, like Koscielny.