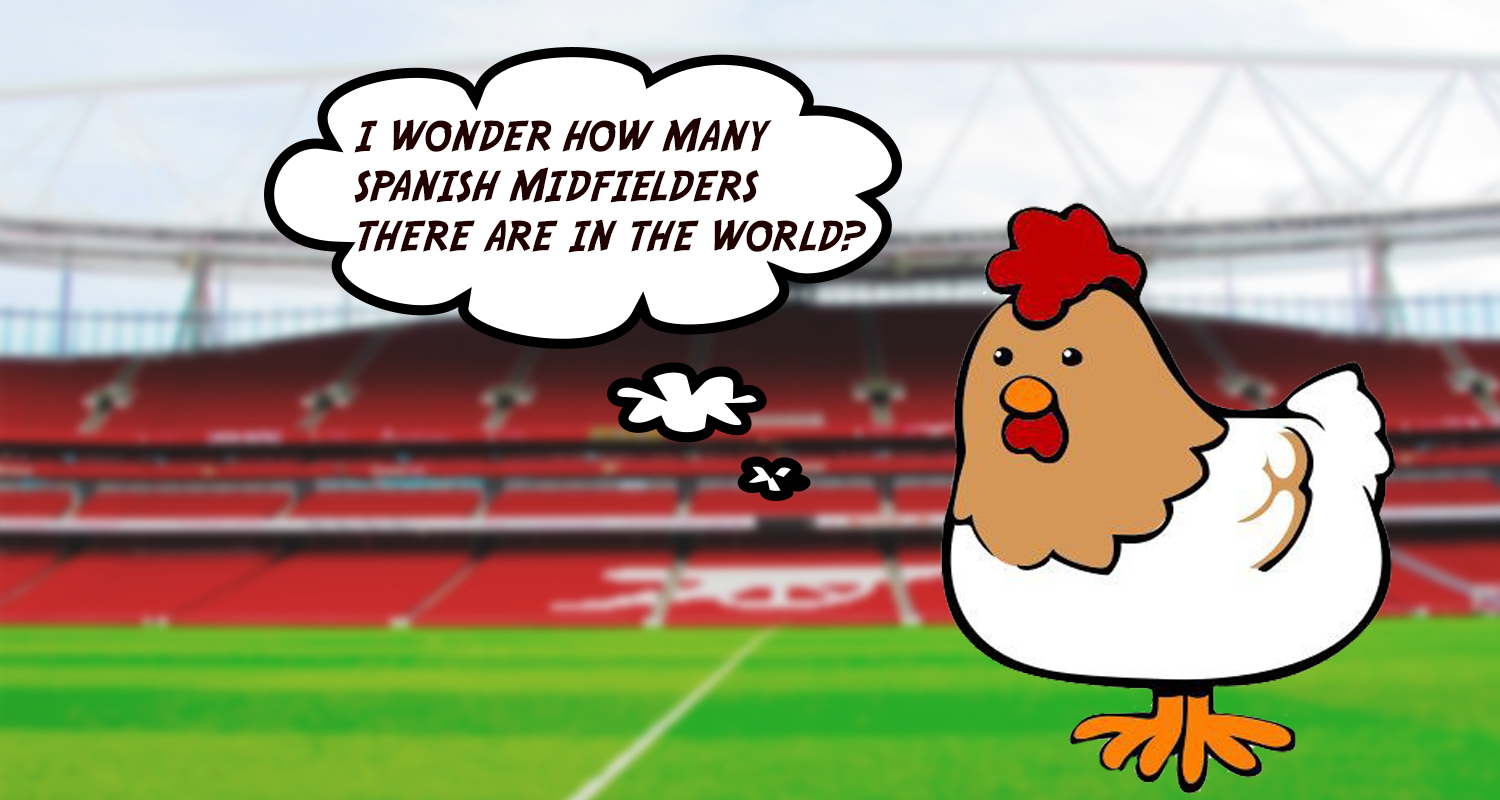 Is it just me or is a football club wishing a former player a happy birthday on Twitter a bit weird? I mean, what’s the point?

Ok, I know the point. It’s easy content because every football club has had hundreds of players down the years, many of whom are still alive, so in an era when the quantity of Tweets is more important than the quality, it’s like a tap-in for the social media guys. In a way, it sort of reminds me of when I try and figure out how many chickens there are in the world and it makes my head hurt.

How many football clubs? How many players? How many club Twitter accounts run by a zany agency from somewhere in Brooklyn, in various languages? I’m just guessing here that at least 7% of all Tweets any day are football clubs wishing the best to a former player on his ‘special day’, one that the player himself probably doesn’t give a fish’s tit about because it’s simply another reminder that he’s past his prime and the glory days which he loved are now gone and gone forever.

Then another 18% of Tweets every day are the people replying to those with love heart emojis, the ‘He wasn’t all that’ brigade, the ‘He was really underrated’ crowd, and their subsequent arguments that go on all day because there are really people who spend every waking minute looking for someone to fight with online.

Happy Birthday to Hannibal Ray Jepsen (nickname: The Neckless Dane) who became the first Danish player to play for Arsenal when he signed for us in 1983.

He made two appearances before having to retire with a ruptured gooch he sustained in a challenge with Julian Dicks. pic.twitter.com/qgpDT0OaXf

Also, I don’t want to know how many chickens there are in the world. My guess is ‘too many’.

So, as you can see the Interlull is over but we don’t have any Arsenal news yet. This is because the players will have come back over the last couple of days to be assessed after their international travels and exploits. The ones who were away on the trip to Dubai, we know all about them and they all seem to be fine, but we have a couple to be worried about before we face Newcastle on Monday night.

How is Aaron Ramsey’s thing? That is an unfortunate typo. I’m sure it’s fine. It’s his thigh we’re concerned about. Was he feeling it before he went away with Wales or was it something he picked up because Ryan Giggs’ training is ‘Run up Snowdon in a old time diving suit’? Was it his recent Arsenal schedule? He played 72 minutes against Sp*rs on March 3rd, then 90 v United on March 10th, before 88 against Rennes on March 14th. That’s busy, but not massively so. We know he can be a bit susceptible to muscular issues when he’s overplayed, but I’m not sure this is that kind of situation.

Granit Xhaka’s groin is a problem too. He asked to come off during Switzerland’s 3-3 draw with Denmark in midweek, and ten minutes later the coach made a change. If you’re feeling an injury and you have to play on for even a few minutes, you can exacerbate it so hopefully he hasn’t done himself too much damage. He’s usually a pretty robust player, in terms of availability week in, week out he must be right at the top of the list, so fingers crossed it’s nothing too serious.

Nacho Monreal was left behind as the chaps went to Dubai, so we’re due an update on his progress too, and we’re at a point where the fitness of every single player in this squad is crucial because of how much we have to do in April. No doubt it’s something Unai Emery will update on when he meets the press today, and we’ll cover all that on Arseblog News throughout the day.

In the absence of anything else going on, how about a little bit of transfer tittle-tattle? Arsenal are insisting that the fact we tried to appoint a Technical Director and fully expected him to sign for us before he went back to his former club is not a big deal – (does anybody on this plane have any experience of flying an Airbus A380? No. Don’t worry. No, there’s no particular reason we asked that question. Honest! Just relax and enjoy the flight.) – and that our transfer business for this summer is progressing nicely.

So, it’s not really a surprise that with a Spanish Head of Football and a Spanish Head Coach and lots of Spanish coaching staff, we’re being linked with a Spanish player. Apparently we’re keeping tabs on Eibar (I wanna take you to an Eibar, Eibar, Eibar!), midfielder Joan Jordan (Jo Jordan!). He’s 24, right-footed, and around 6′ tall, and is being touted as an Aaron Ramsey replacement.

So far this season he has three goals, fours assists, eight yellow cards and that makes me think he’s a bit more Xhaka than Ramsey, but he is still pretty young. His contract runs out next year, so with just 12 months left on his current deal, Arsenal could fancy their chances of getting him for a reasonable fee. WhoScored list his strengths as:

And his weakness are:

I know we take those things with a hefty pinch of salt, but tackling is quite important for a central midfield player, and if you want to replace Ramsey – one of the highest goalscoring midfielders in our history – you might want to stay behind after training and practice your shooting. Ultimately though, I have no idea if this player is really on our radar at all, but it sort of feels like the kind of signing we might be making with our reportedly restricted budget which would be less restricted if we make the Champions League next season.

Right, if you haven’t already listened to Episode 2 of the Arsenal Women Arsecast, get that into you, and I’ll leave you this morning with a brand new regular old Arsecast, in which I chat to Philippe Auclair about some of our French contingent, before looking at what the stats might tell us about our run-in and top four chances with Tim from @7amkickoff. Listen, subscribe, do the thing, you know the drill!