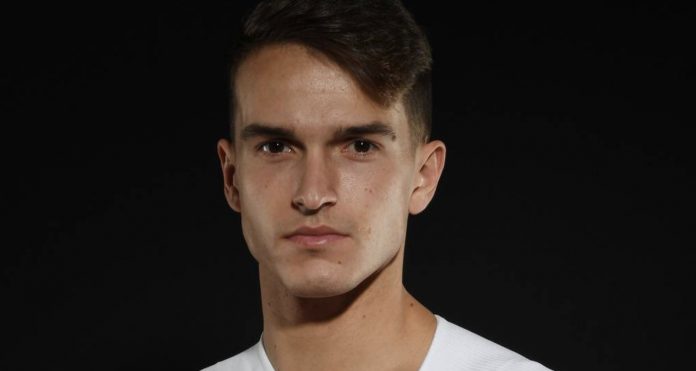 So transfer deadline day came and went, and there were really only two significant deals done by Arsenal. One in: Denis Suarez. One out: Emile Smith Rowe on loan to RB Leipzig.

There was some hope at one point that we might also bring in Christopher Nkunku from PSG but that never came to fruition so the squad we have right now is the one we have until the end of this season, the one that will have to get us into the top four and have a crack at the Europa League. Is it good enough to do that? I have my worries, but let’s talk first about the man we brought in.

He is 25, a midfielder, and one who says his best quality is his final ball. If you want to take a look at his career stats you can do that right here, and what you’ll see is that from his first full season in 2014-15 with Sevilla through to this current campaign in which he’s been frozen out by Barcelona, he’s not exactly the most productive player when it comes to goals and assists.

Bar that stand out campaign in 2015-16 when he made 12 assists for Villarreal – enough for Barcelona to activate a buy-back clause they put in his contract when they sold him – he’s been a 5/6 goal & assists man throughout his career. This season, having played just eight games, he has two goals and one assist to his name.

The downward trajectory in terms of his appearances each season is, on paper at least, a bit of a concern, but maybe he’s at a stage in his career when he has a point to prove and this is the kind of move which could allow him to do that. It’s not as if he hasn’t been playing for some middling team, it’s Barcelona – who have plenty of quality as we know – so that could be seen as a mitigating factor.

Nevertheless, the idea that we’re signing a player who is going to come and start banging them in doesn’t really tally with what he’s done to this point. Clearly though, Unai Emery has championed this signing, this is a player he knows from the season he had with him at Sevilla, and he must feel like he’s got something to offer this team that he feels it needs at this moment in time.

Is it because of his ‘final ball’? I doubt it. We already have a player in this squad whose final ball is better than most players in the world, but he’s very much on the fringes. My suspicion is that Emery wants to use Suarez as a kind of right-sided Iwobi, someone who can help progress the play on that side of the pitch and connect things, rather than an out and out assist maker or goalscorer.

It would then allow him to take some of the burden off his two strikers who, at the moment, are starting every game. I think we might see him rotate Aubameyang and Lacaazette a bit more if Suarez can find his feet quickly, ensuring he doesn’t fatigue them, as well as giving us a bit more depth on the bench for games when that’s necessary.

The question is: how quickly can Suarez hit the ground? English football isn’t completely new to him, he spent two years at Man City as a youngster although the sum total of his playing time there was less than 90 minutes across two league cup games. You might make the argument that having played so little this season he’ll be nice and fresh, but it will also be a challenge for someone who has played so little to drop into a new club, a new league, a relatively new country – at the business end of the season too –and immediately find his form and match sharpness.

So, while I’m glad we brought someone in and I obviously hope he does well, I have some reservations about how much we’re going to get from him. When you look at a squad so badly hit by defensive injuries, and then add an attacking midfielder who can barely get into the team at his current club, you can’t help but wonder about our transfer policy and our ability/desire to address the real issues. How much more can Suarez give us on top of what we already have, particularly when someone like Henrikh Mkhitaryan is on his way back from injury?

As I said, I hope he does well because if he does chances are it’ll help us win matches, but I’m just not sure exactly what he’ll do to give this team the kind of footballing identity we’ve been looking for. Will his arrival make Emery less conservative, more adventurous in his team selections so we don’t endure the kind of performance we did against Cardiff on Tuesday night? Beats me, but time will tell, and I wish Denis Suarez the very best of luck.

Maybe this is exactly what he needs at this point his career. It seems clear his Barcelona future is decided, they don’t him anymore, so it’s a chance to put himself in the shop window and open up new opportunities for himself. Let’s see what he can do.

In truth, I wasn’t expecting a great deal during this window anyway. Raul Sanllehi made it clear in his first interviews after taking over as Head of Football that he viewed January as a bad time to buy players, and I think we can all see the logic in that. We all understand summer is better, and the lack of activity in general across the Premier League and Europe this January has been striking. Perhaps there are outside factors influencing that, but we’re not alone in having done very little. In fact, we did something, which is more than most.

It’s something we discuss at length in today’s Arsecast, but as much as we can see the logic in why summer is better and why January is bad and why the people behind the scenes want to wait and keep their powder dry, it doesn’t change the fact that Arsenal have lost three very important players to season-ending injuries this season and replaced none of them.

Suarez can play where Welbeck played, but he’s not a like for like by any means; Hector Bellerin’s injury leaves right-back leaves in a situation where we’re trying to find the least worst option; and anyone who looks at what we’ve got in the centre of our defence and doesn’t think we need serious investment there needs to have their head examined.

Meanwhile, the task that Unai Emery has hasn’t changed: get this team back into the Champions League, whether it’s via the top four or the Europa League. It’s hard enough anyway, but having been robbed of three players crucial to him without any backing from the owner it’s even more so.

As ever, you feel like Arsenal is an afterthought to KSE and Stan Kroenke. There’s no real desire to make things happen. They talk about wanting to win things, wanting success, wanting to compete for the Premier League and Champions League, yet do almost nothing to help us achieve that. I don’t believe things behind the scenes are as coherent as we’d like them to be, the imminent departure of Sven Mislintat is evidence of that – regardless of what back-channel spin the club try to put on it. And when he goes in a week’s time two of the key executives who were supposed to oversee life after Wenger and the new era under Unai Emery will have left within months of each other.

That’s a lot of upheaval on top of a lot of upheaval and I’m absolutely convinced that it contributed to our indifferent January window. The idea we couldn’t sign players because of wages is nonsense, we just added Denis Suarez to the wage bill, and you wonder if decisions are being made to protect the interests of certain individuals rather than the good of the team and its needs right now.

I feel for Emery, he needed more backing than this anyway, and particularly after three serious injuries, but this is what he’s got to finish in the top four and/or win the Europa League. Will it be sufficient? I’m not sure, I think we’re going to need a bit … ok, quite a lot … of luck along the way and we may get that. There is talent in this squad, we have some very obvious weaknesses but some real strengths as well and maybe if we play to those things might go our way.

Otherwise, what is already a crucial summer will become even more so as we face another season trying to get back to where we want us to be, hamstrung by the lack of Champions League money and an owner who doesn’t really give a shit.

All the links you need to listen and subscribe to today’s Arsecast are below.