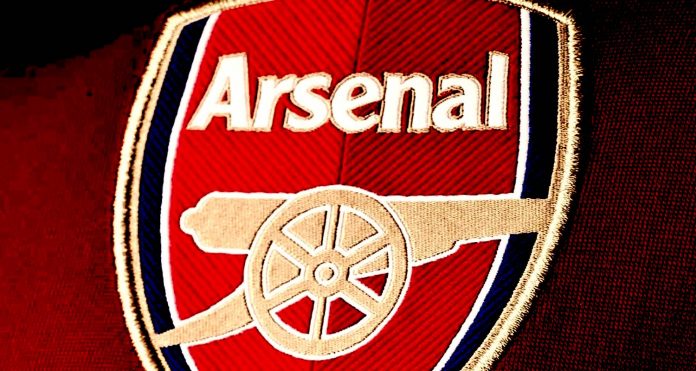 Well, yesterday’s post certainly sparked some discussion. It’s fair to say there was a range of opinion, some people agreed, some people didn’t, some people agreed with bits but not other bits, and that’s absolutely fine. Thanks to everyone who engaged politely and respectfully, it’s never any issue to disagree on something. Football, and the world itself, would be very boring if that was the case, and I’m just a bloke with a blog about Arsenal. I’m not suggesting everyone should think like I do or anything like it. I don’t claim to be an all wise oracle, it’s just what’s in my head, maaaaan.

As for those who view someone’s opinion on a football player as an excuse to go on the attack, it’s just further evidence – if it were needed – that there’s little middle ground and no nuance these days in public discourse. If you’re not THIS, then you’re THAT. It’s not surprising in any way, and it’s not an issue that’s unique to football, but when there’s that much of it, it can be a bit disconcerting. Still, sticks and stones and all that.

One of the things that came up from people who were prepared to discuss the issue rationally was the club’s role in this, and that’s a very fair point and one I probably should have incorporated into yesterday’s article. Mesut Ozil didn’t give himself a £350,000 a week contract, that was a deal and salary negotiated with the player’s agent over time by Ivan Gazidis, Huss Fahmy and then sanctioned by the board. Arsenal had been trying and failing to agree terms with him for more than a year, and with Alexis on his way out that January they clearly felt that losing both the star players would have been too damaging for the club’s reputation.

Update: I’ve been reliably informed that Huss Fahmy was not involved in the Ozil deal. It was Dick Law who negotiated it with Gazidis and Arsene Wenger approving the various facets of it throughout.

Did that give Ozil and his people a stronger hand in negotiations? Of course. Whose fault was that? Arsenal’s. It was similar to the 2013 contract renewal for Theo Walcott who, like Ozil, was into the final 6 months of his deal, and having recently lost Cesc Fabregas, Samir Nasri and Robin van Persie in contentious fashion, it left Arsenal over a barrel and the contract he signed made him the club’s highest paid player at that time. It’s also not a coincidence that the club announced the Ozil renewal at the end of the transfer window, or just after, to give it maximum impact too.

Fast forward to now from January last year and the goodwill the deal generated at the time is more or less gone. I don’t think I want to get into the nuts and bolts of it all again, but since he signed that contract it’s not unreasonable to say that we haven’t seen the best of him. The end of the last campaign was a dismal thing for everyone, so it’s hard to read too much into his performances there, and this season – after a difficult summer – has gone downhill in a big way.

The question everyone’s asking is why, and the fact is we don’t know. We can only speculate. Is it because Unai Emery doesn’t like him? Well, Unai Emery supposedly wowed our football triumvirate with a dossier about each and every player – even Ainsley Maitland-Niles – so he can’t have been unaware of the kind of player Ozil is. In fact, it was suggested on the Arsecast with David Ornstein a couple of weeks ago, that he was someone Emery fancied signing for PSG, so issues about the style of player or his personality don’t really add up. Also, if Ozil is so anathema to the way that Emery wants to play, why did Arsenal hire a manager so incompatible with their star player?

Is Emery being told by the board not to play Ozil in order to make his life as uncomfortable as possible so he’ll be more inclined to leave? I can certainly believe that Arsenal would want Ozil to go so they can redistribute his wages, but any manager who is complicit in that kind of scenario is a lame duck and far too weak to be managing a club like Arsenal. I look at our squad, I look at the issues we have with creativity, and I can’t get my head around the idea of a manager denying himself a supremely talented player for no good reason.

People pointed out to me that Emery had some issues with players at PSG, but if your mandate is to get the team into the top four, you know you’ve got a better chance of doing that if you have a player like Ozil in form and providing the ammunition for your two top strikers. If this theory about isolating Ozil on purpose to make him look at his future elsewhere is true – and again I find it hard to believe it is – then it’s a terrible way to manage this situation.

How has the player’s behaviour been? If we’re going to consider all the potential factors, that has to be one them too. Has he found it difficult to deal with the fact he’s not given the same kind of leeway as he was under Arsene Wenger? Every player is the same to Emery, a mantra he keeps repeating, and that wasn’t the case before. Some players were special. The early season bust-up when he stormed away from the training ground after discovering he was going to be on the bench for West Ham is perhaps a sign that he hasn’t always behaved as well as he might. People might not like this, but it could well be a part of it.

Whatever it is, it feels to me like there’s something more going on, something we don’t know about. We won’t hear it from Ozil’s side because we get that PR version of him and they’re not going to do anything that might damage brand Ozil. We won’t hear it from Arsenal or Emery because they’re not going to play their hand publicly unless they have absolutely no other choice. If we start to hear things via the back channels, if all the journalists on the Arsenal beat suddenly get an Ozil story, then we can figure out where it came from, but until now that hasn’t happened.

What we do know for certain is that this is unhealthy for Arsenal. We’ve just lost to BATE Borisov – our 7th defeat in 14 games – and we’re not playing well. It’s easy to see how Ozil could help the way we play football if he performs, and why people are hoping to see him back in the team. It’s unhealthy for Ozil, for Emery, for the board, and it would be unhealthy for KSE if they really cared but they’re distant and have delegated the running of the club to Raul Sanllehi and Vinai Venkatesham.

As touched on in that Arsecast episode I mentioned earlier (transcript here if you prefer), the culture of a club should be set by the people at the very top. From what I’m told, there’s no urgency stateside for Arsenal to produce this season, with suggestions that because it took Liverpool some years under the Fenway ownership to build a successful team, they’re quite prepared for that kind of scenario to play out at Arsenal. It might go some way to explain the lack of January investment, but the idea that top four and Champions League is a must for KSE this season is wide of the mark.

Now, it might well be a priority for Sanllehi who is the man in complete control of football matters at Arsenal, and ultimately it’s going to be down to him to drive this club forward. Obviously that’s within the scope of what he’s allowed to do and spend by KSE, but so much of our hopes rest on him, his ambitions, and how good he is at his job.

Right now though, he has a big problem to deal with this season. If Arsenal view Ozil’s wage packet as a burden, isn’t there a good case to be made for wringing as much value out of it as possible? That can only happen with the player on the pitch. If he doesn’t perform or can’t find his mojo again, it probably just cements the summer plans in their mind. If he can pull some strings through, and Arsenal win games and points and keep up the fight for the top four, then it’s not £350,000 a week down the drain, which is kind of what it is at the moment.

In time, I’m sure the truth – or some version of it – will come out about this whole thing, and I’m convinced there’ll be something we don’t know about it right now. Until then, all parties need to come together to broker whatever kind of uneasy truce is necessary for the benefit of the team, because that ought to the priority for all of them.

Right, have a nice peaceful Sunday, and let’s hope there’s something else to talk about soon.