Home Arseblog, the arsenal blog One kolasinac sized chicken over a 100 Emery! 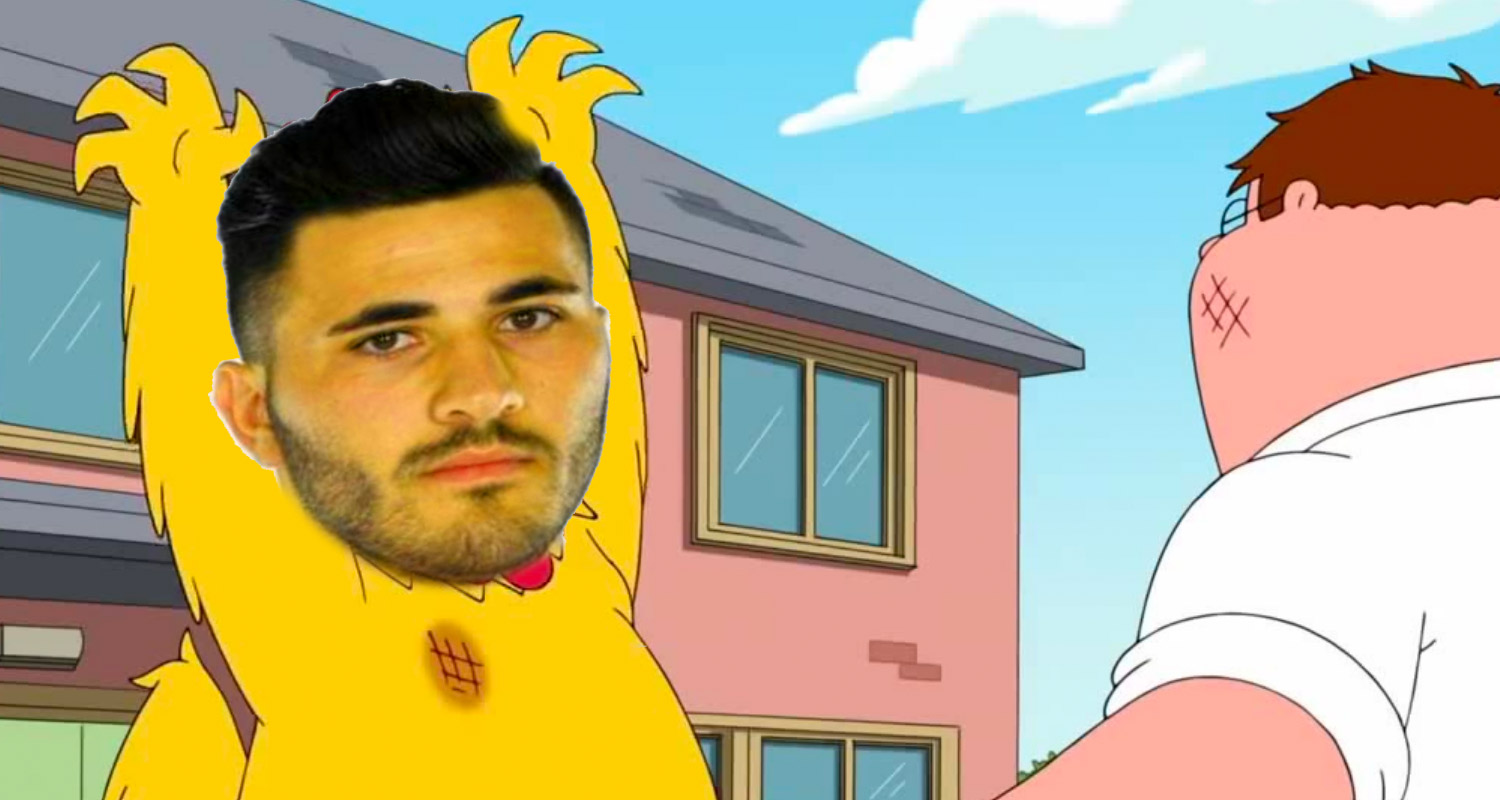 Today Unai Emery will meet the press ahead of tomorrow’s Europa League second leg against BATE Borisov. It will be more ‘GooHafternoon’ than ‘Good Eebening’, and we will hear something from someone at the club for the first time since the defeat last Thursday.

Over the last few years we have almost perfected the radio silence thing after a bad result. Beyond the obligatory post-match requirements there’s very little that will add any fuel to any potential fire, and you can understand that. Yesterday, there was an Arsecast Extra inspired dip into the social media waters:

? Would you rather fight one Kolasinac-sized chicken or 100 chicken-sized Kolasinacs?

Some of the replies showed that perhaps people weren’t quite in the mood for anything that wasn’t completely serious and an assurance that we were going to win every game from now until the end of time:

I like that. No Tweeting anything until we’ve beaten them. No team news, no updates during the game, until – hopefully – at around 7.50 tomorrow evening there’s a quick score update with {{genuflect emoji – beg for mercy emoji – self-flagellation emoji – eating humble pie in the most humble non-confrontational way possible emoji}}, followed by an announcement that Gunnersaurus is going to be the new social media manager because nobody could be mean to him:

That just made me laugh, and look, after the weekend and the super-seriousness of everything we have to remember that football is often a ludicrous pursuit and while we’re all invested in it and dedicated to it in our own ways, if you can’t find anything about it that gives you a bit of a smile then it might be time to find another pastime.

I realise that after our next defeat in frustrating circumstances I may find it difficult to remember those words, but right now we’re at that sweet spot between games where the last one is in the rear view mirror and I feel reasonably confident that the players we have are capable of beating the upcoming opposition so there you go {{maybe I’m an idiot but what are you gonna do about it emoji}}.

I’m guessing that one of the questions Unai Emery will be asked today is if Mesut Ozil will start, and he’ll say something along the lines of ‘We are thinking of every player who can help us and he is one of them’, and then he might be asked about Arsene Wenger’s comments about how big deals can see players settle into what he described as a ‘comfort zone’.

If you haven’t read them, check them out here. The former boss was speaking at an awards show where he was given a Lifetime Award for Outstanding Achievement in the Field of Excellence, and you can see how he may well have a point. I’m not suggesting that explains everything that’s going on with Ozil, but if you’re heading into the final years of your career and you’re given a contract which gives you a 250% raise then it might well affect your motivation.

It’s too easy to suggest money as the root cause of everything though, because the idea that a footballer works his entire career to get to a point where he’s paid enough to down tools doesn’t make much sense. You could even argue that a manager who was too lenient with a player, who panders to them with too much of the arm around the shoulder and not quite enough of the kick up the arse, and creates an environment which treats that particular individual differently from the rest, might also be culpable of creating a zone of comfort.

So, when you’re 1-0 down from the first leg, missing one of your two main goalscorers because his frustration at having to pick the ball up on the halfway line in the dying minutes of the game saw him lash out and get sent off, and playing at home you need to set up your team in a way which will maximise its attacking threat. If we can’t find a place for Mesut Ozil in that set-up tomorrow night then I’m not sure what we should think to be perfectly honest.

I do think there’s been a bit of revisionism about what we’ve seen from the German this season when he has played. It’s easy to remember him at his best and that game against Leicester really stands out, but go through the rest of his appearances and performances this season and there aren’t too many highlights. He has hovered between all right and ineffective for lots of it, so while there’s a lot of spotlight on Emery’s upcoming team selection decision – and rightly so – there’s got to be some on the player himself and what he produces when he is in the team.

Hopefully, if he is picked, it’s more Leicester at home than Brighton away, because that would give us something to build on – especially when we have two further home games to come before we have to start thinking about the North London derby. Anyway, we’ll get more in the press conference later and we’ll bring all the news and updates over on Arseblog News.

Just a couple of quick things to finish up with. If you fancy some extra listening/reading and you’re not already an Arseblog Member on Patreon there’s loads there, including a brand new podcast in which we put together and all-time Arsenal Shit-House XI, made up those players who liked to leave a bit on the opposition, wind them up and were generally players you’d want on your side if things got a bit tasty during a game. There’s also a brilliant article about former manager Billy Wright, and loads more besides. It costs just €5 per month + VAT (EU only), and you can sign up here: patreon.com/arseblog.

Also, a little later on we’ll have our first Arsenal Women podcast, put together by Tim Stillman in which he chats to Leah Williamson and more. It’ll appear on the normal Arsecast feed, so download if you fancy it, and if you don’t then listening is absolutely not mandatory.

Right, that’s it for now, back tomorrow with a full preview of the BATE game and all the rest. Until then.