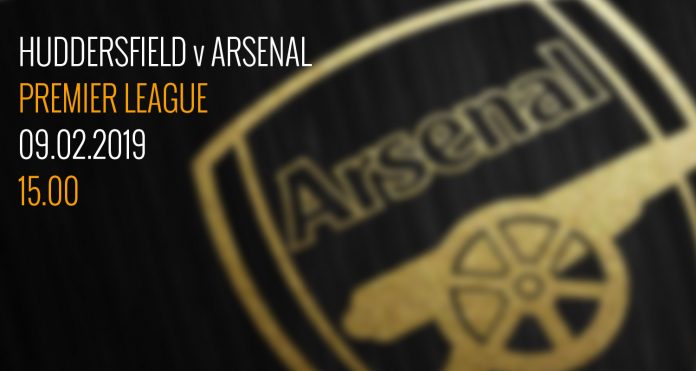 Arsenal travel to Huddersfield this afternoon to take on a team that has won just two of its 25 Premier League games this season, losing 18 times and drawing 5. They sit well and truly bottom of the table with 11 points, and on paper it’s the kind of game we should win comfortably.

A large part of me thinks we will take three points today, although I don’t necessarily expect it to be comfortable, but there’s definitely another part of me that worries that we might Arsenal it up in a very Arsenal way. Our recent away form doesn’t help in that regard, 2 points from the last 18 is dismal, and that run includes defeats at West Ham and Southampton, as well as a draw against Brighton.

Today is a chance to improve that record and it’s followed by two home games so it’s a chance to get points on the board and start building momentum ahead of the North London derby early next month. Now, what is Emery going to do with his team today? The honest answer is I don’t have a clue.

I don’t know what formation we’re going to play. There are questions over who will be involved in various positions that I’m not sure I can answer. Emery is a bit of a Kinder Egg manager – inside every game there’s an underwhelming surprise, like a little plastic Mustafi.

Who will play right back or right wing back today? Don’t know. It could be Lichtsteiner. It could be Carl Jenkinson. It could be Mustafi if we bring in Mavropanos into the centre of defence which is something I’d like to see, as I wrote yesterday. Whichever way you want to look at it the options aren’t great, but it should be manageable for a game like today.

In midfield I’m sure Matteo Guendouzi will play because Emery loves him some Matteo Guendouzi, and we can all see why. Lucas Torreira, Aaron Ramsey, Mesut Ozil, Denis Suarez, Alex Iwobi, and Henrikh Mkhitaryan are all available to him, so take your pick there, and given most of our goals this season have come from Pierre-Emerick Aubameyang and Alexandre Lacazette I think we’ll see both of them start again. Interestingly (or you might feel another word is appropriate here), despite picking up a serious injury in early November, Danny Welbeck remains our third highest scorer this season with … 5.

I know Emery has often been a bit conservative, particularly away from home, but it would be disappointing today if we didn’t pick a team that was set up to have a real go against a side who have conceded 46 goals this season and scored just 13. You always have to respect the opposition and I’m not suggesting we need to just turn up and go through the motions to win, rather let’s trust the quality of the attacking/creative players we have in our squad and play this game on the front foot right from the first whistle.

We’re not particularly great at the back, something Emery admitted this week, but let’s not try and make ourselves more solid there at the expense of our attacking potency. It’s one thing playing that way against one of the other big teams in the league who have the kind of goal threat you can’t ignore, but we’re facing a team nailed on for relegation, and that should inform both our approach and team selection today.

Chelsea and Manchester United, two very big teams … they are closer than us. We need to continue thinking to be in the top four but knowing it’s difficult. It’s not to think we’re playing under pressure – it’s to be demanding and with the ambition to be in the top four, also knowing other teams have an advantage to us.

I wonder about these remarks a bit. Is it a case that he’s trying to take pressure off his players by categorising us/them as underdogs? Is it simply an inelegant way of addressing the reality of the situation due to his level of English right now? I suspect it might well be that, but at the same time it comes off a bit as if we’re some kind of minnows who are desperately trying to hang onto the coat-tails of the big boys.

I wouldn’t go so far as to say there’s a bit of an inferiority complex about those quotes, but they’re certainly at odds with how we’re used to our manager talking about his team. Wenger would always publicly talk up the quality of his players, even at times when we knew what he was saying wasn’t reflected by the squad he had or the performances they put in, so maybe it’s just a more pragmatic approach coupled with an inability right now to express himself as well as he can in a new language.

You could argue that in terms of investment, stature, squads and recent achievements that both Man Utd and Chelsea are ‘better’ than us, but with a league game upcoming against the former and the latter potential Europa League opponents at some point, I do wonder about saying it so publicly.

To be fair, I suspect many fans would share his view that in terms of the top four, we are outsiders, and that it will take something a bit special between now and May to achieve that goal with the squad he has, so maybe it’s just me being a bit sensitive. We shall see!

Right, as ever we’ll have a live blog of today’s game for you, plus all the reports, stats, player ratings and more over on Arseblog News.