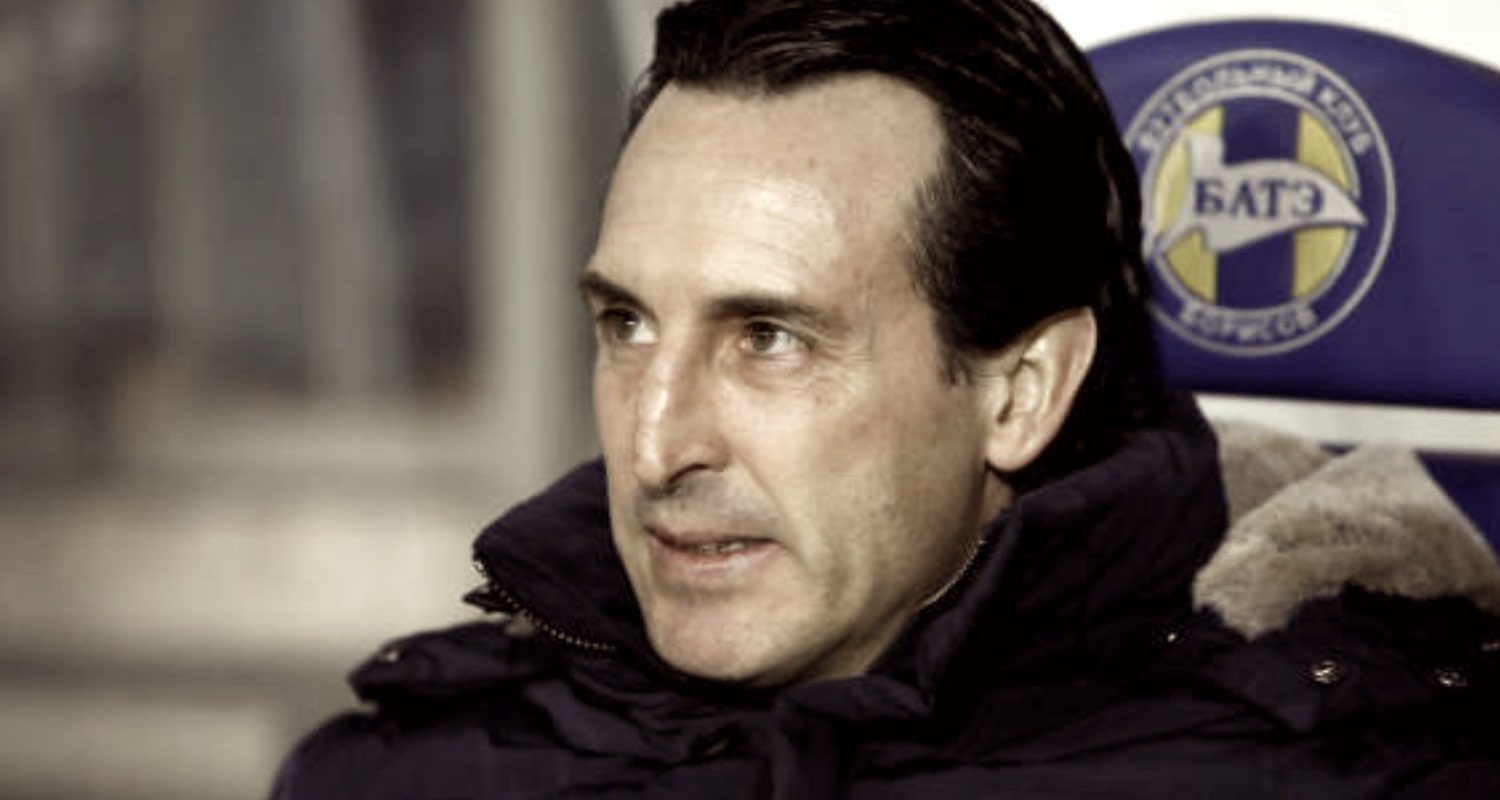 “What on earth have Arsenal become?”, asked Amy Lawrence in the opening line of her match report from Belarus last night. It’s a question I wish I could answer properly this morning, but if I said we were cautious, one-dimensional and ineffective for most the 1-0 defeat to a team that hasn’t played a competitive game of football in two months, I think that would be just scratching the surface.

Last night was not a hammer blow to our hopes of qualifying for the next round of the Europa League, because we do have the second leg at the Emirates next week, but it was a performance and a result which raises red flags all over the place for me. I understand that this is a squad that needs better players, and I’ve said more than once that the club’s failure to back Emery in January after we lost three key players to injury has made an already difficult job even more so, but that team should have been able to win that match comfortably last night, and it didn’t.

By way of contrast, here’s the team which played Borisov last season – while they were fully match fit and not in the middle of their pre-season preparations too: Ospina, Mustafi, Mertesacker, Holding, Nelson, Wilshere, Elneny, Willock, Maitland-Niles, Walcott, Giroud – the subs were: Macey, Da Silva, Dragomir, Gilmour, McGuane, Akpom, Nketiah.

You can’t tell me the team we had out last night was worse than that. It was, injuries and out of favour Germans aside, basically the strongest team we could have picked, bearing in mind Aubameyang was just back from illness – but he was still on the bench along with Denis Suarez and Lucas Torreira. There was some depth to what Emery had to work with last night. The team last season scored four times, winning 4-2 in the end – last night’s returned to London with their tails well and truly between their legs, and rightly so.

It’s worth pointing out that it should have been different. Early on Iwobi’s fantastic pass set Kolasinac free down the left, his low cross should have been converted my Mkhitaryan but he could only hit it straight at the keeper. A bad miss. The Bosnian was our main/only creative threat on the night, and it was his cross to Lacazette which saw the Frenchman fluff his lines and head over. Two glorious chances which would have changed the game, and we couldn’t take either.

Having had a stranglehold on the game early on, it loosened as BATE realised there wasn’t a great deal of craft to what we were doing – GET KOLASINAC ON THE OVERLAP!!! – and they grew into the game without threatening in any great way. Then Monreal conceded a lazy free kick, what Kolasinac offers as an attacking threat is consistently offset by what he doesn’t as a defender, and a thumping header which gave Petr Cech no chance put the home side 1-0 up just before the break. It was the eighth time this season that Arsenal have conceded in the five minutes before half-time (via @Orbinho) – no longer can that be viewed as an unfortunate coincidence rather than a fundamental flaw in how this team is being set-up and prepared.

There were no half-time changes from Emery, instead the same players did the same stuff. We got it to Kolasinac, he tried a cross, repeat to fade. It almost brought us a goal when Lacazette had the ball in the net but he was just offside, and it was the 69th minute before Aubameyang and Torreira were sent on for Maitland-Niles and Xhaka. We reverted to a back four, and then we sent on Suarez for Kolasinac, went to a back three again and basically everyone looked confused. I don’t know what Emery’s plan was, and I’m no master tactician by any means, but when you have two excellent strikers, I struggle to understand what they were doing picking the ball up on the wings. Perhaps desperation to make something happen because nobody was giving them any service – if only we had a playmaker of some description in our squad – and I’m pretty sure that frustration played into Lacazette’s red card.

He lashed out and can have no complaints, but it was the 85th minute and he’s having to make tackles on the halfway line in a game when we need a goal. I don’t condone what he did but I have some sympathy because it must be a pain in the hole to be a striker in a team which only has one way of creating chances and the manager has taken that player off to put on someone who looks like he’d be blown over in a stiff breeze. We never looked like scoring the goal which might just have made last night not completely unacceptable, and when the final whistle went the alarm bells started ringing for me.

What is Emery doing with this team? Why are we playing three central defenders against opposition like this? What were his substitutions about? Why do we only have one way to create chances? Are the players buying into his methods, because they looked as if they didn’t really know what they were supposed to be doing? And even in football where bad results happen all the time, how are we supposed to rationalise a defeat to a team as poor as BATE Borisov in the context in which this game has been played?

Don’t talk about the pitch, it’s the same for both sides, but knowing it’s a ploughed field, maybe don’t take intricate short corners which end up doing nothing but pushing us back towards halfway. Is this man not supposed to be renowned for his attention to detail and in-game management? We didn’t see any of that last night, and I fear that this is a team which isn’t responding to what he’s doing. Just over six months into the job, that’s a real worry, and I don’t think it’s even a case that they don’t want to – I just think the chopping and changing of formations and systems coupled with a deeply cautious outlook makes it hard for them to understand exactly what he wants. There’s no sign of cohesiveness on the pitch, there hasn’t been for some time, and each subsequent game does little to suggest any kind of incremental improvement in that regard.

Even if you want to dismiss this result as a one-off, can you really shake the worries from the back of your mind about how the rest of the domestic season is going to play out? If we can lose to a team this poor that hasn’t played since mid-December and whose fitness is far from optimum, we can lose to anyone in the Premier League. And when you consider how we’re probably going to need somewhere in the region of 30 points from our last 12 games to secure a top four finish, last night’s performance – from both players and the manager – was very disquieting indeed.

Emery said afterwards that he was ‘happy’ with the players and their work, which probably makes him about the only man on planet earth with that opinion. I don’t excuse them from what they produced on the night, but ultimately the man responsible is the one who picks the team and dictates how we’re going to play – that falls squarely on Unai Emery’s shoulders.

Sometimes you see a performance and a result which, as much as you try and compartmentalise it, creates nagging doubts that are almost impossible to dismiss. Last night was one of those for me. I suspect we’ll have enough to turn this game around at home next week. As for what lies between now and May, I really have no idea what we’re going to see, but if we have too many more nights like last night, very serious questions will have to be asked about the direction this club is going in.

For more on the game, check out the new Arsecast, recorded last night after the game and I chat to Tim Stillman about what we saw and all the rest. All the links to listen/subscribe are below. Enjoy (you know what I mean).