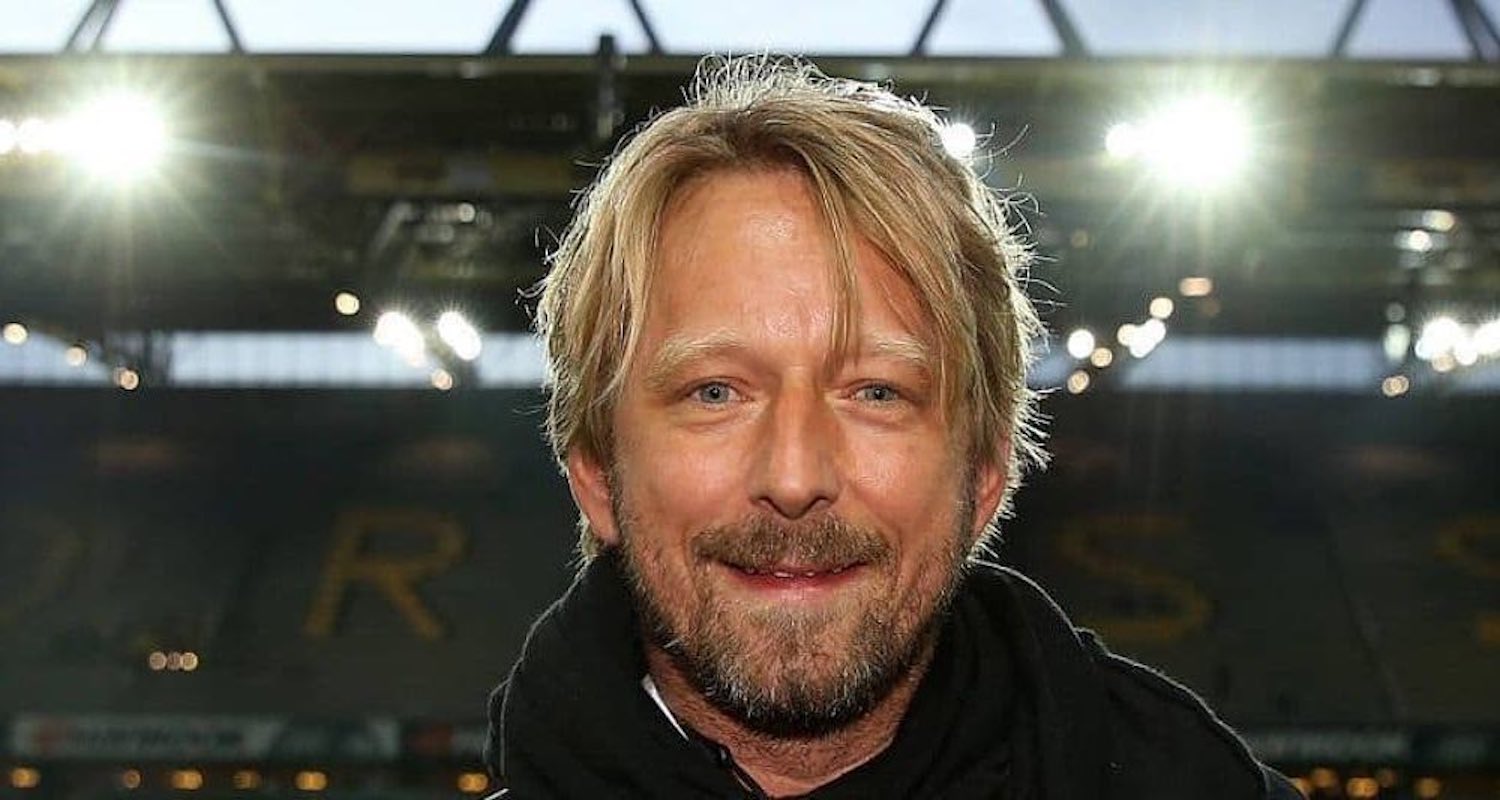 The last 12-18 months have seen Arsenal undergo substantial change. A while ago I put together a timeline of Ivan Gazidis’ Catalyst for Change, detailing every new appointment, the departure of a manager who had been in situ for 22 years, and the myriad backroom changes which took place.

What provided some hope was that we’d modernised the structures, bringing Arsenal up to date with how some of the biggest football clubs were run. The appointment of Raul Sanllehi, former Barcelona Director of Football made sense. So too did that of Sven Mislintat, made Head of Recruitment with a promise to become the club’s Technical Director once the messy business of firing Arsene Wenger was done and the dust settled. The long-standing Chief Executive Ivan Gazidis was the figurehead of this trident, and the three men would work together to help restore Arsenal to a level we all wanted it to be at.

On paper it made a lot of sense: Mislintat was the talent spotter, a man who had brought through the likes of Aubameyang, Kagawa, Hummels, Mkhitaryan, and Dembele at Borussia Dortmund. Sanllehi was a bit of a David Dein, a man who had plenty of contacts from his time at Nike, a business man more than a ‘football man’, but who could get deals done. And Gazidis, well Gazidis was Gazidis, the link to the owners.

Back in April I wondered how all three would work together, whether the vacuum left by Wenger would see them view it as an opportunity for greater control. Fast forward a few months and it looks like Sanllehi is the man who has come out on top. The reports yesterday that Mislintat’s departure was more or less imminent are very worrying. Amy Lawrence writes in the Guardian about the qualities he possesses, not just as a football executive but as a person – someone who isn’t afraid to do things his own way, the kind of person a club that has been known to be staid and risk-averse could do with.

Over on ESPN Rafael Honigstein’s report indicates quite clearly that the issues the German has are not so much with Unai Emery, but with Sanllehi. His influence has waned over the last few months, suggestions for players have been ignored, and the promotion he was promised to become Technical Director was never ratified. That could well explain the links with former Gunner Edu, who we’re apparently keen on bringing back to the club, but it casts a real shadow over the structures that Gazidis put in place, not least because as soon as it was all done he buggered off to AC Milan. Regardless of how good the offer was from them, you have to wonder why, after being in Wenger’s shadow for so long, he was so quick to depart.

In his short time as Head of Recruitment, I think it’s fair to say that Mislintat’s arrivals have been a mixed bag. Some of that is because there were very short-term gaps to fill, but as David Ornstein points out, his job was one which involves long-term planning and with no assurances as to his future at the club, you can understand why he might feel he’s been marginalised and thus forced out. The signings of Lucas Torreira and Matteo Guendouzi were the ones that caught the eye, young talent that had flown under the radar a bit, but that looked like the blueprint going forward.

It’s interesting that both the Honigstein and Ornstein reports say that Mislintat’s approach to recruitment, based on analytics and in-depth scouting, were at odds with Sanllehi’s ‘contact driven’ one, and clearly that’s a worry because it’s a bit of a throwback. It’s not to say having good contacts in the football industry is a bad thing, but if you’re making transfer decisions based on who you know in the game rather than what you know about a player, you’re doing it wrong. It’s a bit Harry Redknapp or something, your agent mate has a player who would be perfect, easy to get it done, lovely-jubbly. But the combination of the analytical identification of talent, plus the ability to close transfer deals seemed ideal.

At a time when we’re struggling to see what our strategy is on the pitch, as Unai Emery’s team lurches from one formation to another without any discernible improvement in key areas, especially defence, at least we had the safety net of a clear recruitment strategy off it. Sven would spot and identify talent, we’d gain an advantage from finding young players who had big potential who we could bring in for relatively low fees, and grow them into top players. He has a track record of exactly that in his career, and that’s why we brought him in. Raul, with his business head and ability to schmooze, would get the deals done with a minimum of fuss – no more arsing around on deadline day and all that – and the coach would work with the players.

Now, all of this plays out against the backdrop of KSE’s ownership. Unwilling to put any money into the team to make it more competitive, our chances rested in large part on this recruitment strategy. It made a lot of sense on a lot of levels, we had a top talent spotter and a guy who could get the deals done. After that, it was the coach’s job to make things work on the pitch, and now it looks as if all that is about to be blown up.

What is the strategy for recruitment now? Is it down to Sanllehi, a man who undoubtedly brought some great players to Barcelona, but there it’s not as important to get the deals right because there’s always money for another one. When you’re a club like Arsenal, especially this current iteration, it’s crucial that the limited resources we have are used as well as possible. So let’s not ignore that Sanllehi bought some real duds in his time at the Camp Nou too, for big money – some of them from us! – so if it’s now down to him I’m worried.

He’s also not a scout, not someone who can spot talent, unearth those rough diamonds. He’s a businessman who has worked in football for years, so who is going to find the players? Sanllehi’s contact book? As a club we have more or less the same team of scouts around Europe that we’ve had for years, Mislintat might have made an addition here and there, but after just 14 months in the job his ability to effect serious change on that level was limited but something he could address going forward. And now he’s on his way out.

It looks as if Unai Emery is having a greater input into transfer targets as Mislintat’s recommendations were apparently ignored. It’s not a coincidence that the two players we’ve been most linked with this January, and two players we’ve had actual contact with, are players that Emery has worked with previously. He badly wants Ever Banega, and you can understand any coach wanting a player he really trusts, a kind of on-field lieutenant, but rightly enough the arrival of another player around 30 who would demand big wages was questioned. Then we have Denis Suarez who spent a season on loan with Emery at Sevilla, and while I don’t blame him for wanting players he feels can do what he wants, if it’s at odds with an overall strategy then it’s little wonder things have broken down behind the scenes.

Let’s also remember that Emery’s success at Sevilla was helped greatly by the work of then Director of Football, Monchi. It wasn’t the manager picking the players, it was the man who had a real eye for talent and a good deal for the club. And at Arsenal Sven Mislintat was supposed to be that man. Instead, he’s basically been ousted by Sanllehi who now finds himself well and truly under the spotlight.

What will he do to replace Sven? How effective will our transfer policy be? What kind of players can we attract to this club? Will he fight for whoever our coach is now and in the future to give him what he needs to make us successful on the pitch? Has his motivation in all this been about what’s best for Arsenal Football Club or what’s best for Raul Sanllehi?

He is our Head of Football. That means ALL decisions relating to how the football side of this club is run are ultimately made and signed off by him. He has put himself under real scrutiny here, and I genuinely hope that he’s good at his job, because he’s going to need to be. There is no hiding place, particularly in a month when we’re being told that the only deals we can do are loan deals.

I’m not at all convinced that his approach to making transfers is the best one, but time will tell. We might get someone good in to find us the players, a new head scout or something similar, because there is a gap when Mislintat leaves that has to be filled. I don’t think Edu is that guy, as well regarded as he is he’s more involved in operational side of things than the kind to be out watching games looking for the players.

Another thing to consider is that a good recruitment policy doesn’t just save you money, it can make you money. When you’re a club that is ‘self-sustainable’ as we are and always will be under Kroenke, the need to find young talent that can be developed is so, so important. They obviously help you on the pitch, and while we might not like the idea of selling good players, the transfer fees can help spark renewal – particularly if you’ve made a big profit on someone you paid buttons for. That was part of Mislintat’s remit, I’m sure, whereas deals for Suarez/Banega types rule that out.

And finally, it just feels like the hope we had for this new football executive committee to work together for the benefit of the club has evaporated. The timing of this is terrible, coming during a slump in form and at a period when our domestic season could be over inside a couple of weeks. Of course we could win our next two games and everything would feel better, but one of the cornerstones of our new approach, of this new Arsenal, is crumbling and it’s hard not wonder what might be next.