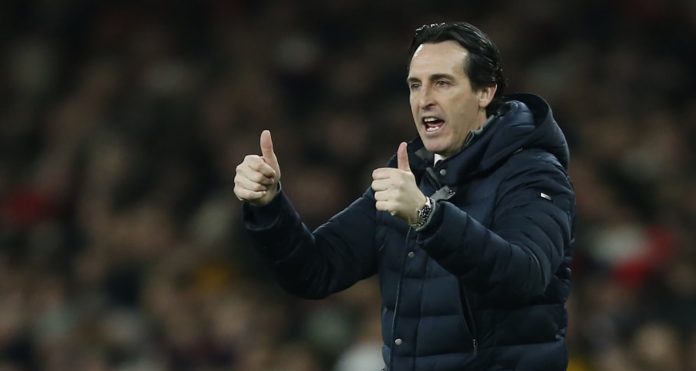 Welcome to a brand new week. The sun is shining, the skies are blue – but it’s still January so it’s frickin’ cold. In case it has slipped anyone by, I do not like the cold, which is rather unfortunate given it’s cold here quite a lot. I’d be open to a move, but who’d have me? Any takers?

There’s still very little out of the club after Friday’s defeat, and as Andrew said yesterday, you can understand that. There’s simply not much to say. As miserable as it seems to observe, it was a game that felt to me very much like one we’ve seen many times before, and labouring the point feels a bit of a waste of time. Plus, one thing people might like to say – “sign some players!”, for example – seems likely to be met with disappointment (more on that later).

On the other hand, as noted by @gunnerblog, the performance on Friday night wasn’t exactly bad, especially not relative to the Chelsea game, we just got caught out and these are the fine margins on which games are decided. I’m not sure that makes it more or less palatable – you’d hope we’d have learned about such fine margins by now – but there it is.

One thing I was quite interested by was a point made during the commentary on Friday night, which was that whether Arsenal fans in general feel that Emery is doing a good job. It’s actually quite an interesting question I think, particularly because the commentators seemed to be making the case that Arsenal fans don’t think so (as if our collective will can be determined for all time at one particular moment with no room for nuance). Personally, I think on balance, yes, he is doing a good job, particularly considering the context of taking over from a manager like Arsene, and if you compare it with the cock up United made with their major management transition, he’s doing an excellent job.

One thing that I remember being an almost universal opinion when he took over was that he would need at least a couple of transfer windows to start making an impact. I think there was room for him to make change and have an impact in other ways – using the current playing staff – but it’s certainly fair to say until he’s able to start bringing in players he really wants and shape a new team, what he can do is going to be limited.

The problem, as we’re seeing, is that his hands seem to be tied in that respect. I think he’s been quite clever, or at least the situation has favoured him, in that where I think Arsene might’ve said something along the lines of it being his choice not to spend money in the window unless he could find a player with real quality and deflected ire towards himself and away from the club, Emery has been quite clear that he’s being limited to loan deals by the financial situation at the club.

The financial situation is confusing to me given it wasn’t that long ago we were told if we wanted to go out and splurge an enormous amount of money that we could, whereas now we’re limited to loaning players, but my knowledge of the club’s finances are superficial to say the least. I do understand that the absence of Champions League income makes a big difference to the overall picture, and we’re committed to a self-sustaining model, but to go from being able to sign anyone we like to only being able to loan players is a big swing. I’m sure someone with a deeper understanding can explain how that situation has come to pass, but it’s quite the change.

Ultimately though, in the context of the question of whether Emery is doing a good job, and the premise that he’d need a couple of transfer windows before it was fair to judge, we’re not going to be able to decide that if he can’t spend any money.

In transfer news, it’s being widely reported that mooted target Ivan Perisic has handed in a transfer request at Inter Milan. However, it seems Inter want a permanent deal, and as we’ve already discussed, permanent deals aren’t something we’re prepared to do right now. That would seem to suggest the prospect of the Croatian joining is a long shot, but with Inter apparently interested in Ozil, it’s possible some kind of swapsies might be possible, although such deals can be very difficult to work out, so whether that makes sense to anyone is another matter.

There’s nothing further on Denis Suarez or Christopher Nkunku, but you have to hope things are going on in the background. A couple of new names are that of Malcom, of Barcelona – another possible loan – with him potentially costing £50m if we wanted him permanently, and Pablo Fornals of Villarreal, who supposedly has a £28.5m release clause in his contract. Again, with us only able to sign loan deals during the January window, I’m confused as to where we’re going to get £78.5m in the summer.

Finally for today, an interesting piece from Andrew Allen on Arseblog News yesterday, with former head of Arsenal’s Academy saying that football’s promising young players should avoid English football if they want to make it in the game.

That’s your lot. As ever, you can catch up with any news on our possible transfers during the day over on Arseblog News. Arseblogger will be back tomorrow, so thanks very much for putting up with me, and I shall talk to you again sometime soon – hopefully after I’ve secured my own transfer to somewhere warm and sunny.