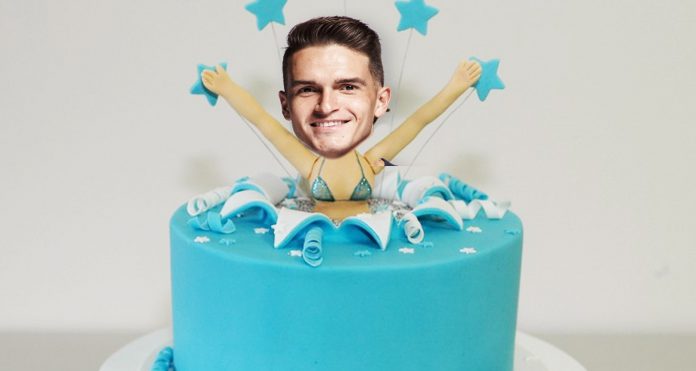 In reality it’s a day of some importance for Arsenal because we are actively trying to get deals done. It looks as if Denis Suarez will happen because last night Barcelona basically announced it, saying the player had signed a contract extension and would join us on loan for the rest of the season. It included the detail that we’d pay his full salary and that we had an option to buy.

Then all of a sudden they deleted it, citing a ‘technical error’ which is probably more to do with the fact that the Arsenal creative team had prepared a hilarious and zany signing video in which a distraught looking Unai Emery is sitting dolefully in his office staring at a checklist of his broken defenders. We see a faded Hector Bellerin and Rob Holding scampering through a field of lilies together, holding hands, their cruciate ligaments in perfect working order. A lens flare and then we cut to Sokratis, like Leonidas in 300, battering away at a horde of Jesse Lingards with blood and guts all over his muzzle. Horizontal fade back to Unai. A CGI tear rolls down his face, plinks onto his desk, and in the reflection he sees Stephan Lichtsteiner dressed as Postman Pat and for once his delivery is perfect and he brings in a massive cake.

“Cheer up Unai, we got you something you’d like” is written in icing along the side, and just as he’s about to give everybody a slice, out pops Denis Suarez in a bikini with the words “ON” and “LOAN” across each breast, while carefully written in lipstick across his belly are the words “OPTION TO BUY” with an arrow pointing to his special area.

I mean, what else could it be?

So, it looks as if Denis Suarez will be an Arsenal player between now and May but probably not beyond that unless he does really well and we’re all super-impressed and we have some actual money to buy him with in the summer which isn’t a given when you consider that, you know, we have to basically buy a new defence!

Beyond that, it looks as if Ivan Perisic is going to stay at Inter Milan – our hopes of adding to the Club 30 group are dashed – while a deal for Belgian international Yannick Carrasco doesn’t appear to be a possibility at this point. I did see yesterday that some paper reported that the ‘language barrier’ was an impediment to this particular transfer – because there are so few people in the world who speak both English and Chinese. If only we’d been able to find that needle in a linguistic haystack.

However, via David Ornstein comes the news that we’re still on the case of PSG midfielder Christopher Nkunku. There’s some suggestion that he is one of our summer targets, but given all our defenders are bollixed we might as well bring in two midfielders this January. Whether this is a loan deal, or a Wimpy transfer (I’ll gladly pay you June for a midfielder today), we don’t know. We’ll find out soon enough, I guess.

Interestingly, there were reports from Germany last night that Mesut Ozil had turned down a loan move to PSG who are looking for someone to replace Neymar who has picked up a metatarsal injury that will see him sidelined until April. Apparently he doesn’t want to go on loan, but when you consider all the clubs in Europe who might be able to afford Ozil’s wages this summer it’s a link worth keeping an eye on even if it’s unlikely anything further will happen before the window closes today.

Speaking of Germany, it appears as if Emile Smith Rowe will join Reiss Nelson in the Bundesliga as he’s off to spend the rest of the season at RB Leipzig. I’m sort of in two minds about this because while I think it’s a good move for him and the regular football will help him, I also wonder if he might actually be useful for us. I mean, if he’s good enough for a top four club in Germany couldn’t he also be an option for Emery, particularly as the season goes on and we’re competing domestically and in Europe (hopefully)? Still, they probably see the arrival of Suarez as one which gives us enough depth, so best of luck to Smith Rowe who I think is the cream of our current young, crop and someone who should be pushing hard for more regular football with us next season.

We might even make it a German trio as Eddie Nketiah is being linked with a loan Augsburg – where Jens Lehmann was recently made a coach. Again, I can see how this would benefit the player if he got some first team football under his belt, but with Danny Welbeck still out, it places a heavy burden on Pierre-Emerick Aubameyang and Alexandre Lacazette, and removes what little bit of a safety net Nketiah provides. For example, if we win our first leg against BATE convincingly, that’s exactly the kind of game the young striker could start, allowing Emery to rest his main men, and without him he’d surely have to play at least one of them. Let’s see what happens.

All will become clear between now and the end of the day, and as we are nothing if not gluttons for punishment, we’ll be live blogging right up until 11pm. We make no promises as to clarity of thought by that point, but whatever happens from an Arsenal point of view, we’ll bring you everything that happens.

You can find the Transfer Deadline Day live blog here, and I’ll be back tomorrow with a round up of everything that goes on, and an Arsecast, so for now I’m going to load up on coffee and see where the day takes me.

Right, I’ll leave it there for now.