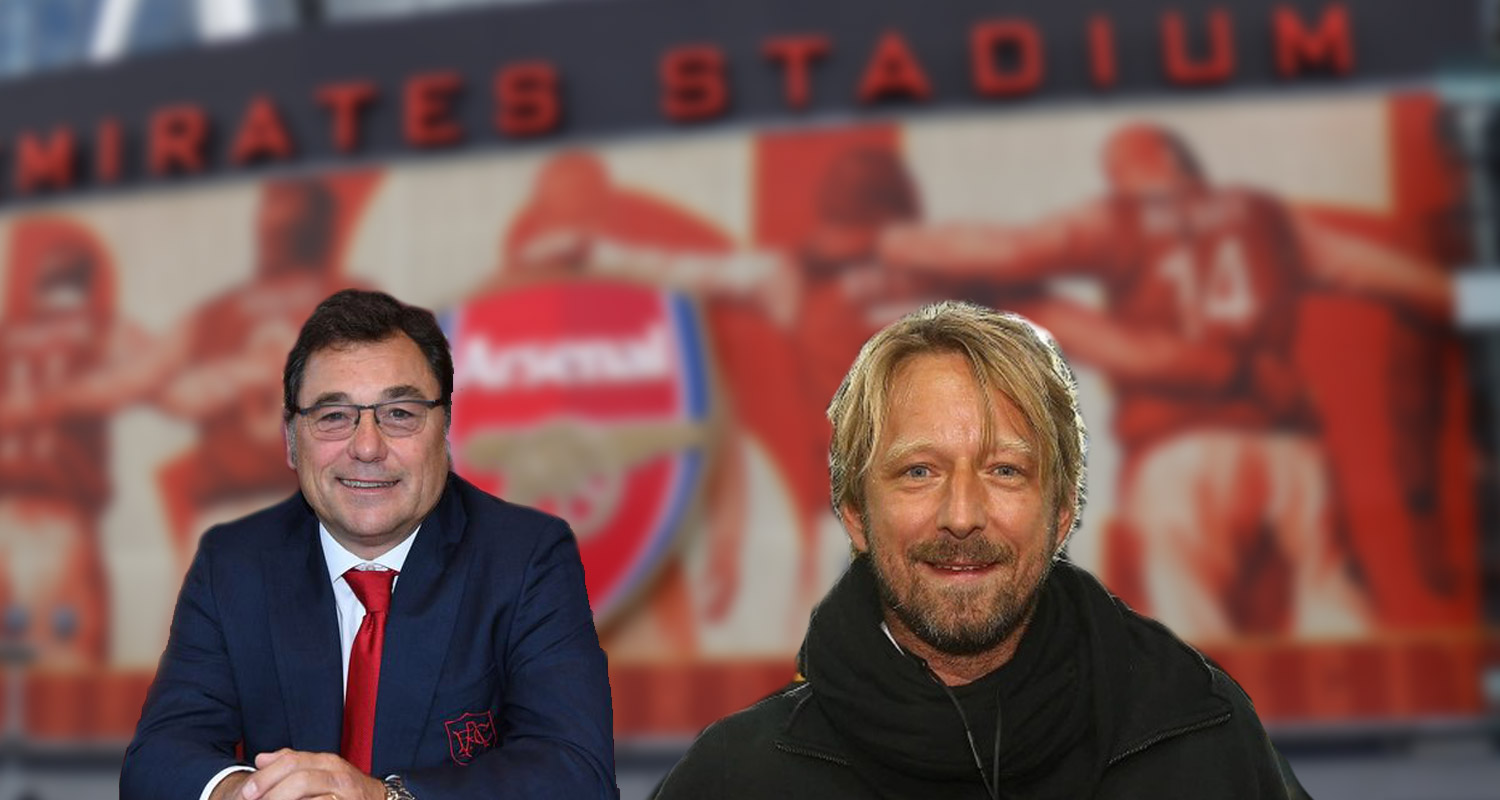 It’s a bit strange after such a hectic period to have no midweek game, but it’s not the worst thing for Unai Emery and his squad. It’s felt as if things have been just about held together due to injuries, and a good week on the training pitch will be beneficial. We know the two long-term ones suffered by Danny Welbeck and Rob Holding have had a significant impact, but so too the minor ones picked up by Hector Bellerin and Nacho Monreal, while Mustafi’s absence leaves us without a body in an area where we’re really short.

Hopefully we’ll see some of these guys back when we pick up in the Premier League on Saturday against West Ham. Whether there’ll be any new faces in the squad by then remains to be seen, but I have to say I’d be surprised. The links with a permanent move for Barcelona’s Denis Suarez strike me as a bit odd, with some reports saying we want him on loan because we don’t have the funds for a purchase in January.

I feel bit like Fat Tony from The Simpsons whose wife was, as we all know, very exercised about the money. Where is the money? And so on, and so forth. Could it really be that we can’t buy an established player for €18m when the likes of Bournemouth are spending more than that on a fledgling attacker from Liverpool?

I know the people who have been looking closely at our finances are predicting a loss when the next financial results come in, but given KSE’s 100% ownership there isn’t the same transparency around our finances than there was, so it’s hard to tell. There are usually financial results published in February and September, and in 2018 we got the early one, but as far as I can tell we haven’t seen the latter. I assume this is because now that we’re privately owned there’s no obligation to do that.

What about our transfer spend last summer then? Based on the spreadsheets of deals we’ve put together, our income was last summer around £11.2m with players leaving and loan fees, with an outlay of around £72m on four players – Leno, Torreira, Sokratis and Guendouzi, plus Lichtsteiner on a free. That’s a £60m deficit. In 2017-18, we pulled in a whopping £128.5, and spent £103.5m.

The big issue was the increase in wages. Mesut Ozil’s renewal in January saw him leap from around £130,000 per week to £350,000 per week. We swapped £120,000 per week Alexis Sanchez for £200,000 per week Henrikh Mkhitaryan (not the best bit of business we ever did, regardless of how desperate we were to get rid of the Chilean). Pierre-Emerick Aubameyang arrived on around £200,000 per week.

We’re spending three-quarters of a million pounds per week on those three players alone, and getting value for money from just one of them right now. That issue is compounded by the fact that valuable assets we could have sold to rejuvenate the squad are being allowed to leave for free. We don’t need to go into the details, but we all know who they are, and it’s little wonder that Raul Sanllehi spoke about how we need to improve contract management, and how we deal with players in the longer-term. You can’t make a player sign a new deal, but you can generally sell him without allowing his contract to run down and seeing him leave for free. Clubs do it all the time. We need to be one of them.

Then there’s the way we’ve spent money. The desperation, end of window signings that cost us too much – rather than get a better deal from a selling club by haggling right until the end, they’ve had us over a barrel because they knew we had to buy. The £35m outlay on Shkodran Mustafi is ludicrous, even in this over-inflated market, and then think of someone like Lucas Perez and how much he cost us.

We spent £18m on a player Wenger was categorically told wasn’t quite at the level Arsenal needed, but desperate times and all that and we brought him in. He played quite well in fairness to him, but clearly the manager was never fully convinced and he barely featured. We got a £1m loan fee from Deportivo last season while still paying the majority of his wages, and this summer we sold to him West Ham for £3.5m. That’s a £14m hit, plus his wages, on a now bit-part player for a mid-table team – one who will probably do us some damage on Saturday now I’ve said that – but it’s money badly spent and it’s far from the only example.

I highlight this not to criticise, per se, but to illustrate the job the people now running the football side of the club have to contend with. There has to be a change in how we do transfer business in and out. It’s needs to be far more strategic, and we saw some evidence of that this summer as all incoming business was completed by mid-July. There was no last minute scramble, and as tough as it might be to take, continuing on that kind of theme might mean not making January deals to ensure we can get the players we want in the summer.

Short-term pain for long-term gain? If we bring in a Denis Suarez type on loan, all well and good, but I’m not sure he’s the kind of player we should be spending a chunk on in January. He feels a bit Lucas Perez in terms of his talent. Decent, but ultimately limited. I know not getting into the Barcelona team is a testament to their quality as much as his, but I’d also have concerns about paying for someone who has hardly played any football this season with the hope he could make a significant impact between now and May. A loan obviously mitigates that risk to a very large extent.

I hope that last summer saw signs of where our transfer policy is going go to. There were some stop-gap signings, Sokratis and Lichtsteiner were certainly those, but in Torreira and Guendouzi we saw young, relatively unknown and relatively cheap talent come in, and there was an attempt to fix the goalkeeping position in the long-term with a substantive purchase there. The jury’s out on Leno for me, but at least it made sense on a lot of levels.

I think that identification of young talent is where we need to go. If we don’t have €18m to spend this January, it makes the summer even more important, and that we use what we have as well as we can. Why a club like Arsenal is so restricted is another kettle of fish altogether, but that seems to be our reality right now, and the chances of KSE actually putting any money into the club are minimal to say the least.

To be competitive, we need to be better and smarter than we have been. Better at selling, better at buying, better at managing player contracts, better at producing talent from the academy. Even then it will remain a big challenge, but it’s more or less the basket in which all of our eggs are. Can Sanhelli and Mislintat give us that edge?

This January will give us further insight into how they work, so let’s wait and see.