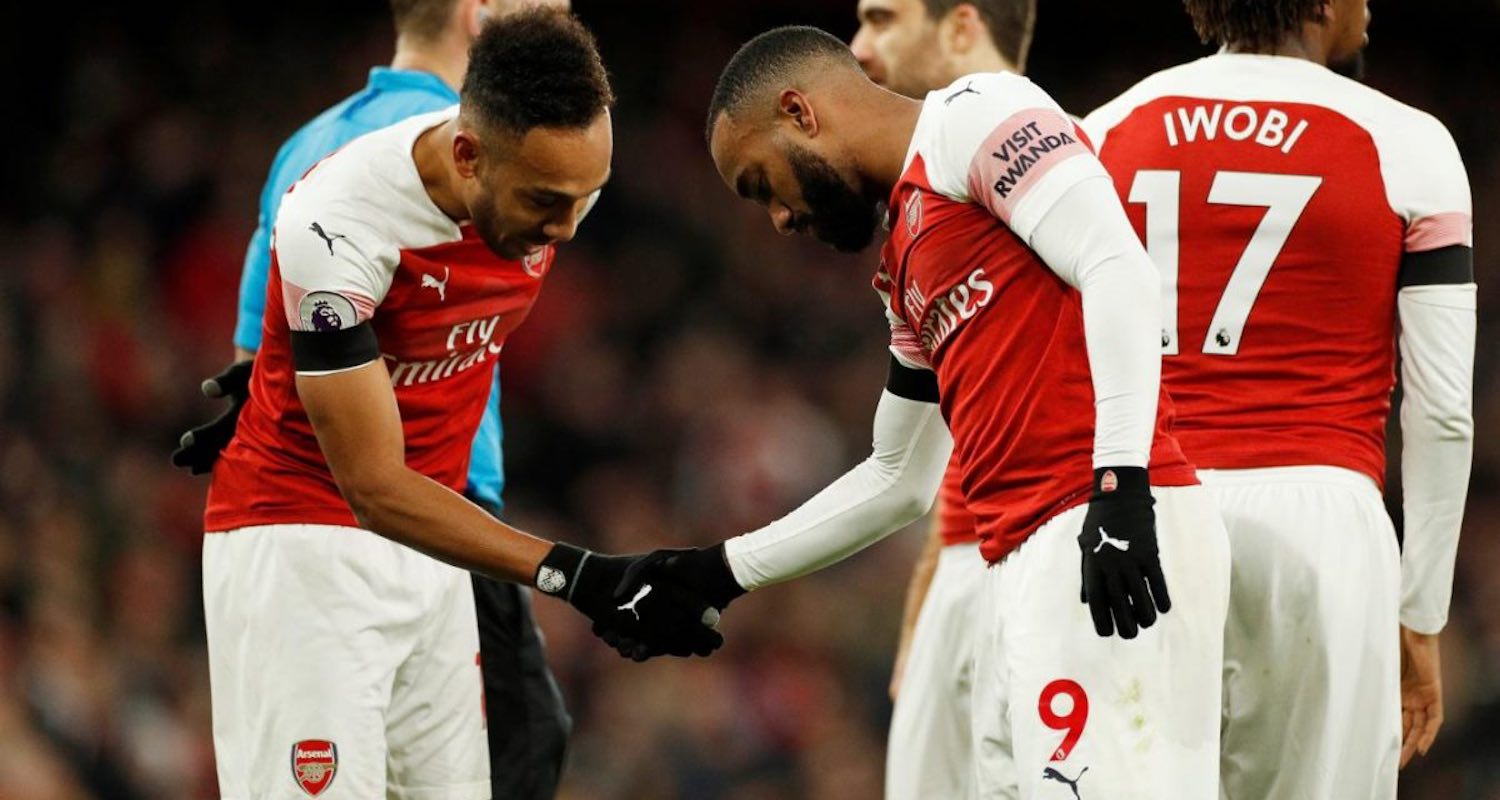 Well, 2019 began a lot more positively than 2018 ended. Arsenal needed a response after the 5-1 defeat to Liverpool, and we got exactly that by sticking four past a team in the relegation zone.

The back three returned with Ainsley Maitland-Niles on the right, and both our strikers started. There was an early chance for Aubameyang, set up by Iwobi, but he couldn’t hit the target under pressure at the near post. You could hear frustration from sections of the crowd as we struggled to move the ball into dangerous areas quickly, and as ever there were moments when we rode our luck defensively.

Ryan Sessegnon found himself with just the keeper to beat and with a man outside him who would have had a tap-in, but he curled his shot wide. Not long after that we were opened up from the right hand side and the same player inexplicably kicked fresh air rather than the ball at the back post, and the game could have taken on a different complexion had he taken one of those chances. It’s been a recurring theme this season, it happens with such frequency that it feels like it’s something we’re just going to have to learn with live with until such time as we buy some better defenders or Unai Emery manages to organise the ones we have better.

Fulham came to regret squandering those opportunities as we went ahead almost immediately after the second miss. Kolasinac fed Iwobi whose cross fell for Xhaka in the box and he finished calmly to make it 1-0. He could have had a second but saw his effort blocked, and while it was strange to see him make so many forays into the opposition penalty area it was an effective tactic at that point as we weren’t really creating enough from elsewhere.

Again Iwobi created a solid chance for Aubameyang, but he headed wide, and Lacazette’s good work forced the keeper into a save at his near post as we took the one goal lead into the break. Good work early in the second half from Aubameyang, Iwobi and Kolasinac helped create the second for Lacazette, his calm but emphatic finish doubled the lead, and the French international was denied a second a few minutes later by the keeper. We should have been out of sight, but that defensive brittleness saw them get one back.

Torreira got caught on the ball after a Koscielny pass put him under pressure, it might have been a foul but the referee played on, they worked it down their left, crossed to the back post and the striker applied the easy finish as he came in unmarked with Guendouzi and Kolasinac guilty of ball watching.

Emery’s reaction to that was to take off Lacazette and put on Aaron Ramsey, a decision which was not met with universal approval. Even if the striker was unhappy he did a lot to quell the disquiet from the stands by urging his teammates to concentrate, and it was a substitution which paid dividends when the Welshman got the third a few minutes after coming on. Kolasinac crossed for Aubameyang whose near post shot cannoned back off the post and into the path of Ramsey who took one touch to control the ball and finished beautifully with his second.

Guendouzi played Aubameyang through but again he couldn’t beat the keeper, but eventually the goal came for him after a corner saw us work the ball to the far side of the box, he took a shot which deflected off a defender and looped in over the keeper to make it 4-1. It added the kind of gloss to the scoreline that reflected the number of chances we’d made, and even though we failed to keep a clean sheet – it’s just 3 in 21 games in the Premier League this season – we did make up some of the goal difference that had taken a pounding at Anfield.

We needed to win today. We spoke before in the dressing room about today being one day where we can be consistent here with our results. We knew that today we could win three points and that the three points would give us security in the table. We are behind the first four teams in the table, but we want to continue to be close and maybe in the future we can be in the top four if we take our opportunities.

It leaves us just 2 points off the top four but having played a game more than Chelsea, and 6 ahead of Manchester United who can close the gap to 3 points if they beat Newcastle this evening. Still, it was a game we had to win, and you can’t argue with the result. The quality of the chances that Fulham had before we scored were concerning, but that’s just part of who we are right now.

I thought it was a positive day for Alex Iwobi who, in the continued absence of Mesut Ozil, takes on a lot of the creative responsibility. There are still elements of his game which frustrate, but with two assists and a goal in his last four Premier League appearances, there are signs that he’s beginning to find a bit of form, so fingers crossed he can continue on this upward trajectory.

Up next an FA Cup trip to Blackpool then a free midweek before we go to West Ham in the Premier League. As for any potential incoming transfer business ahead of that game, we’ll have to wait and see, but Emery sounded semi-hopeful, saying:

Under Arsene Wenger we knew exactly how to read between the lines of his transfer market utterances, and we don’t yet have that with Emery. Not to mention that the whole set-up is different now, and it’s not the coach who calls the shots in that regard. I have no doubt the Spaniard would welcome a couple of new recruits who would add some quality and depth to his squad as he continues the top four scrap, but what he wants and what he gets may well be two different things. It’s down to Raul Sanllehi and Sven Mislintat to do the business, and up to KSE to sanction it.

News yesterday that all departments in the club received an email asking them to make cost-savings wherever possible might well be seen as normal business practice, perhaps a necessary implementation of greater financial efficiency, but that kind of communication makes people nervous for obvious reasons. For staff used to getting a happy new year and thanks for all your hard work missive, this was markedly different and that it comes as KSE now have 100% control of the club is no coincidence.

It remains to be seen whether such belt-tightening will apply to the football side of the club, but the window is now open, deals can be done, and what happens this month may well be illustrative of what the future holds for us. Emery needs and deserves backing in the market, this month and in the summer, so let’s not take the focus away from the owners who are the ones who claim to have the lofty ambitions of returning this club to the Champions League and genuine competitiveness in the Premier League. Actions speak louder than any words on a corporate document.

Right, that’s your lot for this morning. More from me tomorrow, and news throughout the day on Arseblog News.