Home Arseblog, the arsenal blog Agent talks off the pitch, now it’s up to Ozil to talk... 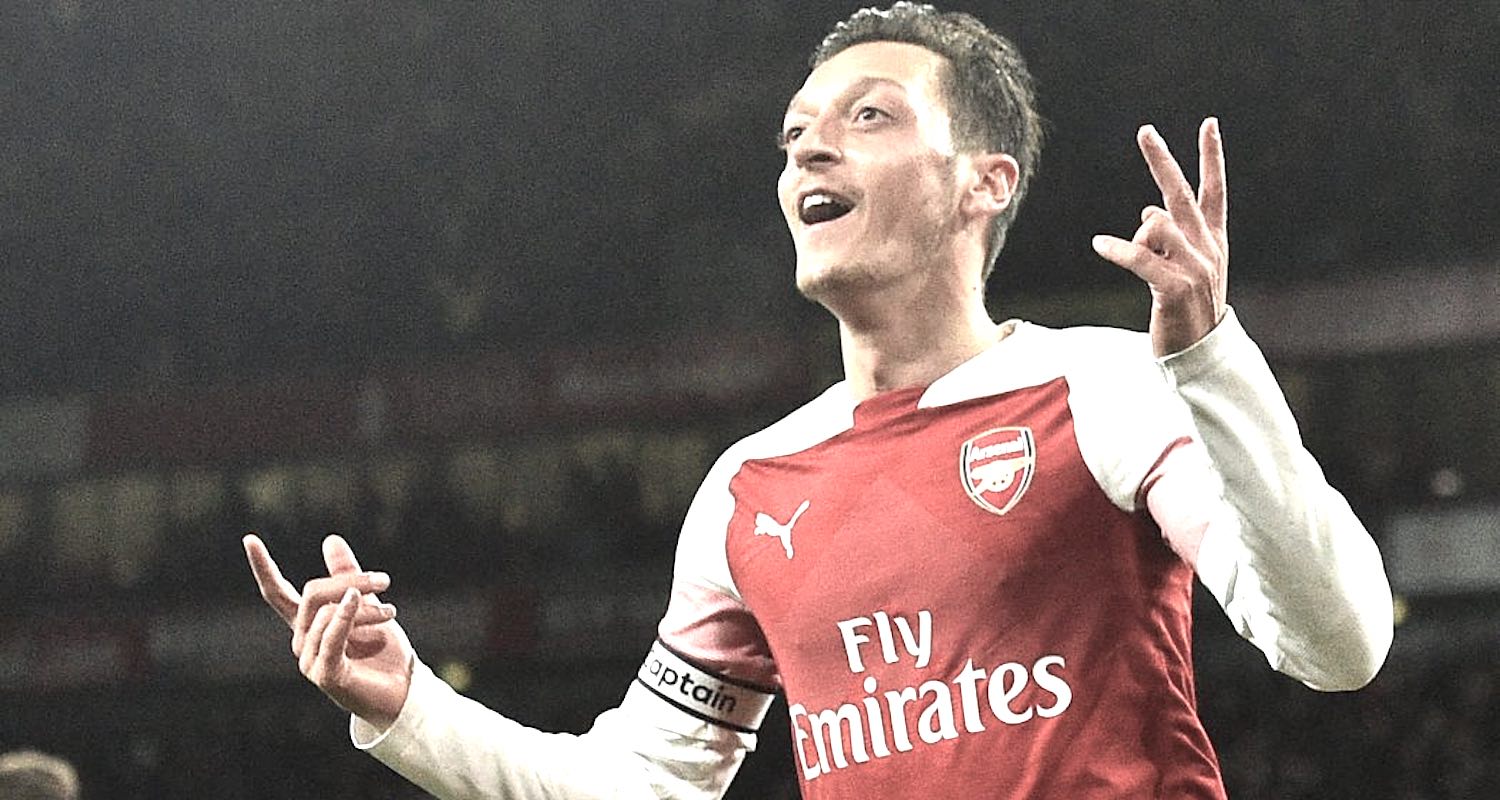 Mesut Ozil is more than a footballer. I don’t mean he’s some kind of ethereal being, but like many of the top names in sport he’s a brand too. It sounds deeply cynical, mostly because that’s exactly what it is, but it’s also true. A PR machine operates behind these guys to ensure that everything looks good, sparkles publicly and makes certain that the 23.6m Twitter followers, 18.7m Instagram followers, the 31.3m Facebook likers, and the hundreds of thousands who watch him stream video games get the best Mesut Ozil Mesut Ozil can be.

It’s an easy enough job when things are going well, not so much when things are going poorly, and of late there’s been much more of the latter than the former. Which is why, after being taken off at half-time against Brighton and subsequently missing a game through a knee injury whose timing was suspicious to say the least, the Ozil Brand Protection people have sprung into serious action.

This time it goes beyond a social media post full of positivity and inspiring emojis, and his agent, Dr Erkut Sogut, has given a lengthy interview with Goal in which he discussed the present and the future, and he could have been more emphatic. To his credit he does acknowledge that not everything in the garden has been rosy:

The first half of this season has not been perfect for Mesut. He has suffered from injuries and illness, and is working hard to adapt to the different system employed by head coach Unai Emery. This may take time, but Mesut will give everything he has to help make it work and bring success to Arsenal.

Then there was a nod to how long he’s been with us:

Mesut joined Arsenal in 2013 and has therefore been a part of the club for longer than most of the current playing squad and even many members of staff. Over those five-and-a-half years, he has shown total commitment and professionalism. He has not spent long periods injured and maintained a high level of performance, as the statistics show. Despite what some may say, he understands the fabric and expectations of the club better than most.

And a nod to stories about linking him with a move away from the club:

The speculation around Mesut’s future has not come from him or us and is unfortunate because the situation is clear: his future is with Arsenal, end of story.

Now, this here is the key. Because if you’re a Mesut Ozil fan, just step back and look at this objectively: if the agent of any other player came out with all this, you’d view it with some cynicism. It is a football agent after all, and his first job – regardless of what he says in the interview about representing Arsenal in the renewal deal – is to look after his number one client and his number one client is Mesut Ozil.

That’s fine, it’s his job and nobody should expect anything else from him, but it’s important to look at the bigger picture here. Sogut has a player to protect, a brand to protect, and it’s one from which the sheen has been taken off in recent months. It’s clear there is some doubt over Ozil’s future at Arsenal, so if there is a move to be made at some point then making it clear that the issues lie with prosaic matters like injury and illness rather than anything more damaging makes perfect sense. That’s just the way the world works, every agent will do it for his player because they understand the realities of market valuation and reputation better than anyone.

Having spoken to a number of people who would know, I’m absolutely convinced that things have been difficult behind the scenes. I think Emery’s treatment of Ozil hasn’t gone down well with a player who was used to things being different under Arsene Wenger. Both he and Alexis were given more leeway than others because of their star status. Under the Spaniard that hasn’t been the case, so maybe the the shock of that has made him ill and caused back-ache and knee problems, but, you know …

At the same time, it’s obvious to everyone that if we had a fully focused Mesut Ozil playing consistently well, then we’d be a much more creative team. Certainly a team that’s more fun to watch, but also the league table shows that we’re the third highest scorers, and our biggest issues lie elsewhere. An in-form Ozil would definitely make us a more potent attacking team, but he wouldn’t make us any more defensively secure and it seems apparent that Emery isn’t willing to live with that trade-off right now.

Football can change quickly though. Injuries, a player given another chance and taking it, a shift in form, and other things can change the perception of an individual pretty quickly. And Sogut nails it here when he says of his client:

He is focusing all of his efforts on getting fully fit, improving his form and consistency, and letting his football do the talking.

And that’s what has to happen. The response must be on the pitch, nowhere else. What his agent says doesn’t really matter, although the fact he admits there are problems with his form and his consistency is good thing. Mesut Ozil remains one of the biggest stars in world football, and even those who aren’t fans can’t be blind to the talent and the quality he has when he plays well.

The issue is down to consistency though. To me he’s something of a Goldilocks player, when everything is ‘just right’ he flourishes. When he’s got good players around him, his level rises – which is why he was so effective at Real Madrid and for Germany. And in mitigation, a creative player’s output is often reliant on teammates to finish what he fashions, so if you have profligate players missing the chances, it does have an impact on how that creator is perceived. Ozil took pelters last summer when Germany flopped in the World Cup, but where was the opprobrium for the players who spurned the chances he created in that final game against South Korea?

Mostly though, when the team plays well, so does Ozil. When it doesn’t, he struggles and he’s simply not the kind of player to ‘take the game by the scruff on the neck’ and haul us over the line. There are days when his talent provides the team with an injection of something special, think Leicester this season, but those are the exception rather than the rule. I’d love to see more of them at Arsenal, but he’s been here since 2013 and this is who he is and it’s not going to change significantly at this stage.

Also, regardless of what Ozil’s agent says, and how well he dresses up the situation, it’s going to be Unai Emery who really dictates what kind of an impact he’ll have. If he continues to leave him out of away games because they’re too physical, or takes him off at half-time, this issue will linger on. I’m sure he does want to stay at Arsenal, he has a very nice life in London and at this club: the bigger question is if Arsenal and Emery want him to stay, and on that we’ll never get a definitive answer. The people in charge of football at Arsenal aren’t going to come out on this one way or the other, they too have something to protect when it comes to his valuation and reputation. It’s hard to shift damaged goods.

So, the best case scenario in all this is a much more focused, determined and fully professional Mesut Ozil who realises he has to do more to get back into the team and stay there. If that’s the response we get, then Arsenal ought to benefit on the pitch and that’s something we can all get behind.

The flip-side of it is that this is simply stage-managing a situation which looks increasingly unhealthy for all concerned, and the business of football will sort it out in the only way it can – and that’s with his departure at some point, probably the summer. What we get in the next five months from Ozil and from Arsenal is anybody’s guess really. Hopefully a resurgent player who helps us back into the top four and to the Europa League, but as his agent makes clear, it’s down to him to do his talking on the pitch.