Home Arseblog, the arsenal blog Southampton 3-2 Arsenal: A case for the defence 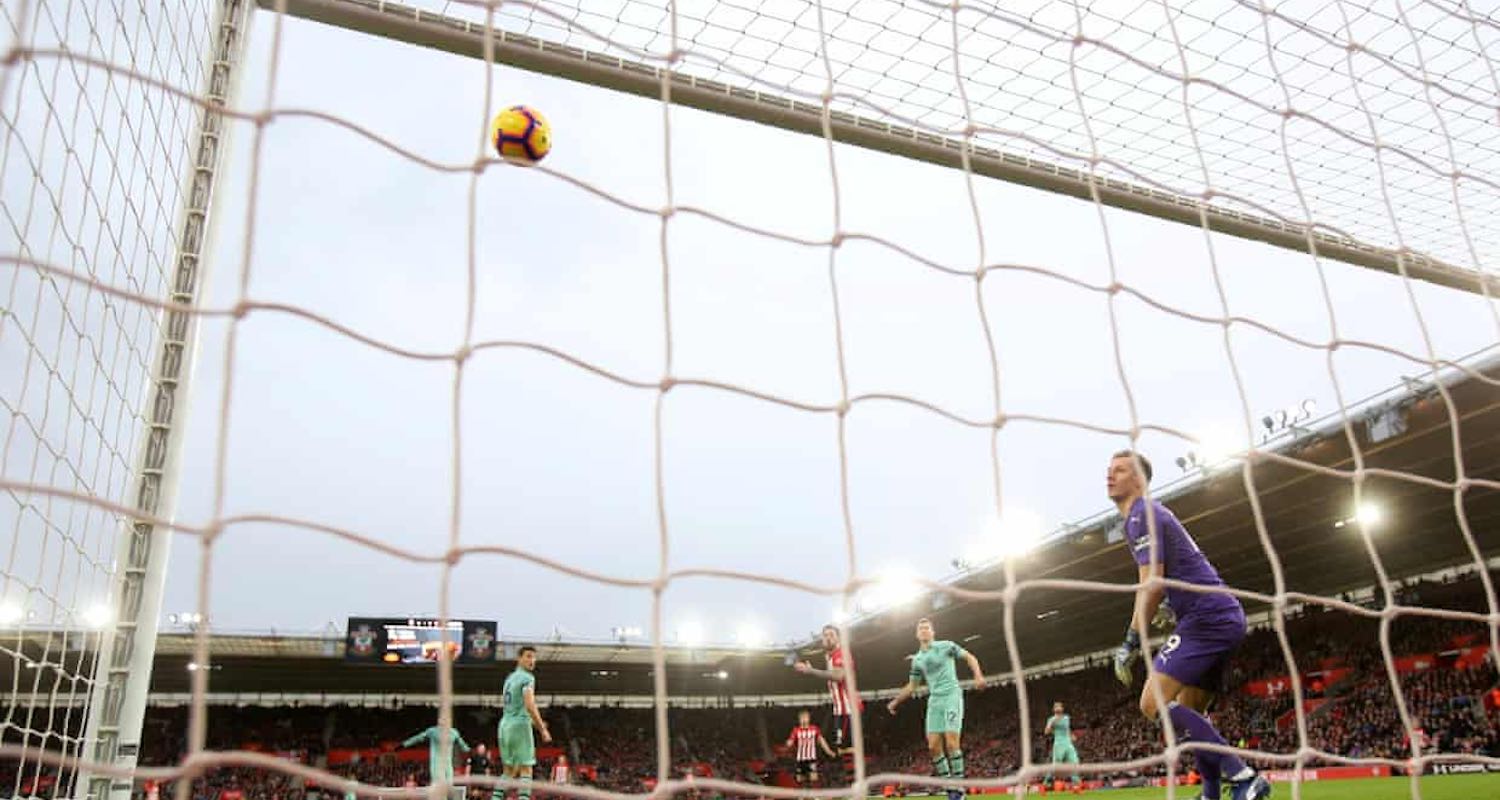 Well, the unbeaten run was going to come to an end at some point, and in classic Arsenal style it happened against a team which hadn’t won a game since September 1st and we were in many ways the architects of our own downfall.

In fairness, there were mitigating circumstances. We were without three of our first choice central defenders, Laurent Koscielny was playing his first Premier League game in 6 months, Granit Xhaka was deployed as a centre-half, we lost Hector Bellerin to injury in the first half and Stephan Lichtsteiner in the second, and the Premier League’s top scorer fluffed his lines in front of goal, so on a bad day a lot went wrong.

Nevertheless, you can ask some questions of Unai Emery and the way he set up his team. Clearly Xhaka is a player he trusts a great deal, playing him out of position again, and given the fact we lost the brittle Sead Kolasinac to another injury his defensive options were even more limited, but I don’t think using him as a central defender was a great idea. Xhaka himself wasn’t necessarily bad there, but I think we missed him in midfield, and he could have played Nacho Monreal in the back three with Ainsley Maitland-Niles at left back and it would have felt a bit more natural.

I think we also have to seriously consider how poor we are in the first halves of games. It’s not an irregular thing, it’s almost every game, and yesterday was another example of how we fail to get going quickly enough. It emboldens the opposition and Southampton, full of running and keen to impress the new boss, made life difficult for us. I do wonder how things might have turned out if Danny Ings had been properly sanctioned for a late, over the ball lunge on Koscielny, but I don’t want to make this about the referee so it’s water under the bridge at this point.

We missed a good early chance when Guendouzi sent Aubameyang through but it was the home side who looked most threatening and they opened the scoring in the 20th minute. We didn’t do enough to stop a cross from their left, the delivery was excellent, Koscielny’s rustiness showed and Ings was there to head home.

We responded – somewhat against the run of play – through a Mkhitaryan header from a Monreal cross, but it wasn’t exactly reflective of our performance. We’d been poor and the goal did little to spark us into life. Our tendency to concede late in the first half was on display again, Guendouzi and Iwobi were far too lax, allowing Redmond all the time in the world to chip in a cross which again Ings headed home. It was an excellent finish but it was about preventing the cross in the first place and we didn’t do enough.

Alexandre Lacazette replaced the injured Bellerin at the break, and there was more intensity and effort about the way we played. We were better than in the first 45 but that was a very low bar. Lacazette did give us a bit more of a focal point up front, and again Aubameyang had a chance to score but his toe-poke was tame and the keeper saved. A deflection gave Mkhitaryan his second equaliser of the day, and for a team as much in the doldrums as Southampton we should have been able to turn the screw, but it just didn’t happen.

Ozil replaced Iwobi with about 20 minutes to go and I have to say I remain confused about his performance. Given our need to create and find a winner, I don’t know why he didn’t drop deep and get on the ball to dictate play. He more or less stayed high up the pitch where the ball rarely got to him and he was much less effective than you’d hope. Perhaps this was what he was told to do, but he ended up with fewer touches of the ball than Maitland-Niles who came on a few minutes later than he did, and it makes little sense to bring on a talented playmaker and not ask him to make play, if you will.

As for their winner, again the defending was poor, we lost the ball in an area we shouldn’t have, Shane Long had all the time and space down the left to put his cross in and I don’t think Bernd Leno will be happy with his contribution. He came for the cross, missed it, and substitute Charlie Austin was there to head home the winner. It looked bad for the goalkeeper and as impressive as his shot stopping has been he has had moments with crosses and set-piece deliveries which haven’t been at all convincing, and yesterday was another example.

We huffed and puffed to the final whistle but another equaliser never really looked like it was going to come. I don’t think you can realistically expect to get anything from a game against a team like Southampton if you concede three times, and our defensive record this season is a significant issue. I know I’ve written here throughout this unbeaten run that there were games when we got away with things and rode our luck, yesterday it ran out, and it leaves Unai Emery with plenty to think about as we head into this hectic period of the season.

Arsenal have conceded as many goals as Crystal Palace and more than Newcastle, Wolves & Leicester

I realise we had players missing yesterday, and that our defensive line-up was not exactly as strong or well-balanced as it might have been, but when you look at all three goals I don’t think they were caused by our lack of personnel as much as our lack of effort in preventing dangerous situations. When you do have a back three that is as makeshift as ours was yesterday you need the rest of the team to step up and help them, and I don’t think we did that anywhere near well enough yesterday.

As for Koscielny, it was sad to see the knives out for him yesterday. What we saw was the perfect illustration of how physical fitness does not equal match fitness. He was rusty, not unexpectedly so, and his timing was fractionally off but at this level it’s the difference between making a good headed clearance or not and being punished for it. Given it was his first Premier League game in over 6 months and he was probably being thrust into action ahead of schedule because we have no choice due to absentees you’d think there’d be a bit more understanding. Again it comes back to the collective effort being good enough to help offset that weakness on the day, but it wasn’t.

There’s no question that this was a bad day at the office, a poor performance from both the team and the manager who took risks with his decisions and got things wrong. It happens though, and the issue now is how we respond. The absence of Bellerin over the festive period won’t help, that’s something he’ll have to contend with and think seriously about, and as I’ve said before if Raul Sanllehi and Sven Mislintat aren’t on the phone to the Kroenkes to help bring in at least one defensive signing in January they’re not doing their jobs well enough. It’s clear we need to add something in this area, and Emery needs the club’s support in the transfer market if he’s to achieve a top four finish this season. For now though, he can only work with what he’s got, and he’ll have to work smarter than he did yesterday.

So, a first defeat in 22 games. When you consider how we started the season if you’d told people after the Chelsea game we wouldn’t lose again until just before Christmas I think they’d have taken that. It hasn’t always been convincing, and this was a result that has been coming for a little while, but now it’s all about the response from the manager and the players. This is a difficult week with a Carabao Cup quarter-final against Sp*rs which adds another layer to this particular fixture, but there’s a little gap opening up between us and the top four which we can’t allow to get much bigger. Let’s see what he does.

James and I will be here later this morning with an Arsecast Extra. If you have questions, send them to @gunnerblog and @arseblog on Twitter with the hashtag #arsecastextra. We’ll have that up for you before lunch.