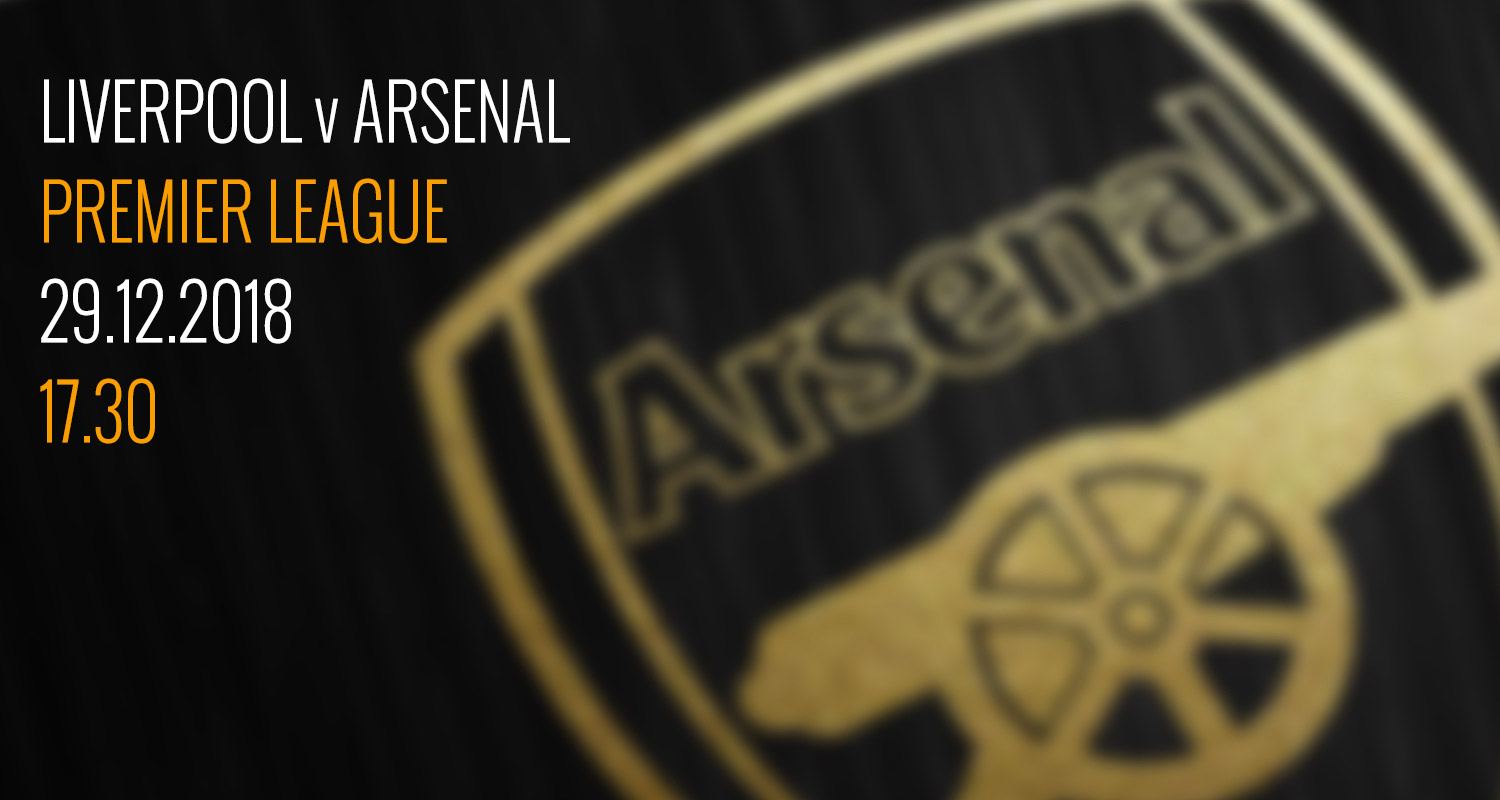 It’s our toughest festive fixture this evening as we travel to Anfield to take on the as yet unbeaten league leaders Liverpool. It’s a game which will demand much from Unai Emery and his players, and we need to be an awful lot better than we were at Brighton if we’re to come away with anything tangible.

Defensively we still have issues, and I suspect we’ll see a back three tonight. My guess is that Laurent Koscielny’s withdrawal on 70 minutes the other night was to ensure he could play against the Mugsmashers, and it’ll likely be Sokratis and Lichtsteiner in there with him unless Mustafi is considered ready after his return to training. Sead Kolasinac is the obvious choice for the left, and on the right it’s between Ainsley Maitland-Niles and Carl Jenkinson. The former came on at the Amex and had a real stinker, so it wouldn’t surprise me at all if Emery went with the latter. If it were me, I’d give Maitland-Niles the nod, he’s played well against Liverpool before and deserves a chance to show that his poor display was just an aberration.

In midfield Torreira and Xhaka had the measure of their opponents in the 1-1 draw at the Emirates back in November and we’ll need something approaching that level of performance tonight. Pierre-Emerick Aubameyang is a player in good form who Liverpool will be worried about despite how good they are at the back, and then you have to imagine it’ll be a couple from Lacazette, Iwobi and Ramsey. I know there’s a contractual situation with the Welshman, but when you look at the teams he’s being linked with – PSG, Bayern Munich, Juventus – you have to question why we’re not using him.

For me, you also have to question why, considering other situations at the club, we’re not rethinking the entire Ramsey thing, but in the very short term we have a good player who is not playing and a team which needs something different. I think he should start tonight, and I think he’ll give us 100% if he does, as well as some attacking threat which would be very useful for a side which needs that to balance its defensive instability.

One man who won’t be playing though is Mesut Ozil. He is not in the squad having trained normally yesterday but then complained of a knee injury afterwards. It could be a knee injury of course, but given everything that’s gone on with him this season it’s hard not to be cynical. Maybe it’s the kind of pain in your knee you feel when you want to avoid the ignominy of being benched or left out anyway, but what’s clear is that for one of our biggest games of the season our biggest star and highest earner won’t play.

It’s easily forgotten that Ozil played the 90 minutes of this fixture last month, not particularly well or anything, but he played. However, away from home Emery just doesn’t seem to trust him, and it’s difficult not to think that this is a factor in today’s absence. It leaves us without nominally a true creative talent, but with just one Premier League assist to his name this season it’s not something we’ve seen enough of. People can argue the toss over this all day, whether it’s the player, whether it’s Emery, or a combination of the two, but when it comes right down to it, it’s becoming a truly unhealthy situation which is overshadowing more important things and needs to be sorted out one way or the other as soon as possible.

Today we need to concentrate on the players who are in the squad and what we can get from them, and there’ll be plenty of time afterwards to discuss it. What Emery, the Head of Football Raul Sanllehi, and others do about it will be critical, because the longer this goes on the more toxic it becomes. There’s some real decisiveness required here, it cannot be allowed to fester.

As for the game itself, I can’t say I’m feeling especially confident about this one after the way we’ve been playing recently. Their attacking prowess versus a team which wobbles defensively in a light breeze doesn’t necessarily augur well, but hopefully we can do enough to come away tonight with a point. If you offered it to me now, I’d take it, but football is funny and maybe it’ll be one those performances like Sp*rs or the previous Liverpool game in which we really turn up. Fingers crossed.

As ever, you can follow the game on our live blog, and we’ll have all the post-match stuff on Arseblog News afterwards.

Finally for today, a word on the passing of former Chairman Peter Hill-Wood who has died at the age of 82. It brings to an end a long connection with Arsenal Football Club as his father was Chairman before him, and his grandfather before him again. I’m sure almost everyone knows the story about Anfield 89 at this point, but for those who don’t, when Michael Thomas burst through to score the winner in the dying seconds to win us the title, he turned to David Dein beside him in the director’s box, calm as you like, and uttered the phrase ‘Never in doubt’. A classic by any standards.

He was a funny, witty man who perhaps rubbed some people up the wrong way from time to time, but that was also part of the charm. There was no doubt about his love of Arsenal, and he featured regularly on this blog. I remember back around 2004, when Arseblog had been going just a couple of years, getting an email from someone called Charlie Hill-Wood who had just moved to Barcelona. Being the ace detective that I am I put two and two together eventually, and we’d meet and watch games with Swedish Chris in the Philharmonic on c/Mallorca owned by the crotchety old lady and her husband.

We stay in touch, and I remember those as really great times in my life, watching the best Arsenal team of my lifetime, living abroad, and PHW is inextricably linked to that. To Charlie, JJ, Sarah and all the Hill-Wood family and friends, my deepest condolences.

Right, that’s it for this morning, catch you later on for the game.