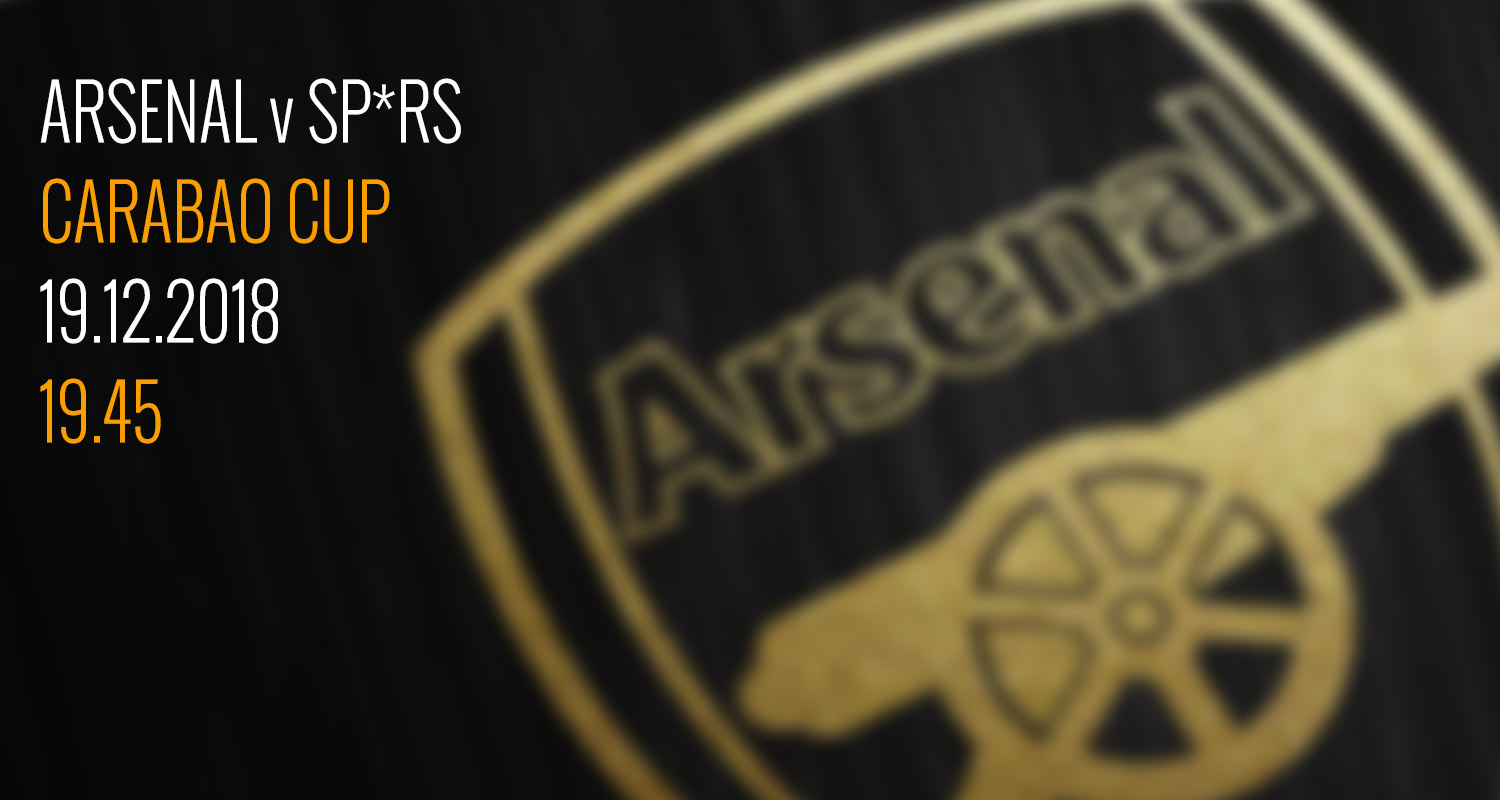 Tonight’s opposition adds significant interest to a game and a competition which, I suspect, many people would have been relatively indifferent to otherwise. The Carabao Cup is right down our list of priorities this season, but when you have a North London derby you have to take it seriously regardless of the competition.

With a Premier League game early on Saturday, followed by two away trips to Brighton and Liverpool, Unai Emery has to manage a squad that looked leggy at Southampton despite a week off, and has to contend with some injuries and some players making their way back to full fitness. Sp*rs, meanwhile, have the luxury of an extra 24 hours rest as they don’t play until late on Sunday. Whether that means they’ll go stronger than they normally would remains to be seen, but it is a little bit of an advantage.

Speaking ahead of this game, Emery appeared to confirm that he’d be rotating a bit with some of the younger talent at the club given a chance. He said:

Our first idea is that we play with the best players that we can use tomorrow in this derby. The opposition is very big and it’s demanding a big performance from us tomorrow. We can use some young players because we think with a big performance, they can help us win tomorrow.

It’s hard to know exactly who he’s talking about, because our most effective young player this season – Emile Smith Rowe – misses out with a hip injury. Ainsley Maitland-Niles is an obvious candidate, and he could well be deployed at full back or wing-back depending on whether or not we play with a back three or not. I suspect, given how well it worked in the last derby, that’s something the manager will be considering, but the personnel available to him might dictate our formation this evening.

It would be a lot to ask of Laurent Koscielny to play his third game inside a week after making his comeback, while doubts remain over the fitness of Shkodran Mustafi and Sead Kolasinac. Stephan Lichtsteiner is available, Hector Bellerin is not, and we may see Carl Jenkinson drafted in to make up the numbers.

If the defence might be slightly makeshift, I don’t think he’s got much choice but to use some of our most experienced players further forward. I can see him resting Lucas Torreira, for example, but it wouldn’t surprise me at all if he picked Granit Xhaka, while Aaron Ramsey and Mesut Ozil are both surely in contention to start this one. There’s a need to change things up a bit when it comes to the Premier League, Emery calling the defeat to Southampton a reality check – and perhaps part of that is the realisation that we have to make more of the talents of these two despite the fact there’s more going on with them than you might normally prefer.

Alex Iwobi should start, in my opinion, as he needs to play his way back into form and tonight’s game is a chance for him remind Emery why he’s shown such faith in him. If he can’t do that, the boss has to think about an alternative when it comes to Burnley on Saturday, and up front I reckon he’s going to start Alexandre Lacazette. Pierre-Emerick Aubameyang has been a bit wasteful in front of goal in recent games, so it’s an opportunity for the Frenchman to stake a claim to that starting spot once again.

So, we’ll wait and see what kind of a team he puts out. It will be one informed by the briefings he gets from the fitness team, and how he views Saturday’s game against Burnley. Winning a derby is always important, but in the overall context of our season you could argue that three Premier League points are more beneficial to us than a win tonight. I can’t pretend that beating them in the Carabao Cup would be anything like as much fun as beating them a few weeks ago in the league, and in truth I think a two-legged semi-final in January is something that might prove distracting when it comes to achieving a top four finish and making progress in Europe, but everyone always wants to a win a derby and rightly so.

One of the things that people have liked about Unai Emery this season is his pragmatism, and I think he’ll be looking at this fixture in a more matter-of-fact rather than emotional way. Of course he’ll want to win the game, and I believe he’ll send out a team that he’s set up to do that, but I also think he knows what his brief is this season – getting the club back into the Champions League – so don’t be surprised if his team selection and in-game decisions reflect that a bit.

As ever, we’ll have a live blog for you, and all the post-match stuff on Arseblog News.

Not a lot else going on this morning, but it would remiss of me not to mention the Jose Mourinho sacking. Frankly, I’m distraught. I thought he was doing a fantastic job there this season. The way he was losing the dressing room was simply majestic, and I was looking forward to seeing how he might blame Paul Pogba not just for United’s latest defeat in which he was left on the bench, but for climate change, various wars across the planet, and humanity’s continued and inexplicable tolerance of Maroon 5.

Think of how bad it could have got. And by bad I mean entertaining. The post-match interviews in which he loses his reason. The press conferences where he throws a strop followed by a tantrum followed by a screeching hissy-fit. The order made to the world’s biggest multi-passenger vehicle manufacturer so he could have the biggest bus of all time to throw his players under. It’s been cruelly taken away from us.

We have been denied all that and more by Ed Woodward, a man whose head looks like an inflated potato. It’s criminal what they’ve done here, and I hope they all suffer a deep-seated anal itch until the day they die. As for Jose, many are asking where he’ll end up, but I’m too upset at what we’ve missed out on to even think about that now. Maybe he’ll just go away and never come back but I doubt that. My suspicion is he’ll go into politics, setting up his own party which believes that everyone but him is worthless, dispensable scum and loads of people will probably vote for him because turkeys and Christmas and all that.

Right, that’s it. Catch you later on for the game. Until then, have a good one.