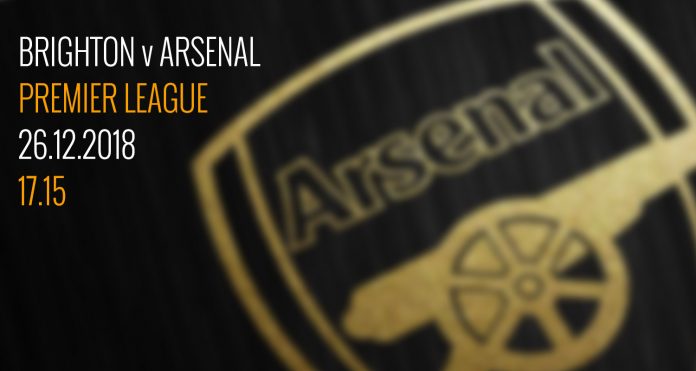 Morning everyone, I hope you had a lovely time yesterday, whether you were celebrating Christmas or not. It was nice to switch off for a day, not having to keep an eye on the Arsenal news cycle but we know that festive football is an important part of the Premier League calendar so we’re right back into it today.

It’s a trip to Brighton later this afternoon, and Unai Emery still has plenty to contend with when putting his team together. We know all about the defensive injuries which don’t leave him with a great deal to work with, and further forward there’s a blow with the news that Henrikh Mkhitaryan will be out for 6 weeks having fractured a metatarsal in the Carabao Cup game against Sp*rs. He has been a bit hit and miss this season, but at this time of the year, with so much football to play, having as many players fit and available as possible is always a help.

Then there’s the Lucas Torreira situation which would certainly give me pause for thought today. I know we have a tendency to look at things wearing our ‘worst case scenario’ glasses, but having picked up four bookings already this season a yellow card against Brighton would mean he’s suspended for the trip to Anfield on Saturday. If it were up to me – which obviously it’s not – I’d be inclined to leave him on the bench for this game, using him only if absolutely necessary, but Emery doesn’t appear to be thinking the same way.

I don’t know whether Torreira would even be able to play cautiously but I don’t want him to think about the possibility of a suspension for one yellow card.

And look, I understand it. In our last away game, against a team near the bottom of the table who hadn’t won since September 1st, we lost 3-2, so the manager is well aware you can’t take anything for granted in this league. Our cobbled together defence means that you need to be as strong as possible everywhere else, and there’s no question that our best midfield always contains the Uruguayan.

But I also feel like as long as we have a couple of central defenders available to us today we have enough depth in midfield to win this game without Torreira. Maybe that’s just me though, and as a fan it’s hard to look at today’s game and not see the Liverpool fixture on the horizon. As good as they’ve been this season we gave them a good game at the Emirates last month and Torreira was a really key part of that performance, so being without him at Anfield would be a blow.

Emery is aware of this, I’m sure, but might think that dropping points against Brighton if he doesn’t pick his strongest team won’t be taken lightly regardless of what happens in the subsequent game. He has to prioritise three points today then consider how to get a result against Liverpool, even if the worst happens and Torreira gets a booking. I don’t think 3 points today will exempt him from criticism, but we could win get no yellow cards so let’s hope that happens.

Up front Aubameyang seems likely to start after his two goal salvo against Burnley, but Lacazette started that game too, so it’ll be interesting to see if he sticks with that. Also, is Brighton away sufficiently less physical than Bournemouth for Mesut Ozil to start? As ever with Emery we don’t know exactly how he’s going to approach things, but let’s hope that whatever team he picks we can pick up the three points and keep that race for the top four as tight as possible.

We will have a live blog for you, and all the usual post-match stuff on Arseblog News so join us for that. In the meantime, there are dogs to be walked and Christmas Dinner II – The Refattening to have.