Home Arseblog, the arsenal blog Brighton 1-1 Arsenal: A bad day for Emery but this squad needs... 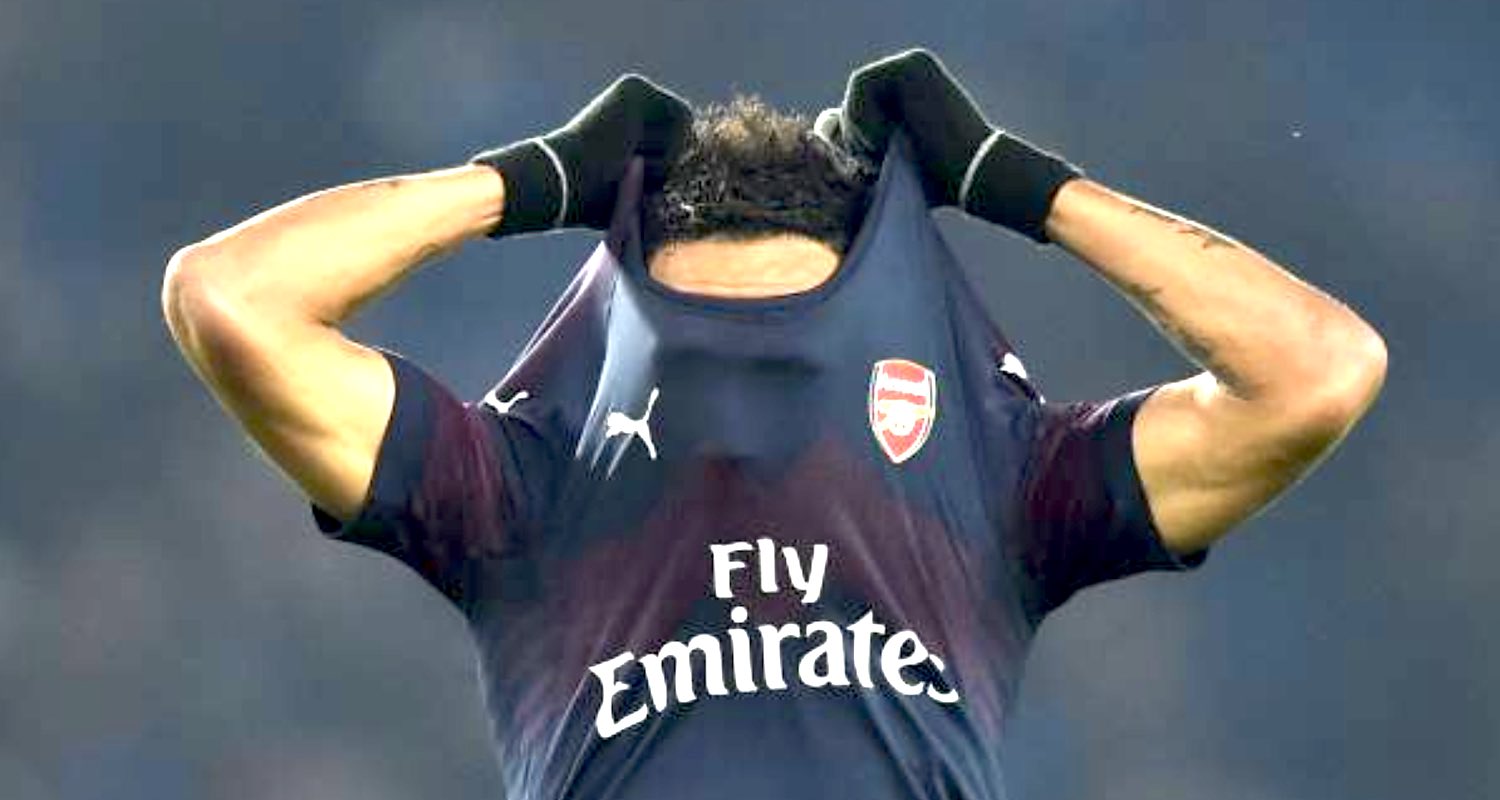 Since he arrived at Arsenal Unai Emery has done a lot of things well. Considering some of the personnel he has at the back, to have gone on a 22 game unbeaten run is almost miraculous, and again I think it’s vital that the club back him in the transfer market in January because otherwise they’re basically setting him up for a fall.

At the same time though, there are days when he doesn’t get it right and I think yesterday was one of those. The 1-1 draw at Brighton was disappointing, frustrating and in a race for the top four which is getting tighter by the week those are two very costly points that we dropped.

We started well, Pierre-Emerick Aubameyang putting us ahead early on after good pressing high up the pitch and determined work from Alexandre Lacazette. The striker curled home his 15th goal of the season, Arsenal were well and truly on top, and we should have kicked on from there. Instead, we played safe, conservative football against a team we should have turned the screw on and ultimately it came back to bite us in the arse.

Our control of the game diminished, Brighton had a goal disallowed for a foul on Bernd Leno, and the momentum was changing. However, we had a glorious chance to double the lead when Lucas Torreira’s brilliant ball found Aubameyang’s intelligent run, but with just the keeper to beat he saw his effort saved by Matt Ryan. We have to give the keeper some credit, but for me that’s much more a bad miss than a good save, and another illustration of why Emery called for more from the striker a few weeks ago. His goalscoring record is fantastic, there’s no doubt about that, but when you look at the chances he misses based on the quality we know he has, it could be better.

It felt like a pivotal moment. 2-0 and we’re in real control, but once again our defensive issues manifested themselves and Brighton were level. From our corner a long ball from the back wasn’t dealt with properly by Stephan Lichtsteiner who headed it into the path of Jurgen Locadia, Matteo Guendouzi’s inexperience was in evidence again as his pause allowed the striker a clean run on goal, and although Leno came out – I don’t think he had any choice – the Brighton man went around him and rolled the ball into an empty net.

It was a terrible goal to concede, even by our standards, and our inability to make the most of the early strike and the failure to take that chance to double the lead saw us well and truly punished. Then came half-time and the odd decision to bring on Alex Iwobi for Mesut Ozil. Again, Emery insisted it was tactical, and while the German hadn’t been brilliant in the first half I think the change was too hasty. On top of that, we were even worse in the second half than the first, unable to get the ball up the pitch, and by the 68th minute Iwobi had only touched the ball 8 times.

That was exacerbated by the fact he did nothing of value with it when he got it, but it showed that our problems went beyond the attacking personnel – we simply had no way or getting the ball to them. Clearly the decision to play three central midfielders was made because our back four was so weak, but taking off Lacazette for Ramsey was another strange choice. For me, considering we needed a goal, bringing on the Welshman for the overplayed Guendouzi would have been the more obvious option, but in a game in which we required a goal the manager took off a striker. Lacazette’s frustration was obvious again, understandably so, and Emery needs to be careful he doesn’t create a problem for himself here.

Ramsey got involved, creating opportunities for Aubameyang and substitute Ainsley Maitland-Niles, but their touch let them down at the key moments. Meanwhile, if any team looked likely to score it was Brighton who ended the game with 12 attempts on goal to our 7 despite the fact we had almost 70% possession. There’s a dearth of creativity in this team, particularly from central areas. If we can get the ball wide to a full-back or wing-back and cut it back that’s about as much as we’ve got without someone like Ramsey or Ozil, both of whom are used minimally by Emery for various reasons.

Yes, there was that Torreira pass for Aubameyang for his big chance, but that’s the exception, not the rule. And while I understand the need for Emery to protect a cobbled together defence – yesterday he had to play a central defender incapable of going 90 minutes in the Premier League, and had a veteran at right back who looks so far off the pace it actually makes me a bit sad for him – I think sometimes he has to play to the strengths we have a bit more and those are further up the pitch.

Even with my glass still relatively half-full, there wasn’t a single thing to like about that second half performance yesterday. Emery’s decision making has to be called into question for a game in which three points were vital, but it was also a clear indication of how threadbare we are in certain areas of the pitch. If there isn’t at least one defensive recruitment in January then we’re going to find life very difficult indeed, and you could easily see how adding something in the top end of the pitch would improve us too.

If Emery doesn’t trust Ozil – and there’s growing evidence to suggest that’s the case, and Alex Iwobi’s step forward this season has now seen him take a couple back, then we’re very thin on players who can provide what the strikers need. Ramsey is not a long-term option (I do wonder if circumstances might cause a rethink in that regard, a new contract for him might be easier and better value than a signing); Mkhitaryan is out for 6 weeks but lacks consistency; and beyond that we’re now really feeling the impact of the Danny Welbeck injury. Even that situation, with all due respect to him, tells its own story. This is a player the club had no interest in giving a new deal to anyway, so would require replacing at the end of the season.

I suspect that the Raul, Sven and Unai triangle of football would have planned and preferred to make changes and decisions in the summer. I think we can all understand why, but they now need to step back and take stock of where we are and what’s happening. We’re still just 2 points off 4th, but United are now only 6 points back and as a team we’re not playing the kind of football that would make you confident we can maintain the challenge until May. We’ve dropped 5 points in two weeks against teams in the bottom half of the table, and it’s blindingly obvious that Emery is struggling with a squad stretched to its absolute limits.

It doesn’t means some of decisions can’t be questioned, and I don’t think yesterday will go down as one of his best days by a long way, but it feels like we need to make a statement in January through action or inaction. Either one would tell us plenty about what this club is about now, and whether it’s really as ambitious as the owners tell us. Emery needs players, it’s as simple as that. If he doesn’t get them he’ll likely become the fall guy, but there are people above him who have greater responsibility, and that’s where we should be looking more closely than at the manager.

Not a great day at all, and with Liverpool to come on Saturday we need to see a serious improvement, because if we play like that against them there’s only one outcome.