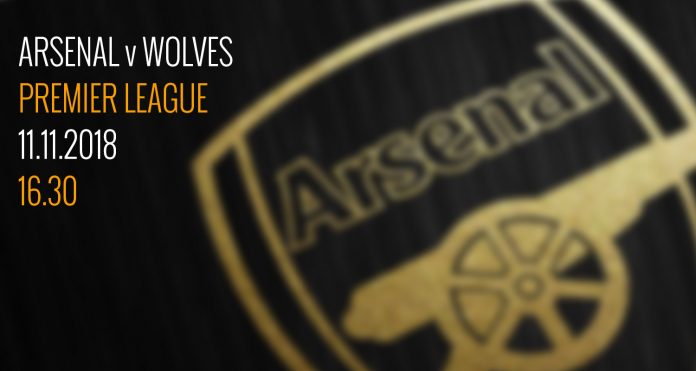 With the homeless goblins (©aallensport) having won yesterday, and with Man City, Liverpool and Chelsea all playing today, there’s some pressure on Arsenal to take all three points against Wolves. A win would leave us in 5th position, but just a point behind Sp*rs as we head into another Interlull, and Unai Emery will know that his team need to keep pace with the other rivals for the top four. It’d hardly be a killer blow if we didn’t win today, but maintaining our unbeaten run and, hopefully, getting another win under our belts would ensure confidence remains high as some of the players depart to play for their countries.

Having rotated significantly for the Europa League clash with Sporting on Thursday, there will obviously be changes to the team today. Bernd Leno will come back in goal, Sead Kolasinac at left back and hopefully Hector Bellerin is fit enough to play on the right. Stephan Lichtsteiner’s hamstring strain probably rules him out, so if there’s an issue with Bellerin either Carl Jenkinson or Ainsley Maitland-Niles will cover.

In midfield Granit Xhaka and Lucas Torreira will look to pick up where they impressively left off against Liverpool last weekend, while further forward it’ll be Mesut Ozil, Pierre-Emerick Aubameyang and Alexandre Lacazette with one of Henrikh Mkhitaryan or Alex Iwobi to complete the set. I know the latter doesn’t always appear that comfortable on the right, but I’d be inclined to give him the nod today.

I still think that despite his goal scoring record, Aubameyang doesn’t particularly like it out on the left and I don’t think it gets the best out of him, but with Lacazette generally so impressive up front it’s a difficult situation for Emery. I suspect that he might think how he fits two excellent forwards into his team is a less pressing concern than how to make his team more defensively secure but it does feel like sooner or later he’s going to have to address it.

Last weekend’s performance against Liverpool was positive, but we did allow them good chances, as we have almost every other team we’ve played in the Premier League this season. The game against Sporting illustrated that for all our attacking talent, there will be times when we can’t find the back of the net, and if that coincided with a game in which the opposition took the chances we gave them we’d find ourselves on the wrong end of the scoreline.

Hopefully that’s not the case today, we’re at home, our form has been good, and I think there is a need to separate the Europa League games to an extent. Emery’s team selection on Thursday clearly had this game in mind, and while we’re facing a side who have impressed people this season they come into this one on the back of three straight defeats. Perhaps that will see them redouble their efforts but you can’t say they’re in good form or anything like.

Speaking ahead of the game, the boss said:

They have discipline but also talented players. I know that each match here is very difficult and we need to prepare so that we can continue to get better to produce a big performance every day.

It’s a game we should win when all things are considered, and it would obviously be a big disappointment if we didn’t take all three points today. Whatever the others do, keeping in touch with Sp*rs keeps some pressure on them and with a North London derby in the not too distant future it would be helpful to be snapping at their heels as we went into that one.

Meanwhile, Emery says that the injury to Danny Welbeck could open the door for Eddie Nketiah to get a bit more playing time. The young striker was ready to come on against Sporting on Thursday until Lichtsteiner’s injury forced a rethink, but he’ll be in the manager’s plans for the European games and possibly the Carabao Cup too. He says:

We have one striker who is working well in the Under 23s and improving also in Eddie Nketiah. He can have chances, it’s too early to speak about the possibility of January.

He’s someone I’d like to see more of, and while injuries are always bad news, football is littered with stories of players taking a chance that came to them because of something that happened to a teammate.

Right, that’s your lot for this morning. We’ll have a live blog and all the post match stuff on Arseblog News, plus James and I will be recording the Arsecast Extra later on so there’ll be a podcast this evening too.

Fingers crossed for the right result, catch you later for the game.

Bournemouth 1-2 Arsenal: The next generation make their mark