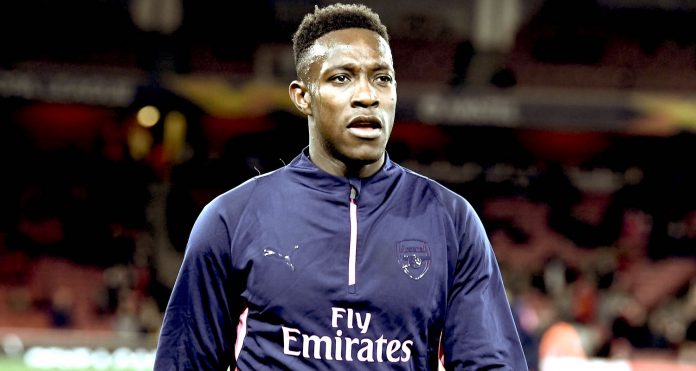 Morning. A quick Saturday round-up for you, and there’s still only one place to start, and that’s Danny Welbeck. Yesterday the club provided a small update as to his condition, saying:

Significant right ankle injury. Danny remains in hospital and will continue to be assessed. A further update will be issued over the next 72 hours.

I know that there’s a tendency to read too much into social media at times, but the fact that almost every Arsenal player with a presence on Twitter or Instagram posted a message of goodwill towards Welbeck probably tells you that the injury really is very serious. While Rob Holding said:

Danny is a tough lad so if he’s on the floor, I know its something serious so he’s in hospital now and we’ll see what happens. He’s been so unlucky with injuries over the past few years but he’s a good character and got a good set of lads around him so we’ll lift him up and get him back as soon as we can. He can come back strong.

The question is whether he can come back strongly enough to play for Arsenal again because this looks like the kind of injury that will require a long layoff and rehabilitation, and Welbeck’s contract expires in June. I’ve seen some suggestions that we should give him a new deal, but without wanting to sound harsh in any way, if we weren’t inclined to offer him a new contract when he was fully fit and scoring goals, why would we do that when he’s injured and unable to play?

Comparisons to the Santi Cazorla situation don’t really match up in my opinion. In that case we had a veteran player who had been through a horrific situation, with his career on the line and the key difference is that there was an option in his contract for Arsenal to extend it by a year if we chose to do so. I think taking up that option was the right thing to do on a human level, but we also did it because we held out some hope that Cazorla might play for us again.

Of course it gave him reassurance, knowing he had something to work towards and also with a bit of a safety net – he’d have the support from the club he’d been at since 2012 and where he’d picked up the injury in the first place. Not to mention, when you read the stories of how what was initially thought to be a routine-ish problem developed into something career threatening, something Arsene Wenger called the worst injury he’d ever seen – and it’s worth remembering he’d seen some pretty grim at Arsenal down the years – you wonder if some people at the club felt a measure of culpability that we inadvertently contributed to his absence.

In Welbeck’s case, he’s 27 going on 28 but until he’s 28 he remains 27 because that’s how it works, and the injury was an unfortunate accident. His contractual situation is in some ways down to the club, but it also feels like he was content to let it run down knowing he’d get a Bosman in the summer. When you do that as a player you always run the risk of an injury scuppering your plans.

The positive, if there is one, is that this happened in November, and not April when it really would have had a big impact on the next move in his career. Now, he can get mended, and have the full resources of Arsenal to help him back to full fitness. The physios, the facilities, the rehab, the high performance specialists, and all the other people in our medical and fitness staff will be there to help him as much as he needs, and come next June – and hopefully much earlier than that – he’ll be 100% again.

I don’t think there’ll be any shortage of clubs willing to offer him a contract, especially as he’d be available for free, so if it’s a case we were prepared to let him go to the end of his current deal then the injury shouldn’t change that. There’s also the question as to whether he wants to sign a new deal at a club where he’d be third choice striker and an occasional starter rather than go somewhere he can one of their first choices and start  week in, week out. It doesn’t mean you can’t have sympathy for him, you’d need to be a bit of a dickhead not to feel for a player who has always given us his best when something this serious happens to him, but that doesn’t change the reality of his longer-term situation.

Anyway, I do hope that he can make his way back before the end of the season, but the fact is we now have to consider how to make up the gap he leaves in the squad. Although he hasn’t started every game or anything like it, he has appeared in 14 of the 17 games we’ve played so far. He’s a player that Unai Emery clearly has some faith in, appreciating his experience and versatility, and with five goals he has chipped in there too.

It’ll give the manager something to think about, particularly when it comes to games in the Europa League and Carabao Cup where he was always a starter and a useful one at that. Eddie Nketiah might fancy his chances a bit but he doesn’t possess Welbeck’s ability to play in the wide positions. Injuries are never pleasant, but sometimes when a door closes for one player another one can take their chance, and maybe that will be the case here.

Ok, for now I’ll leave you with an excellent weekly round-up from the Arsenal Gent as well as yesterday’s Arsecast: there plenty of Welbeck chat and more with Tayo Popoola, and I’ll be back tomorrow to preview the Wolves game. Until the, have a good Saturday.