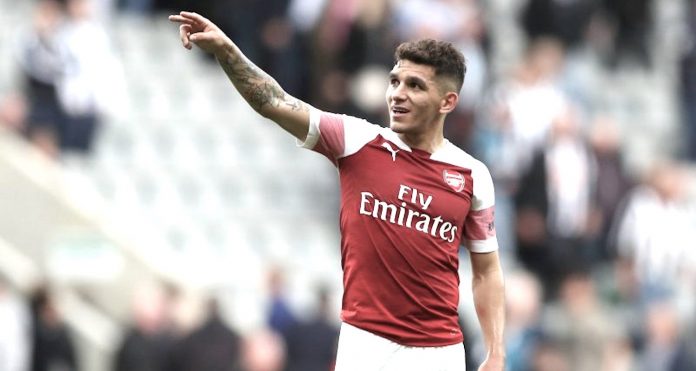 This morning I had a dream that Arsenal were playing PSG and Neymar pretended to get really hurt in a tackle. Not just any old hurt though – did you ever get that thing where you get a knee in the back and end up winded from it? He made out that happened to him and he was writhing around on the pitch making a weird ‘Ugh … Ugh … Ugh’ sound so the referee sent off Unai Emery.

Quite why he was playing for us instead of managing us is another question entirely, but either way we were down to 10 men then Neymar got up and was absolutely fine and everyone in the stadium went absolutely mental and started throwing cricket balls at him. I can’t tell you why everyone had cricket balls with them, but at that point the dream took a weird turn and I was in a department store in the 1970s trying to buy some slacks.

The final games of the Interlull take place tonight and as far as I can tell there are no Arsenal players involved in competitive action. But we have Alex Iwobi away with Nigeria as they face Uganda, while Lucas Torreira’s Uruguay take on France in Paris. If there are any eyes on tonight’s games, that’s where they’ll be as the former Sampdoria man has become more and more important as this season goes on.

Emery’s team selections this season have been intriguing in that there are places seemingly up for grabs all over the pitch. It’s not always clear which system we’re going to play or who fits into it, but as we’ve gone on there are some players who you know, if fit, are going to start and at this point Torreira is one of them. He was eased into action for reasons I think we can all understand, but each week he made a bit of progress and now his presence in midfield provides a kind of assurance that I haven’t felt in there for quite some time.

I know they’re very different in terms of their playing style, but in some ways it reminds me of when we had Cesc Fabregas. His quality was such that when we lined up without him we felt substantially weaker, and that’s sort of how it feels with Torreira. I’d be immediately less confident if he wasn’t playing and there are two factors in play here. First is very simply how good he is – he’s a player who brings qualities to our midfield which we haven’t had for far too long. We’ve had passers, and we’ve had combative players, but he’s both as well as being able to read the game and sniff out danger before it gets too close to our box (an important thing when you have a defence that is still very much a work in progress).

The second factor, which again is similar to when we had Fabregas, is that the other options around him are not always convincing. Granit Xhaka is certainly capable of excellent performances, as he showed against Liverpool, but you can’t ever be sure that a mistake isn’t too far from the surface. Matteo Guendouzi is very promising, but still only 19 and coming to terms with a big step up from Ligue 2. I don’t think it’s unreasonable to be a little cautious about him in that sense, even if most of what we’ve seen him from this season has been positive.

Mohamed Elneny is not considered Premier League material by Emery. More than anyone else he’s been a victim of the new boss who hasn’t played him a single minute in the league this season, despite the fact he’s a consistent performer who you can generally count on to give you a 6 or 7 out of 10 performance each week. It’s hard to see any kind of long-term future for him and it looks as if the only way he’ll get back into the team outside the cups and Europa League is an injury crisis.

Aaron Ramsey is now on the fringes because of his contractual situation, but not somebody who has played a lot of football in the centre of midfield for a couple of seasons. Even if he were picked there at this point, he’s going to leave in the summer anyway, so again we’re not talking about someone who can stake a claim to a place in the side they might keep.

After that it’s Ainsley Maitland-Niles, earmarked as a DM by Arsene Wenger, but it remains to be seen what Emery thinks of that idea. In his two starts this season one has been at left-back, the other in the front three, but of course injury has limited his involvement considerably. We’ll just have to wait to see where the boss thinks he’s most suited, and at a push you might consider Emile Smith Rowe as an option but I think he’ll be used in a more attacking role rather than tasked with the duties of a deeper lying midfielder.

So, in much the same way we had Fabregas surrounded with unconvincing options like the mediocrity of Denilson and Song and the injury hit Diaby, Torreira’s importance is highlighted by the fact the players around him have still to convince people they’re good enough on a consistent basis. What I would say is that we know now that Song and Denilson were never anything better than barely adequate, whereas we can see improvement in Xhaka now that he has a partner who offsets some of his weaknesses, while Guendouzi is still very early in his career and all going well will continue this upward trajectory.

Right now though, as we wait for things to come together and develop, it feels like a lot depends on keeping Torreira fit and available. It’s not a bad thing, when a player of real talent emerges there’s always an element of dependency, but hopefully Emery can find the right balance with him because when you place too a high a burden on one man’s shoulders, it’s hard to cope without him.

Finally for this morning, we have an Arsecast Extra for you, packed full of Interlull waffle. Check it out below, and we’ll have any breaking stories for you throughout the day on Arseblog News.