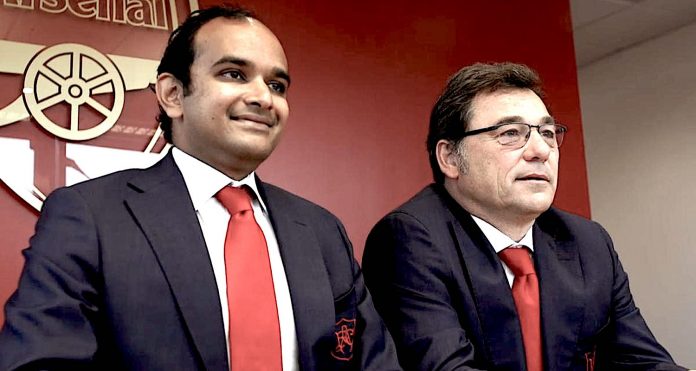 That’s it folks, the Interlull is over, we can turn our attention back to Arsenal and things are about to get pretty, pretty, pretty hectic over the next couple of weeks. In relation to yesterday’s post about Lucas Torreira, he played 74 minutes of Uruguay’s 1-0 defeat to France, and I’m assuming at this point that his removal was simply tactical or to give someone else some playing time because Arsenal Twitter is not on fire this morning with people wailing and complaining about an injury and threatening to give Oscar Tabarez a massive wedgie.

Of course until we get the latest informative update from the Arsenal medical team on the official site we can’t take anything for granted, but the players will return now to be assessed ahead of Sunday’s game against Bournemouth. After that it’s a long away trip in the Europa League, a North London derby in the Premier League, a visit to Old Trafford during which we can hopefully provide David Squires more material for his emo Jose Mourinho, another derby, Liverpool away and more as we play nine times in the month of December. It’s pretty full on.

I’m not sure Unai Emery will have ever faced a schedule quite like this before. The festive period in England is a time when other leagues take a break, so it’s something new for him to contend with, but he’s got plenty of people around him to provide advice, and when it boils right down to it it’s all about him managing his squad as best he can. Perhaps his famed attention to detail when it comes to assessing the opposition will be helpful factor, but between now and December 29th there are 11 fixtures to think about so it’s going to be a real challenge.

Meanwhile, if you listened to the Arsecast last Friday you’ll have heard David Ornstein talk about how Arsenal were thinking about installing a Technical Director, as well as how impressive former Sky man Huss Fahmy has been behind the scenes. Yesterday, reports suggested that Sven Mislintat, our current Head of Recruitment, was to be promoted to that Technical Director role, while Fahmy would step into the shoes of Raul Sanllehi as Head of Football Relations.

This is after the two men tasked with replacing Ivan Gazidis, Raul Sanllehi and Vinai Venkatesham, made themselves available again to the media to talk about the work they’re doing. There’s no doubt they’re already far more open than Gazidis was, and they again talked about the ability to cope with his ‘surprise’ departure. Vinai says:

To use a football analogy, we have a great bench and I am proud of how we have been able to manage quite a significant thing in a chief executive leaving, and two people in previously senior roles stepping up and, so far, everything has been filled by people stepping up to the next challenge.

That also seems to be the case with Mislintat and Fahmy who are also being introduced from the bench, so to speak, and at a time when there’s been some worry about the fact Stan Kroenke now owns 100% of the club, perhaps this new executive set-up is the thing that might give us a bit of an edge.

Let’s remind ourselves of KSE’s stated ambitions in the offer document released at the time when Kroenke purchased the shares of Alisher Usmanov who was never going to sell his shares but ended up selling his shares. They said:

Which is great, because that’s what we all want. It’s also a really easy thing to say but a much more difficult thing to achieve. Especially when you consider that in their first round of interviews a few weeks back, both Raul and Vinai were at pains to point out that the self-sustaining model that Arsenal have operated for years now would be the way forward.

We’ve had some vague hints that the Kroenkes would be willing to listen to proposals from the people in charge now if it was a case that an opportunity were there to strengthen the squad, but absolutely no assurances that any money beyond what we generate as a club would be made available. Based on KSE’s track record thus far, there’s no evidence whatsoever to suggest that they’d dip into their own pockets to fund a transfer. That could change, and I hope it does, but would bet your mortgage on it? I know I wouldn’t.

So, how do you marry these stated ambitions to compete for the Premier League and Champions League with the kind of finances we have? Money isn’t the only way to build a good team, but to arrest our slide out of the top four, get back into it, and then fight for a title and Europe’s biggest prize without considerable investment is at odds with how it’s usually done. Money talks, and Sanllehi knows this because he’s already made it clear we cannot continue to be so careless as to lose players with real transfer value for nothing.

If we can only spend what we generate, and we can only generate so much from a business sense – the new Adidas deal will help in fairness – then we have to think of other ways to bring in money to reinvest in the squad and that can only really come from player sales. As well as that, we have to be smart about how we spend the money we have, so with Sanhelli’s contacts in the game, Mislintat’s eye for young talent which will become even more important with restricted finances, and an executive team that is fresh and dynamic rather than the staid and uninspiring one that came before, perhaps that’s where we can make up some of the distance between us and other teams who have more to spend.

It’s a lot to ask, we need all these distinct components to come together and gel with each other as well as Unai Emery and his coaching staff. But in an era of nation state billionaire funded clubs an and owner who seemingly isn’t willing to give us a push forward with some of his own money, it’s the best hope we’ve got.