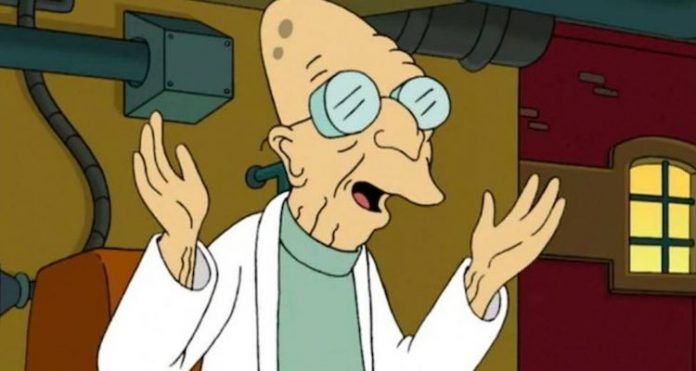 Good news everybody! This Interlull is over, and you’re reading this in the voice of Professor Farnsworth from Futurama.

The bad news is that there’s another one next month and while almost everyone else gets to play this weekend, we have to endure an extra Arsenal free couple of days before we play Leicester on Monday night. What a tremendous burden, but it does give Unai Emery a couple of extra days to assess his players and think about which way he’s going to use his team ahead of a busy week.

In some ways, it’s like these Interlulls are little breathers during the season. I wrote previously about how we could start to make some judgements about where we are and what we’re doing after ten league games, but when we hit the next break we’ll have played twelve games. At the moment we’re sitting quite nicely in the table, in the top four and just two points off the leaders.

In the next six weeks though, with games coming up against Liverpool, Manchester United and a North London derby, we’ll have a better idea of the kind of progression we’re making under the Spaniard. We seem to be capable of getting results against the teams we’d be expected – on paper – to beat, but having started the season with defeats against Man City and Chelsea there’s something still to prove against the big teams and Sp*rs.

Of course there’s some mitigation over the first two games of the campaign, Emery still finding his way in England and with a new group of players being asked to do things differently etc, so it will be very interesting to see how he sets his teams up against the bigger boys and if he can, most importantly, get results and points under our belt. That’s all to come though, and those are themes we can touch on in the days, weeks and blogs ahead.

So, what else? We’ll wait for injury updates this week in the new, exciting style the club use these days, and speaking of new and exciting, I think it would be remiss of me not to talk a little bit about Reiss Nelson. As I’m sure most of you know he’s one of the most exciting young talents to come through our academy in recent years, and there was genuine concern over his future because he went into the final year of his contract before signing a new long-term deal at the end of this transfer window.

That came just before we agreed to loan him to Hoffenheim for the season and his start to life in the Bundesliga has been pretty good all things considered. He’s scored twice in three games, although both goals came in defeats and he’s yet to play 90 minutes, and it’s a promising beginning to what we all hope will be a formative and developmental loan spell in Germany.

The confidence he has at the moment was illustrated by a goal he scored for England U21s last night. I mean, check this out:

Great way to end the international break with @England ???. Back to league football in ?? pic.twitter.com/pz14VR2gp4

That was his second goal for the U21s in as many matches, and he got an assist in the previous game against Andorra too. Yes, it’s U21, but you’ve got to do it at whatever level you’re playing at, and his two goals in one of Europe’s top leagues show he’s capable of producing there too.

I think his decision/desire to go on loan is understandable. Many young players feel like they need to play against better players to help them improve, but what set Nelson apart is the fact he’s English and that he went abroad. As a club we’ve sent young players to lower level European clubs plenty of times, but very rarely with a player as highly rated and talented as him. He wasn’t going to the Dutch second division or anything like that: he was off to play for a team that finished third in 2017-18 and thus playing Champions League football this season under one of European football’s most highly rated young coaches.

He’s followed somewhat in the footsteps of his good mate Jadon Sancho who decided to leave Man City for Borussia Dortmund, a move which has seen him thrive in Germany to the point where he made his full England debut during this Interlull. The key difference is that Arsenal have retained the services of Nelson and you can see how there’s a chance for career progression with us.

You have to wonder if the decision not to offer new terms to Danny Welbeck, who is now in the final 12 months of his contract, is somehow related the potential they see in Nelson. The former Man United man is basically a third choice striker, providing some cover for Alexandre Lacazette and Pierre-Emerick Aubameyang, and more often plays in the wide areas. If Nelson has a good season at Hoffenheim, is there any reason why he couldn’t fill that gap in the squad when it comes to playing on the wings?

With Eddie Nketiah also scoring during this international break, two goals for the England U20s, there might also be room for him to understudy to the two £50m men so if Welbeck goes we replace him with two players. Internal solutions too, Arsene Wenger would be so proud. Both young men still have something to prove to show they’re capable of making that step up, and come January you have to look at a loan move for Nketiah who, like his teammate, needs a more competitive environment to further his development.

Still, as much as what’s going on at home is of interest to us, it’ll be worth keeping an eye on Germany and what Nelson is doing there. A solid season of education, some ups and downs, and hopefully enough end product and he’ll return to London ready to stake a claim for a first team place with us.

That’s your lot for this morning, more from me tomorrow and any breaking news throughout the day will be on Arseblog News.