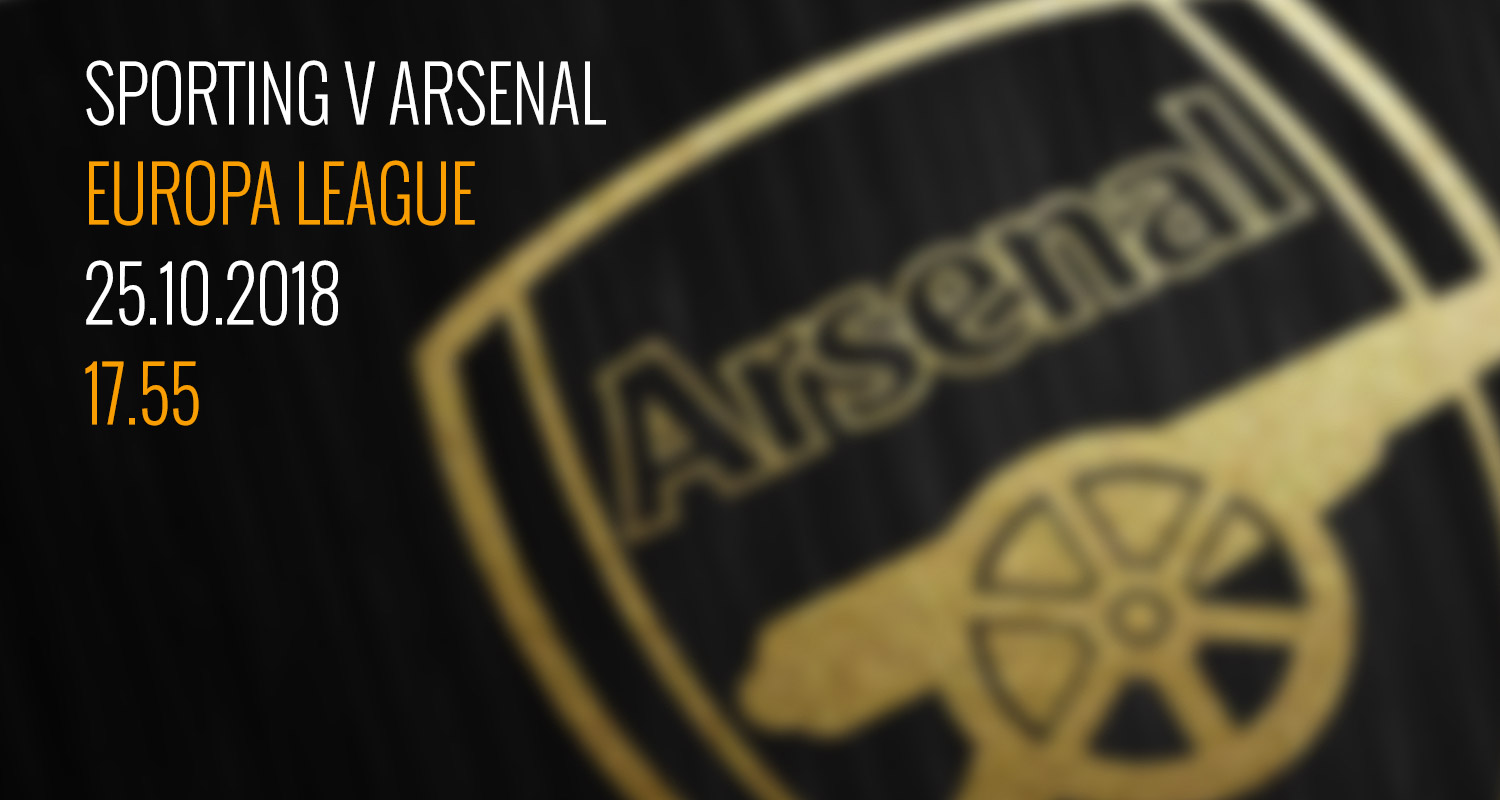 It’s Europa League action this evening – an early kick-off for those of you who get blindsided by that kind of thing (17.55) – as we face Sporting in Lisbon. They currently sit fifth in the Portuguese Primera Liga, and our back to back fixtures with them are the most challenging of the group stage, even if they are a club still coming to terms with what was a crazy and turbulent summer.

That’s reflected in the group of players we’ve taken which is pretty much as strong as we have available to us, although we are without a recognised left-back and that’s probably why Carl Jenkinson is in the squad for the first time since in a long time – and his last appearance for us was in a 2-0 EFL Cup defeat to Southampton in November 2016.

I doubt he’s anything but insurance but the hamstring strains picked up by both Nacho Monreal and Sead Kolasinac mean we’re light at full-back and needs must. I suspect we’ll start Stephan Lichtsteiner there again tonight as he’s about the only option we have, beyond moving Hector Bellerin from the right, and his form there this season makes that a not terribly sensible option. We finished with Granit Xhaka at left-back on Monday night, but as brave a decision as that was then, it’d be verging on foolish to consider him there from the start tonight.

With Crystal Palace coming up on Sunday, Unai Emery will have to rotate his squad a little. Sokratis is back after his ankle injury so could come in for one of Mustafi or Holding, the return of Petr Cech to full training gives the coach a bit of a safety net and means Bernd Leno can continue in goal, while we could change things in midfield with Matteo Guendouzi starting as he usually does in this competition.

Pierre-Emerick Aubameyang’s second salvo of two goals from the bench must give him a start up front, supported by Danny Welbeck on one side and probably Henrikh Mkhitaryan on the other. Assuming we’re going to play the same system as we did against Leicester, the question is whether or not he picks Mesut Ozil in the number 10 position again. It must be very tempting considering what he did against Leicester, but Aaron Ramsey is another option if he wants to freshen things up there. Given the coach’s reluctance to use Mohamed Elneny this season, it’s worth remembering that the Welshman is also an option for the midfield two.

Perhaps what we can say now is that whichever team he picks, there’s bound to be a surprise in there somewhere, as there has been in almost every selection he’s made since he took the job. Or maybe tonight is the night when we can start to predict what he’s going to do because we’ve got a bit more insight into how he operates. We’ll see.

Speaking ahead of the game, Emery again stressed that he’s taking the Europa League seriously:

I am telling every player, the supporters and the club for me it is very important also because it is one title a way to go to the Champions League next year.

We are here to play to win, to find all the titles that are in the way and this is one with a very high, high level in every team like Sporting and in this competition every year there are a lot of teams with the same idea to find here one title and I think the level now is very, very high in this competition.

And he’s also hinted again that there’s a concern about how many chances we give our opponents:

I want our strikers to have a lot of chances to score but also to find the balance defensively.

A win tonight would go some way to ensuring we top our group, and I’m sure Emery will be keen to keep the momentum going during a period when we’re playing three games a week. I think the quality of tonight’s opposition will see us field a strong team, and after that we can consider the trip to Crystal Palace on Sunday. Let’s see how our first real European test goes.

As ever we’ll have live blog coverage of the game for those of you in time zones where work precludes watching the game, simply check back here later for a post with all the details or bookmark the default live blog page. All the post-game stuff like the match report, player ratings and so on will be on Arseblog News.

For some extra reading this morning, Tim Stillman’s column looks at the aforementioned Carl Jenkinson who, despite his career not progressing the way he’d like, is living the dream of being an Arsenal fan playing for Arsenal. Check it out here.

Finally for today, the funeral takes place of former director Sir Roger Gibbs who was best known for his work in the banking world and the Wellcome Trust, but was also quietly influential behind the scenes at Arsenal when it came to transfers and the planning for the new stadium. Condolences to his family and friends.

Right, that’s it for now. Catch you later for the game, and I’ll be back here tomorrow to review it, and with a brand new Arsecast. Until then.