Morning all, a very quick Saturday round-up for you as I have a sore hand because I stabbed myself with a tree. I was playing with the dogs in the back garden, and I grabbed the trunk of a cherry blossom to gain purchase as I was careering around with them close at my heels, and a nobbly bit on the outside went right into the fleshy bit at the bottom of my thumb.

Now it’s all sore and tingly – I did immediately wash it out and disinfect it – but I think it went a good way in, hence the soreness. I’ve never stabbed myself with anything before, not least a tree, and I’d like to use this platform I’ve built over the last sixteen and a half years to advise all of you not to stab yourself with a tree.

The silent menace of stabby trees is not something you hear a lot about in this era of health and safety. Oh, we all have our smoke alarms and carbon monoxide alarms and all that, but where are the signs on trees that say: ‘CAUTION, MAY BE A STABBY BASTARD OF A TREE’? So, if you’re in the forest this weekend, watch out for fearsome firs, precarious pines and brutal birches. I think they might be out to get us.

In terms of Arsenal there’s not a great deal happening. Emile Smith Rowe is very happy though, as you’d expect having scored his first Arsenal goal on Thursday night. If not quite pinching himself, he’s enjoying his progression and inclusion with the first team. He’s revealed that Unai Emery has been advising him after training, and the first players have made him feel very welcome:

When I first started training with them the team, players like Welbeck, Lacazette were so welcoming. Everyone is helping me, everyone is giving me advice and I couldn’t really mention anyone now because everyone has been so welcoming. It is like a big family. Every player has told me you’ve got so much ability, so much quality just keep focused and keep working hard. To get that off world class players – even Mesut Ozil has told me that before and Aubameyang as well – is just unbelievable.

He’s even spoken about how, because his ‘promotion’ isn’t quite official yet, he’s still considered part of the U23 squad so, on days when he’s training with the first team, he has to change with the young players in their designated area of London Colney, and run over to where the senior team is. He doesn’t yet get to use the first team facilities. But I use the word ‘yet’ there very deliberately, because it surely can’t be long before he’s co-opted into that group full-time if he keeps progressing at this rate.

As always when a young talent emerges, you want to be excited but remain cautious. We know the attrition rate is high when they start to play first team football and many fall by the wayside at this period. They make the fringes of a team but never quite take the step up to become a regular with us, although they may fulfill that ambition elsewhere. However, sometimes you just get a feeling about a young player and their potential and Smith Rowe looks, even at this early stage, like someone who has got a real chance of making the grade.

There are myriad factors in terms of whether he makes it, of course. Some are out of his hands, but there are many he can control: how hard he works, how seriously he takes everything, how determined he is to eschew some of the trappings of modern football etc, and those will be crucial in terms of how he progresses. He sounds like a very humble, sensible young man though, and those qualities will stand him in good stead. I’m looking forward to seeing more of him this season.

Elsewhere, the Mirror are reporting that whatever happens between Manchester United and Newcastle United today, Jose Mourinho is going to be sacked. I feel like this is a bit of a shame, because while I don’t always think it’s a positive to witness a person’s slow, inexorable descent into failure and despair, in this case it would be. Like the last time he did this, when he was at Chelsea.

You remember, when Jose signed a whopper new contract which would provide him with a massive pay off should he be sacked and then he mysteriously went a bit doolally, behaving in a way which could only ever have one outcome: him being sacked and given a massive pay off.

What’s that? He signed a bumper new deal with Man Utd just 9 months ago, back in January? And if he were to be sacked he’d be in line for something in the region of £12m ‘compensation’ if they were to fire him? And he’s never moved out of the hotel he’s living in? And he’s falling out with players, losing the dressing room, having press conference ‘meltdowns’ which feed into the idea that he’s lost the plot but which inch him ever closer to getting the bullet? It’s almost as if he never had any intention of being there long-term. 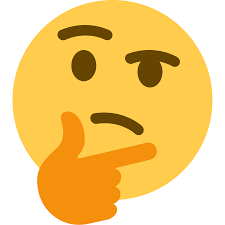 My spider senses are tingling. The best thing the United board could do if they’ve really fallen out with Mourinho is let him stay in the job. He’d absolutely hate that, and we’d all enjoy the entertainment of him playing Juan Mata at left-back and more media tantrums when he points the finger of blame for defeat at Luke Shaw even those he wasn’t even in the squad because he didn’t appreciate the fact the former Southampton man shared a joke in training with Anthony Martial.

Sadly though, all good things come to an end, and some bad ones too, and it might well be the last we see of Mourinho in the Premier League because with his £12m I suspect he’ll be buying a very big packet of Swan Vesta and burning every bridge he can find on his way out.

Right, not much else happening this morning, I’ll leave you with yesterday’s Arsecast, and I’ll be here tomorrow to preview our early kick-off against Fulham. Until then, watch out for them trees.