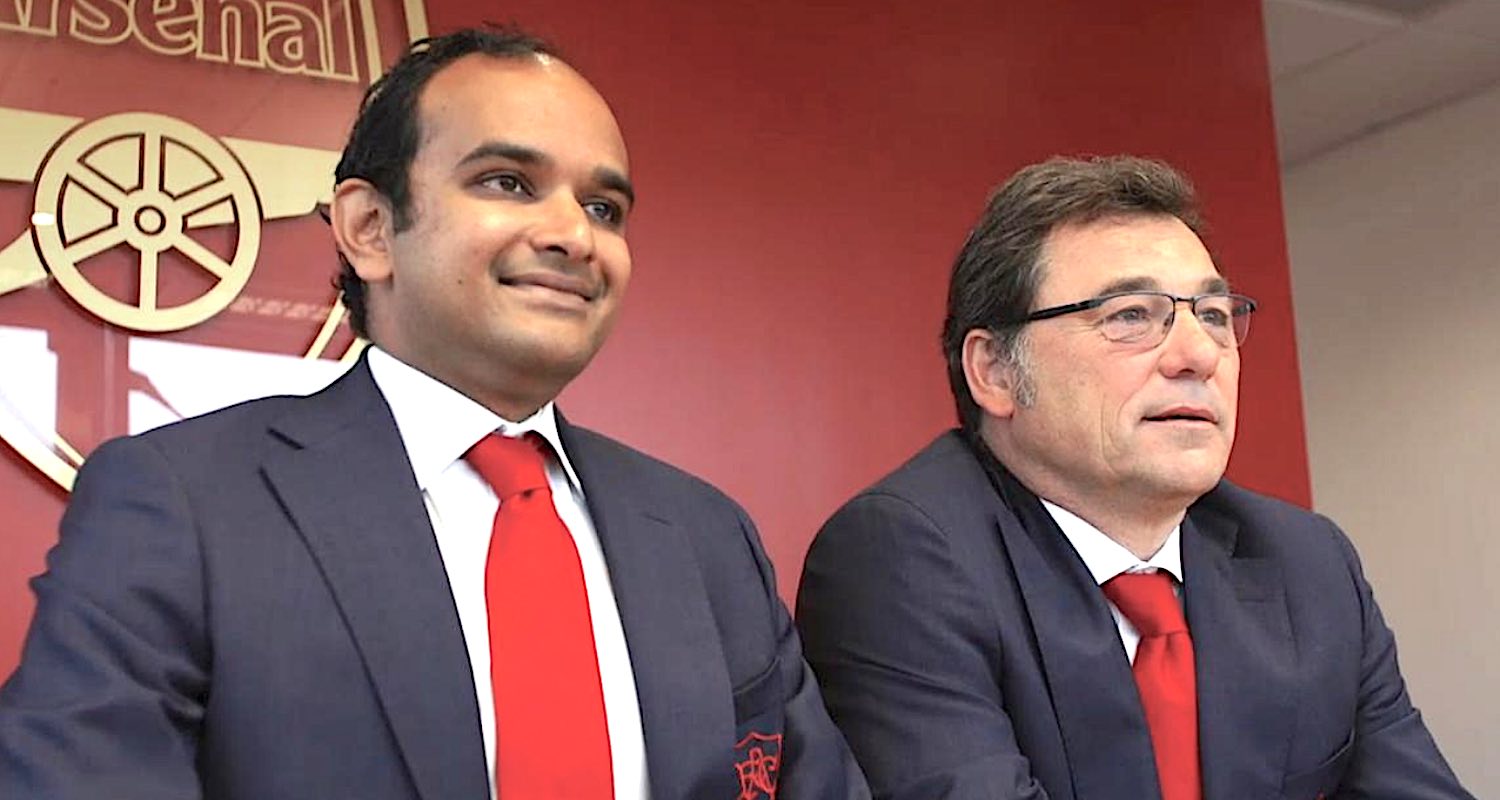 Yesterday our new Head of Football, Raul Sanllehi, and the club’s new Managing Director, Vinai Venkatesham, gave an interview to the BBC – read the full transcript here. As you’re all aware, these two men will be the ones responsible for the running of the club after the departure of Ivan Gazidis at the end of this month.

As the former Barcelona Director of Football told David Ornstein, “To put it in a simple way, he’s off-field, I’m on-field.”

Clearly the two will have to work together as what happens off-field impacts what we can do on-field, and vice versa. A successful football team makes it easier to generate revenues via sponsorships, endorsements, prize money (and don’t forget ticket prices which will be subject to the laws of supply and demand); while improving what we do in those areas should, on paper at least, provide more resources to invest in the team.

Both men were keen to stress how important the fans are. Venkatesham said, “One of the key things we’ve been speaking about over the past few weeks is how we can continue to step up our engagement with fans, look to build more constructive relationships with our fan groups as well. These aren’t just words, these are things that are very, very important to us.”

While Sanllehi followed his lead, saying that they’d been assured by Stan and Josh Kroenke, “The fans are the soul of the club. The reassuring messages they gave us is that we are going to have total commitment from their side. Having the owners engaged in project is going to give us stability to evolve the way we want.”

That’s positive I suppose, and the two made a surprise visit to the press area a couple of weeks ago to introduce themselves to journalists and to demonstrate some measure of engagement in that area too. There is also, as you might imagine, some fairly corporate language, about how this is ‘evolution not revolution’ and all that, but the big question for me was whether or not KSE would be investing their own money in the club to help bring back success. Now that they’re 100% owners, is there any chance they might fund the kind of transfers that would display the ambition set out in their offer document that insisted they wanted Arsenal to compete for the biggest prizes?

I don’t think it’ll come as any surprise to anyone that scenario seems very unlikely, as we were told about how the self-sustaining model, in which we spend what we generate, will continue. Venkatesham said:

We’ve got a really clear ambition and that is to win the biggest trophies in the game, the Premier League and Champions League. We want to do that in our way, respecting our values and history and traditions of this great football club built over 130 years. We believe we can do that with the business model that we’ve got.

Meet the new guy, same as the old guy. If I told you Gazidis said that, you wouldn’t think twice about it. Not least because we’ve heard him say it countless times before, but clearly this is the edict from on Rocky Mountain high, and this is the reality of how the club is going to be run under KSE. You wonder, of course, how this self-sustaining model will allow us to realise those lofty ambitions when reports suggest that we could be posting a loss of £70m in this financial year.

The Managing Director played that down somewhat unconvincingly, before the Head of Football more or less dismissed the January transfer window:

I think that’s something most fans will understand, even if some don’t agree with it, summer is clearly the best time to buy players, and I don’t think we’re hugely lacking anywhere in terms of our squad depth this time around (although I wouldn’t turn down a top centre-half).

So, while all of this sounds fairly underwhelming, it doesn’t mean we can’t compete. I think it makes the prospect of competing much more challenging, but if Arsenal can be smarter than we have been then we could make up some ground. First and foremost, as I’ve been saying for a long-time and as Tim wrote in his column this week, we have to get better at contract management and selling players.

As KSE aren’t going to fund transfers, the club has to do that. A self-sustaining business model isn’t a bad one in and of itself, but forgoing tens of millions of pounds in transfer fees because of indecision is nothing else but bad business. That’s why we’re hopeful Raul Sanllehi can make improvements in this area, and fortunately for him the people previously in charge of this have set the bar so low it’d be almost impossible not to. We can’t allow players like Aaron Ramsey and Danny Welbeck to get into the final 12 months of their contracts and leave for free when we could sell them and use that money to replace them. It’s not that complicated.

We also have to hope that Sven Mislintat, the Head of Recruitment, can find players who fit within the transfer budget we have: one that appears as if it’s going to be limited due to our lack of Champions League revenue and the possibility of having to service a substantial loss. Identify young talent whose value is within our means, and look for them to develop with us thanks to coaching, maturity and so on. There may well be a greater reliance on our academy to provide first team players – and that’s not a bad thing once those players are at the level we require.

Having a head coach who can get the best of these players, who can improve them, having the coaching staff, support staff, medical staff, scouting, analysis, youth structures and all the rest feeds into this. And to the club’s credit, these are areas which have all undergone substantial change in the last while, so we have to hope the people in those positions can do the job. You can see in some cases, particularly medical, that things are better whereas for others it’s still too early to say.

So, it’s all doable, but I don’t think anybody should be under any illusions as to how challenging it’s going to be – particularly as at the very first suggestion of the Kroenkes doing their bit to help out we get a tired soundbite we’ve heard a thousand times before. All we can do is wait and see how it all pans out, but there was a chance here for KSE to generate some goodwill among fans, and they’ve eschewed that. Ultimately, it’s difficult to escape the feeling that it’s because – despite what they say and what they say to the executives now running the club – they don’t really care what the fans think.

Right, that’s your lot for this morning. I’ll leave you with yesterday’s Arsecast, get listening and I’ll be back tomorrow.