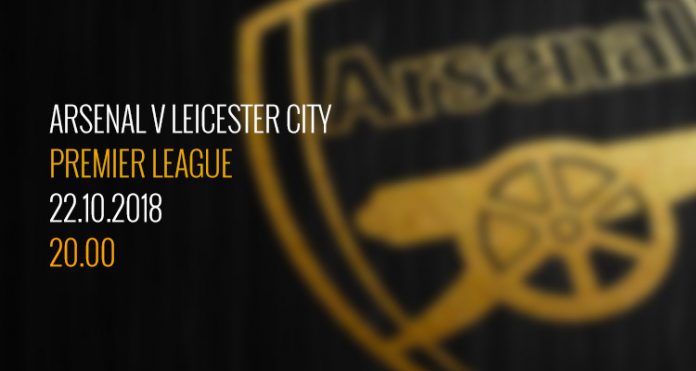 I know the Interlull was officially over last week but our special extended version ends tonight when we face Leicester City at home, our first football action for fifteen days. A win tonight would make it ten in a row, but it all depends how we find ourselves after the break. Sometimes an Interlull can actually be a bit handy because it gives you time to regroup, but when you’ve built the kind of winning run we’ve been on you worry it might interrupt that.

In terms of team news, the only significant doubt is Sokratis who picked up an ankle injury playing for Greece and the last update we got was that he was still being assessed. If he doesn’t make it then it’ll be Rob Holding and Shkodran Mustafi as they’re the only two central defenders we have available.

It’s hard to envisage any change in the centre of midfield where Lucas Torreira and Granit Xhaka should pair up again. There have been signs that the two dovetail very nicely, the Uruguayan perhaps the perfect foil for his teammate. We’ve all see enough of the the Swiss international to know there are some flaws to his game, but Torreira seems to offset them due to his natural defensive instincts and reading of the game. It’s a bit early to say this is definitively a partnership that could see us through the majority of the season, but there’s no doubt it looks promising so further evidence of that this evening would be very welcome.

The thing that will have caused Unai Emery plenty of thought is how to set up ahead of that midfield duo. We’ve wondered about the balance of that ‘front four’ throughout the season, and against Fulham we had three regular components of that not in the starting line-up and played very well. We then brought on two of them, Aaron Ramsey and Pierre-Emerick Aubameyang, and finished with a flourish as that pair plundered three goals and two assists between them. This was without Mesut Ozil too, who missed the game with a back spasm but is available for selection this evening.

The players that came in, Alex Iwobi, Henrikh Mkhitaryan and Danny Welbeck, could all be pleased with their displays at Craven Cottage too, so whatever Emery does this evening he’s going to disappoint some of his players. It’s a very nice problem for him to have, by the way, but it’s got to be giving him some headaches.

Will he revert to his normal formation, or stick with that sort of 4-4-2 he used against Fulham? If he does the latter, you could see Aubameyang come in for Welbeck, and perhaps one of Ozil or Ramsey to play ahead of Iwobi or Mkhitaryan. If I had to guess I’d say he might pick Ozil ahead of Ramsey which would see the Armenian drop to the bench and Iwobi keep his place on the left hand side. That’s if he keeps that formation of course.

It must be tempting given how well it worked in the last game, it looked balanced and effective, and it solves one significant conundrum: how to get Alexandre Lacazette and Aubameyang in the team in a way which seems better designed to get the best out of the former Borussia Dortmund man. We’re at home too, playing a team who have lost four times in the league already this season, so going full tilt at the opposition tonight must be in his mind.

I do like the fact we can’t really predict what way he’s going to set up his team this evening though, and whatever team he picks you can be sure that there’ll be no room for complacency. Following on from his press conference remarks about getting better, he reiterated that point in an interview with Sky Sports:

This luxury he currently has of having players genuinely fighting for places will help that – and it’s to his credit he has cultivated that kind of environment since he took over. If you play well you’ve got a chance of being picked. We’ve seen Lacazette and Iwobi play themselves into the first team despite starting the season on the bench, and it sets a great example to everyone else. Perhaps in time we’ll see a pecking order emerge, but as long as players feel like they have a chance to impress when they play, you’ll get more out of them.

The Fulham game felt like a step forward, not just in how we attacked but also how we defended. We conceded, but there were far fewer chances for the opposition relative to almost every other Premier League performance this season, so fingers crossed we can build on that tonight because defensive stability also plays a part in how well we attack.

As ever, we’ll have a live blog for you, just bookmark our live blog page and updates will begin automatically with team news coming about an hour before kick-off. After that we’ll have a report, player ratings, stats and everything else on Arseblog News.