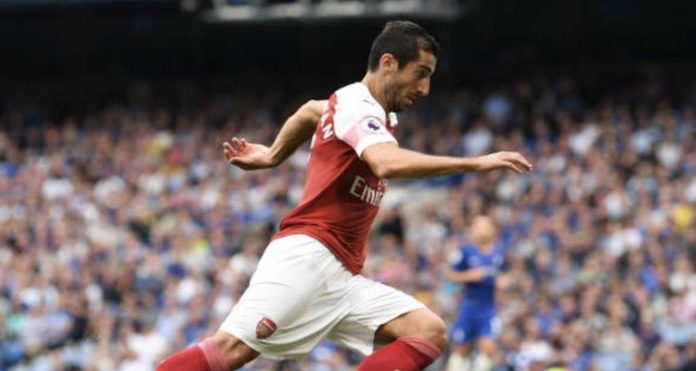 Good morning to you, a quick Saturday round-up for you because I have to take the dogs to the park now that the park is accessible again.

The draw for the Europa League was made yesterday and for your delectation we’ll be facing Sporting Lisbon, Azerbaijani champions Qarabag – with their name like a ubiquitous app that hasn’t yet been invented but will become a verb like Skype or Google – and Ukrainian side Vorskla Poltava.

And people say the Europa League is the poor relation. Pffff, as if.

In truth though, it’s a chance for Unai Emery to give playing time to everyone. I expect to see plenty of youngsters, Bernd Leno in goal, perhaps Emile Smith Rowe starting with Eddie Nketiah, and there’s probably scope to include Inanimate Carbon Rod and Tyre Iron too. The new boss says he wants his team to ‘go far’ in the tournament, which is understandable because it is one with two prizes: a trophy and entry into next season’s Champions League. As uninspiring as the group stages are, once things get to the knock-out stages we have to take it seriously.

An interesting story from the draw is that Azerbaijan are at war with Armenia and they have banned all Armenian citizens from entry into the country. It was suggested that Henrikh Mkhitaryan might miss out, although he was granted a visa when playing for Borussia Dortmund. They were due to face Gabala – with their name like a dating site for mongoose aficionados – but in the end the midfielder stayed at home due to ‘security concerns’.

Interestingly, someone with an Azerbaijani IP address attempted to comment on the story on Arseblog News to suggest this was the right course of action because someone might try to hurt Mkhitaryan or, indeed, he might do likewise to citizens there. A sleeper agent of the Armenian army, playing for Arsenal in the hope he might be granted a visa for sporting reasons, could then get behind enemy lines and take a few people out. Of course. People are mental (the comment was not published).

It’s also worth pointing out that the final is taking place at the Olympic Stadium in Baku in May, so should we get that far this story might raise its head again. Hopefully that’s a bridge we can cross when we come to it.

Meanwhile, Reiss Nelson’s loan move to Hoffenheim was confirmed, and the good news is that he signed a new long-term deal before he left.  I wrote earlier in the week about why I think this is a positive thing for the player, and the club in the longer-term even if it does take away a little early-season depth, so fingers crossed it all goes well for him there.

Unai Emery explained the thinking behind the move, saying:

It’s a very big chance for him and the level there is important. We think, because he is very young, he needs to take a new level to play, a new level also to get minutes, to get experience.

While the player sounded delighted with his new deal:

I’m delighted. It’s been a long time coming now, so I’m just happy everything’s sorted out and I can sign a contract for a great club. It’s my boyhood club. From a young age, from about eight years old, I’ve been supporting the club. The likes of Thierry Henry have encouraged me as well, so ever since then I’ve just loved the club and really fallen in love with it.

Looking ahead to the Cardiff game, the Spaniard said Mesut Ozil was back in the squad, stressing the fact he was an ‘important player’, and once again playing down the stories from last weekend. He also made it clear that the German would have to fit into his style, rather than the team being built around him:

It’s about where he is better for us and also about the opposition’s style of play. I like the possibility to have the player play different positions on the pitch. It depends each match and is the same for other players too. For that, Mesut has played with me on the right wing and also as No 10 and we are going to continue to do that.

I don’t think those are demands that anyone could find unreasonable. We’ll tailor the the team to the opposition, Ozil will play where the manager thinks he can have the most effect. Right now though, there’s something interesting brewing between Mkhitaryan and Bellerin on the right hand side and it’d be strange not to let that develop further.

So, unless Emery shifts Aaron Ramsey further back in the midfield, it’s a bit of an either/or situation between Ozil and the Welshman. You could see some games where one might be better suited than the other, and while Ramsey’s contractual situation looms large and makes you wonder if we should focus more on the player who has committed to the club – whatever you think of his wages – I suspect Emery is pragmatic enough to know he’ll need what Ramsey can give us throughout the course of this campaign.

What he does tomorrow against Cardiff will be interesting, we’re still trying to work the new man out and how he thinks, and each game give us a little more insight into that.

Right, that’s it for this morning. For plenty of Ozil discussion and a good old fashioned Mourinho lambasting, get your ears around this week’s Arsecast below, and I’ll be back tomorrow for a preview of the game, and all the other bits and pieces as well. Until then.