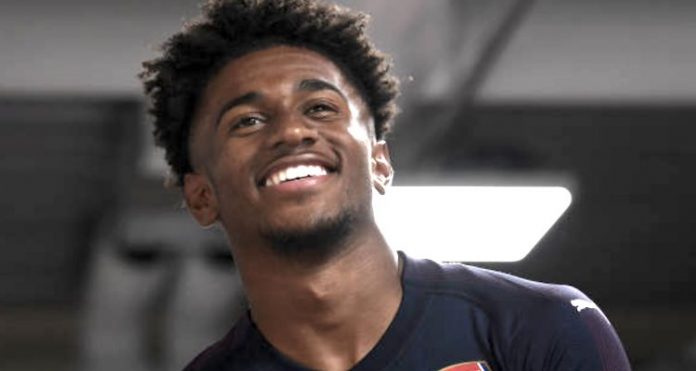 It’s sort of flown below the radar a bit, but the transfer window is open across Europe until Friday August 31st. Of course we don’t care because we can’t avail of its juicy wares, any incoming business had to be done before August 9th due to the new rules for Premier League and English clubs.

It is still possible for clubs in the Championship, and Leagues One and Two, to do loan deals, but again, this is of little interest to us so nobody’s really thought about it too much. We’ve been too busy trying to completely and utterly work out Unai Emery and his methods on the basis of three games. Even so, we might be involved in some business because we could conceivably loan some young players out between now and the deadline.

With the Europa League group stages a chance for the new boss to rotate and to give some playing time to senior players who haven’t had much of a run in the league – as well as young players who are knocking on his metaphorical door – I suspect whatever we do will be fairly limited. However, yesterday saw reports about one of our most promising young players departing.

Initially, it was feared that Reiss Nelson was about to join Hoffenheim on a permanent basis, although it was then suggested that he’d sign a new long-term deal with us before moving to the Bundesliga side on loan for the duration of the season. Hopefully it is the latter, because the 18 year old is a really exciting prospect and it would be a shame to lose him at this point of his career.

Yet he’s at something of a crossroads and you can’t blame him for considering his options. One of his best friends in football is Jadon Sancho who was touted as one of Man City’s brightest young talents but decided to leave for Borussia Dortmund. When you consider what he has ahead of him in the City squad, you can see why he’d have thought he might have a better chance of first team football elsewhere. Since moving to Germany he’s featured pretty regularly, scoring his first senior goal and providing 4 assists.

If Reiss Nelson is looking at his 18 year old mate do that for a team like Dortmund, why wouldn’t he fancy his chances of playing pretty often for Hoffenheim? Some will wonder why he wouldn’t be keen to stay, with Europa League football almost a certainty and room enough in the front three for him to at least fight for a place as the season progresses. Which is not unreasonable, but then perhaps he’s like a growing cohort of young English players who are willing to try their luck abroad because they can see how beneficial it can be.

From within the Arsenal ranks we’ve seen Chris Willock join Benfica and Marcus McGuane opt for Barcelona rather than sign on with us. Granted, both are currently with the B teams there, but I think these lads ought to be applauded for giving it a go elsewhere. They could probably earn more money staying in England, even if it wasn’t with Arsenal, and their chances of making the first team at the clubs they’re at are almost as slim as they are at home, but maybe there’s more to the decision making than people think.

Willock, for example, has yet to make an appearance for Benfica’s first team but last season played 30 times in the Portuguese second division. How much more beneficial was that to him than an occasional run-out in the Europa League with Arsenal if he’d stayed? How much more will he have learned playing properly competitive football than spending the majority of his season at U23 level? He might never break through to the Benfica first team but you can be sure he’ll have learned a huge amount in his time there.

On top of that, there’s the life experience too. Living in a new country, learning a new language, getting to know a different way of life, cultural and societal differences, all of which are fantastic ways to develop as a person too. McGuane will have it in Barcelona, and if Nelson goes to Germany you can only imagine it will provide him with similar benefits, making him (hopefully) a better player and a more rounded person. Getting outside the bubble of life as a young pro in England, the creature comforts, the status of being an Arsenal player, having to look after things yourself rather than being looked after at every turn is a really positive thing and I’ve got no issue with any young player that’s willing to take that chance.

The easy thing to do is stay, sign a contract, play a bit, maybe make an impression, but knowing you have the security of your contract and the likelihood of a move somewhere or other if it doesn’t work out. A move like this might improve Nelson’s chances of regular first team football a little bit, but it’s far more of a test as a person. So, I’m all for Arsenal giving him a new deal, it’s important that we hang onto our best academy talents and he’s clearly one of them, but in the context of this season I think it would probably be more beneficial for him to take this chance to play, to learn, to develop and on his return we’ll have a much better idea as to his readiness when it comes to playing first team football for Arsenal.

There were also stories flying around yesterday about Alexandre Lacazette considering his Arsenal future as he’s started the opening three games on the bench, but I can’t see any situation which would see us sell before the deadline on Friday. If anything, those three games – his blooper at Chelsea aside – have shown us the value of the Frenchman and he’s got to be pushing for a start this weekend. The season is long, we have a lot of football to play, and he’s going to be a big part of it, I’m sure.

Right, that’s your lot for this morning, news throughout the day on Arseblog News, and I’ll be back here tomorrow.