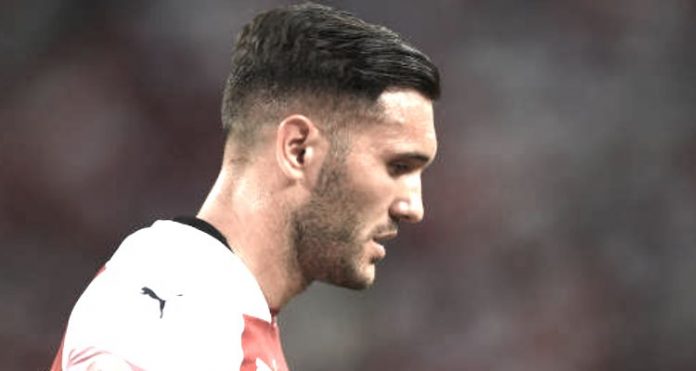 Without downplaying the momentousness of the ownership issue in any way, because clearly it’s a hugely significant development in the history of this football club, it’s a bit of a shame that it happened this week because it has taken the spotlight away from the football side of things.

When we ought to be building up the excitement for the start of the new season, we’ve instead been caught up in a maelstrom of worry and doubt about things off the pitch rather than on. So, bearing that in mind, until there are more stories stemming from the KSE takeover, we’ll concentrate fully on the football.

Today is transfer deadline day but with a caveat: it’s only transfer deadline day for English clubs, because across Europe they haven’t yet implemented this new rule that the window should close before the start of the season. Even if they did, the staggered starts of the various leagues across the continent would mean there’s still no harmony.

It means that we might do some business today, but also that we have until the end of the month to shift some of the players deemed surplus to requirements. We’ll also be allowed to loan players to clubs in the Football League until August 31st, so there’s likely to be more business done after today than on deadline day itself.

One deal which seems certain to go through is Lucas Perez to West Ham. It’s believed we’ll get a fee of around £5m, which is far less than the £17.5m we spent on him two summers ago. As I mentioned yesterday, Arsenal’s scouting reports on the Spaniard told Arsene Wenger that he was a good player but one not quite at the level we needed, but the Frenchman sanctioned the deal anyway back in 2016.

Whether that was in the back of his mind all along it’s hard to know, but despite some decent performances and some goals, the manager was never properly convinced and Perez increasingly became a bit-part player as his first season went on. He was then sent out on loan to Deportivo la Coruna last season where his return to his hometown club went badly, he was the brunt of a lot of criticism and they ended up being relegated from La Liga.

This summer, a new head coach – and a fellow Spaniard – appears to be have been as unconvinced as Wenger, and there’s no room at the inn for Perez. I know some might say we’re selling because we need to raise some funds, and perhaps to lower the wage bill, but if Emery thought the striker would help the team achieve what he wants it to this season, we’d be keeping him. Good luck to him at West Ham.

There’s also been talk of Danny Welbeck being made available, but unless something goes through today I can’t imagine we’ll see him move. English players so rarely go abroad – usually because Premier League wages make it difficult for the kind of clubs who might want them to be an attractive proposition – and I can’t see him making a move to Turkey or somewhere like that.

There’s apparent interest from Southampton and Bournemouth, both of which seem like perfectly decent destinations for a player who has failed to really kick on after his move from Manchester United. A large part of that, of course, was the fact he suffered two terrible injuries and has had to battle back on both occasions. But he’s now 27, he’s going to get very little football playing in his favourite position up front because of Aubameyang and Lacazette, and with less than 12 months left on his contract it feels the right time for both parties to go their separate ways.

If it doesn’t happen, I’m ok with keeping him because he’s an experienced player who does provide depth up front and in the wide positions, but if we are trying to get some cash in, he seems one of the most valuable assets we have in the departure lounge as it stands. The ‘English tax’ and the money sloshing around the Premier League would mean we’d get a reasonably decent fee, and perhaps that’s the best thing for all concerned.

Beyond that, Carl Jenkinson is another who could depart today permanently, but if there are no suitors then he can join the queue for a loan move before the end of the month. David Ospina and Joel Campbell are unlikely to stay in England, so that gives them more time to find a new club, and once we’ve gone through the list of departures you have to turn to potential arrivals.

I certainly felt that sending Calum Chambers out on loan was a strange decision unless we were going to bring somebody else in, but it remains to be seen if that’s going to happen. If nothing does, it’s not the finest line-up of centre-halves I’ve ever seen, and that would be a bit of a worry, and if we do bring in Domagoj Vida then I’m still a bit worried because despite his impressive World Cup he’s been a relative journeyman for his entire career.

I wonder is Emery happy with what he’s got back there? It’s definitely my chief concern going into the new season, and it was interesting to read the Head of High Performance, Darren Burgess, speak about how the Spaniard has been focusing on improving our defensive record during pre-season:

One thing he’s been working on unsurprisingly is making the team a bit more solid and better organised in that area. Obviously it remains to be seen how successful that is but that’s an area he’s focused on.

He’s very particular on player positioning depending on where the ball is in certain areas of the pitch. His sessions are very intricate in that regard.

So, if we are to make a signing today, I think that’s where it will be, but if we didn’t bring anyone it at all, I don’t think I’d be surprised either. Quite how we view our overall transfer business in that context is a question I might put to the panel tonight as we record a season preview Arsecast – and it’s a bumper week for podcasts because there’ll be two episodes out tomorrow.

We’ll have all the news from transfer deadline day over Arseblog News throughout the day. The window closes at 5pm, so there’ll be no late night shenanigans, and we can discuss it all on the podcast and in tomorrow’s blog.