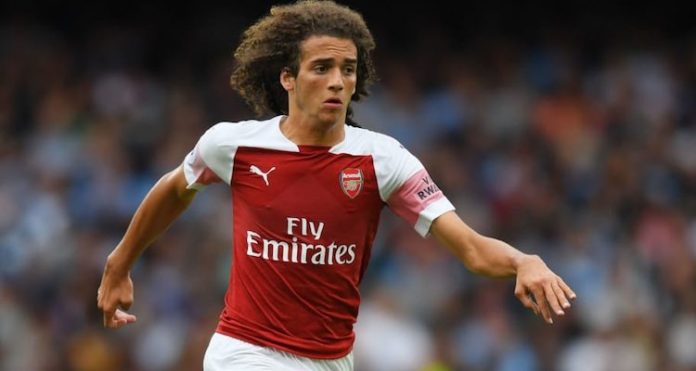 It’s fair to say that the start to the season hasn’t gone as well as we’d have liked, but in general I think there’s been a good vibe around the Arsenal throughout the summer and the early weeks of the campaign.

A quick post on some of the positive aspects to our two games, in spite of the two defeats.

I’d still urge caution over him to an extent, the hype train can get out of control pretty quickly, and he is still just 19 and very inexperienced at this level. People love his passion, but remember Mathieu Flamini was full of that and while it’s nice to see it doesn’t make up for other things that may or may not become apparent over the coming months as we get to know him better as a player.

Nevertheless, he was impressive against Chelsea in almost every aspect of his game. The flaws that were apparent against City were not there, and while it’s too soon to say he’s a quick learner, it’s still a good sign. The quality of his passing was apparent too, and from nowhere we’ve got a player who, on the basis of his performances, merits a place in the side this weekend.

It seems that being given a chance and taking it means you’ll be rewarded, which bring us to …

Apparently the dressing room was shocked and Aaron Ramsey was upset by the decision to leave him on the bench for the game at Stamford Bridge. I realise this is a story almost certainly planted by his agent, but if they were shocked and he was upset, so what? I don’t want to turn this into ‘Well, Arsene Wenger would never …’ kind of thing, but the former boss didn’t like to upset his apple-cart. It had apples on it, and it might have been a nice cart, he didn’t want to damage either.

Emery doesn’t care about the apples or the cart. He barely knows these apples and he has to taste each one. Which of them are juicy and delicious, and which one is bitter like a cooking apple? One might even have a worm in it. As for the cart, for all the new boss knows, some of these apples don’t fit on it so … well … I’ve pushed this metaphor as far as I can.

The point is that previous reputations, seniority, and other factors that might have been in play when the manager picked his teams or made his substitutions are no longer relevant. It’s not a case that because Ramsey hasn’t yet signed a new deal – and I’m very dubious that he will – he’s being picked so help encourage him to do so. There’s no room for sentiment or indulgence.

You’re playing poorly, off you come Granit, with your keys to the front door. Not doing it, Mesut, you can come off too. Half-time, early in the second half, off off off, someone else is going on. It’s easier for him to do it in midfield and the attacking third because we have the personnel, but one would hope the same applies to every player in every position, and it should keep them on their toes to say the least.

The players are buying into it

Over the course of the season, some will fall by the wayside, become peripheral and less involved because Emery will deem them to dispensable or they just won’t be into what he’s doing and that can only end one way. For now though, the noises are encouraging when we hear from the players. Naturally, they’re going to be positive in public, but it’s still interesting to hear.

Emery kept the philosophy of Wenger but is building something new on it. He knows he can give something different to this club, like the balance between attack and defence. It’s not easy but I think he’s doing it in the right way.

It’s not too easy but we are trying to achieve that and do what the coach is asking from us. It’s a new philosophy, we have to accept that and work hard to achieve our goals.

This is a guy who, freed from the yoke of Mourinho at Man Utd spoke glowingly of life at Arsenal under Wenger, so he’s not coming at this from a negative perspective. Players like things to be clear. Tactics, instructions, game-plans etc. Some absolutely thrive when given all the freedom in the world to go and do what they like, the free-form jazz stylings that look so good when they work, but most prefer to know what their roles are and Emery appears to be that kind of manager.

He needs to make an orchestra from these apples and get them to play together in tune, and while there’s always room for a bit of a flourish, he needs to ensure that some bloke with his rusty trombone doesn’t jump up in the middle of the piece and start parping like a lunatic because that spoils it for everyone.

That spell during the Chelsea game when we created chances, and missed some of course, was really encouraging so hopefully with better balance, we can see more of that with less of the defensive stumbling.

I know it should go without saying that anyone making massive judgements two games into the season is not giving anything a fair chance, but we live in a world – especially online – where common sense is not always that common. We can analyse the games, have opinions on the things that went right or wrong, but right now that’s about as much as we can do.

The sample size is so small that anything beyond that is just guesswork. Over time we’ll get to know Emery better and understand his decision making processes a bit better, but right now the majority of people are looking at things in context. It’s not true of everyone, some people are just naturally divisive one way or another, and it’s certainly not true of some sections of the media – but their job isn’t necessarily about reasoned analysis or opinion, it’s about selling papers or getting clicks or annoying people so they call into their half-witted radio shows.

For the most part it’s been nice to feel a kind of togetherness among the fans that wasn’t there in the not too distant past for reasons we can all understand. Hopefully now we can get on a run of winning games, and nothing keeps people together as well as that.

No doubt you have positives of your own, feel free to chime in on the arses with your contribution, and I’ll be back tomorrow with more.