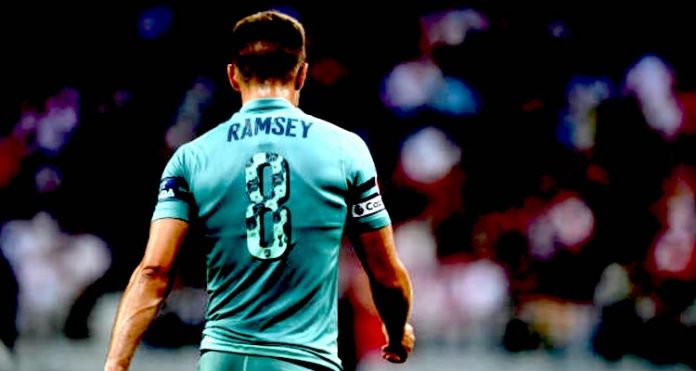 Morning everyone, it’s a bank holiday here but given the fact it’s a Monday and a brand new week, I guess we can officially start the countdown to the new season. Our first opponents, Man City, won the Community Shield yesterday, a game which I did not see, but given that we beat Chelsea in the International Champions Cup last week, that doesn’t make them any better than us.

Sure, they were champions last season and finished 33 points ahead of us, and that’s what makes them better than us but that’s just a minor detail before we face them next Sunday. The thought that they might be weakened by the absence of their World Cup contingent was certainly a comforting one in the build-up, but looking at their starting XI, it still looks as if they might have one or two players who could cause us problems.

And the thing about us is: we don’t even know what our starting XI is. Not that this is a bad thing, it’s all part of the upcoming surprise package of a season at Arsenal not managed by Arsene Wenger. Remember, this is something that a lot of supporters will have never experienced before – everything you thought you knew before you now don’t know because … er … I was trying to finish that like a movie trailer tag-line but I ran out of brain juice.

We’re a work in progress, very early progress, like when you gut an entire room and you take pictures and it looks disgusting and creepy. Like the kind of room you’d make Tomas Rosicky sign a contract in: 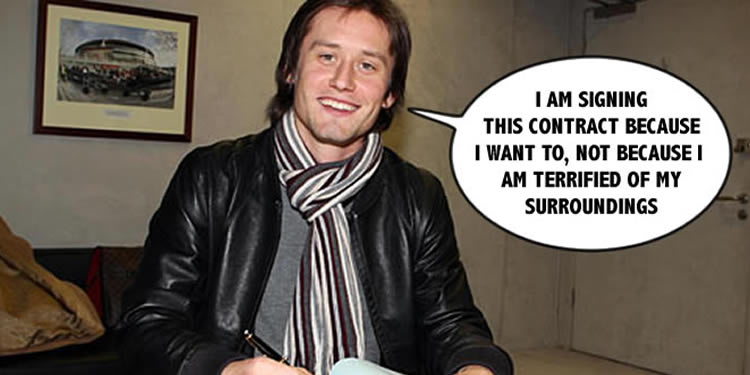 Then, after time, you get the plastering re-done, the skirting boards get a lick of paint, the whole thing is re-plastered and eventually you can see that it looks like a room again. I don’t know exactly where we are in this Unai Emery DIY project because pre-season can only tell you so much, so the first few weeks of the season are going to be very interesting and very informative.

Over the weekend I saw rumours doing the rounds on Twitter about Aaron Ramsey and Chelsea. Then more rumours about Barcelona. Then his agent dismissing rumours that he’s looking for £300,000 a week. Whatever the truth of any of those stories, there is one stone-cold fact to this situation: he has not yet signed a new contract with Arsenal despite one being offered to him.

It’s now Monday August 6th. The transfer window closes for purchases on Thursday August 9th on 5pm. If Arsenal were to sell Aaron Ramsey, they would need to buy somebody to replace him because he is a very good player and if we’re to achieve any kind of measurable success this season, we need our best players.

I feel like the chances of the club lining up a deal for midfielder between now and then are slim. Therefore, it feels to me like Aaron Ramsey will stay beyond the August 9th deadline and at that point selling him would be an act of folly because we wouldn’t be able to bring in a replacement.

This leaves Ramsey in a position where he can a) continue to negotiate with the club, perhaps securing a super, bumper, mega-deal similar to the one signed by Mesut Ozil last January when he had us well and truly over a barrel; or b) head towards next June without signing anything and then the lure of a sweet, sweet Bosman becomes ever more attractive.

He runs the risk of injury being a factor, and he knows a thing or two about that, but a player of his calibre would be seriously attractive to a lot of clubs across Europe who wouldn’t necessarily be prepared to pay a transfer fee plus big wages for him right now. And if he sees out his contract, can anyone complain? He’s been here ten years, respected the deals he had, done his best and now it’s time to try something different.

Once again, I’ll state for the record that I hope he stays, but this is a situation of the club’s own making, one they’ve found themselves in far too often before, and it ought to be something they address at a high level because it’s a bad way to run your football team. This kind of uncertainty ripples throughout a squad, as professional as a player is it can also affect their performances – even subconsciously, and in general contract sagas are a distraction. A Director of Football and the New Contract Dude can do a lot more to avoid these situations in the future, and while I realise this one is a leftover from the previous regime, it’s one weighted almost entirely in favour of the player.

Speaking of which, the Independent report that Lucas Perez has no intention of going anywhere and wants to stay and force his way into the reckoning under Unai Emery. This despite interest from West Ham, Sporting Lisbon, and others. The issue over his move to Portugal was his unwillingness to take a pay cut of almost 50%, and anyone can understand that.

So, is this story about him really wanting to stay and fight for a place, or a little shot across the Arsenal bows from his agent who might want us to facilitate a deal which is less financially damaging? I guess we’ll find out between now and Thursday evening. One point that’s worth making: you can’t just make a player leave, they have to want to go. Or at least be encouraged that this is the right decision for them. It’s the same with Ramsey, if nobody’s willing to cough up a fee it’s redundant to say ‘JUST GET RID OF HIM!’.

This is a big fat squad right now though, and it definitely needs some trimming down. Let’s see what they manage this week, although we can still sell to European clubs until the end of August.

Right, that’s that for this morning. James and I will be here later with an Arsecast Extra. If you have any questions or topics for discussion, send them to @gunnerblog and @arseblog on Twitter with the hashtag #arsecastextra.

Catch you later with the podcast.