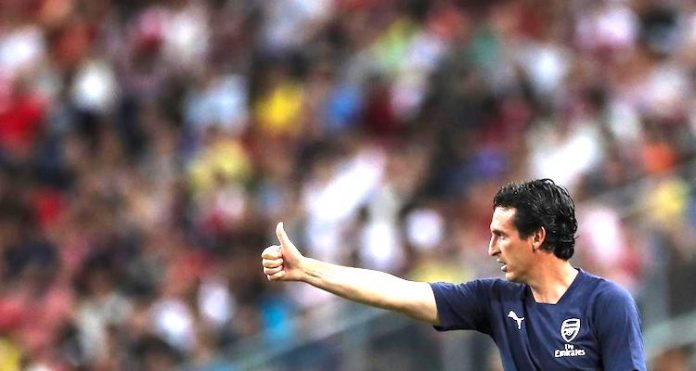 Yesterday’s blog asked the question – ‘What will transfer deadline day bring for Arsenal?’. Beyond puppy pictures and strange doodles on our live blog, the answer was: nothing.

There was one deal and that was Lucas Perez going to West Ham. Beyond that it was a quiet day, although there was some talk of David Ospina agreeing terms with Besiktas but nothing about the two clubs reaching agreement because apparently they wanted a loan and we wanted to sell.

I say this with all sincerity because our incoming transfer business was done with great efficiency this summer, but we really need a head of sales. As a club we have a really difficult time selling players and moving on our excess baggage. It’s not simply a case that we have too many average players on high wages, that’s true of plenty of clubs, and they seem to have greater success when it comes to shifting them. There’s no doubt there have been big improvements in many areas in the last 12 months, but we remain a bit a work in progress and if we want to continue this upward trajectory I really think this is an area in which we can – and should – do much better.

The Ospina situation is not a worry because he has until August 31st to find himself a new club, as do some others. There was talk yesterday of Danny Welbeck moving on but no suitable offer was made and it looks as if he’ll be staying – unless there’s an attractive offer from abroad. From a footballing point of view, I don’t have any real issue with this at all. He’s an experienced player, popular in the dressing room, and when fully fit he can contribute in a number of positions across the front-line, but what was our strategy with him this summer?

It doesn’t look as if he’s going to be offered a new deal, so then you have to make a decision. Even with a year left on his contract, he’s someone who you could sell for £15-£20m in the current Premier League market, and for a self-sustaining club like Arsenal who spend what we generate, that’s a fair amount to leave on the table to see him walk away for free next summer. Particularly when you’ve taken a £13.5m hit on Lucas Perez who only cost West Ham £4m.

So, I think we can, as a club, improve the way we do our outgoing business and put in place some internal rules which see us avoid situations like Welbeck and Ramsey where players enter the final 12 months of their contracts – even if that means we have to sell players before we might like. That seems to be the way the game is going, and Arsene Wenger’s insistence that more and more players would run their contracts down appears to be spot on (rather than just an excuse some thought it was when he was constantly asked about Ozil and Sanchez last season).

Anyway, there’s that side of things and then there’s the incoming side of things – and I wasn’t in the least bit surprised we didn’t bring in anybody yesterday, even if I think the departure of Calum Chambers has left us a bit weaker at centre-half than I might like. Later on today, we’ll have the traditional Arseblog Season Preview post, but this time around it’s not just me. Myself, Tim Stillman, James and Andrew Allen all take a look at the squad and the various areas: Goalkeeper, Defence, Midfield and Attack, as well as providing an overall assessment of where we are and what our realistic hopes are for the season.

They were all produced independently of each other, but it won’t be too surprising to hear that the most common theme was concern about our defence. On paper Mustafi, Sokratis, Holding and Mavropanos is the most unconvincing collection of central defenders I’ve seen at the club for some time, but with Emery focusing on better organisation and protection for his defence, their potential weakness may well be offset by that and the genuine quality we have in midfield and up front. You can read that on site later.

Defensive concerns aside though, we have done pretty much what we needed to do this summer. We needed a right back as cover/back-up/competition for Hector Bellerin and we did that. I thoroughly enjoyed everyone going ‘Oooh, look at Lichtsteiner teaching Holding!’ yesterday as some of the training pictures emerged:

In seriousness, I might have some worries about how a 34 year old will cope with the pace of the Premier League, but his experience could well be vital for our young defenders like Bellerin, Holding and Mavropanos.

We also needed a central defender and a goalkeeper and we bought them. Midfield required the addition of qualities we’ve long sought and hopefully Lucas Torreira can provide them. The arrival of a young French talent is something we’ve seen before, but if Matteo Guendouzi can adapt quickly he could well start to force his way into the reckoning but I suspect he’ll be a Europa League player first and foremost because the step up from Ligue 2 to the Premier League at 19 is a significant one and he needs time.

There are also the young players who are coming through our academy. Ainsley Maitland-Niles is the most established but there’s genuine optimism over the likes of Reiss Nelson, Eddie Nketiah and Emile Smith Rowe, and I’m fascinated to see what kind of impact they’re going to make this season. Everyone loves signings, of course, but as transfer fees continue to skyrocket, clubs will have to find other ways to flesh out their squads and real focus on the development of young talent is crucial, in my opinion. We seem to have a good crop coming through, so fingers crossed some of them can make the grade.

This is a new era at Arsenal on the pitch under Emery and his coaching staff. He’s got his own ideas, his own methods and demands, and he’ll want to get his players to understand them as quickly as possible. But, and it’s a big but and I cannot lie, he can’t do it in four weeks of pre-season. It is going to take time, there are going to be ups and downs, and we need to be prepared for that.

The departure of Arsene Wenger doesn’t mean someone has come in with a magic wand and made everything perfect. If you wanted change, you’ve got change, but understand that part of that process is some instability, some inconsistency and some serious learning on the part of the players and new boss over the course of this season.

I’m ok with that, it’s part and parcel of football, and I’m more excited and enthused about a new season than I have been in some time. Yet patience and understanding will be important virtues as Emery tweaks and tinkers and, hopefully, fully imprints his style on this team. The start is tough but there are 38 games between now and next May, and if he can get it more or less right, I think a top four finish is possible and that would be both progress and a solid foundation to build on.

I’m up for it, and I’m sure you all are too. I hope you’ll be with us for the ride, because it should be fun!

Right, as it is a new season, how about two podcasts to get you through the weekend until we play on Sunday? Ok then!

I chat about Arsenal, Emery, Mourinho’s meltdown, and the Premier League in general with Ken Early. Listen and download here.

So, happy listening to all that, have a great Friday and there’ll be all the usual stuff over the weekend too. Have a good one.