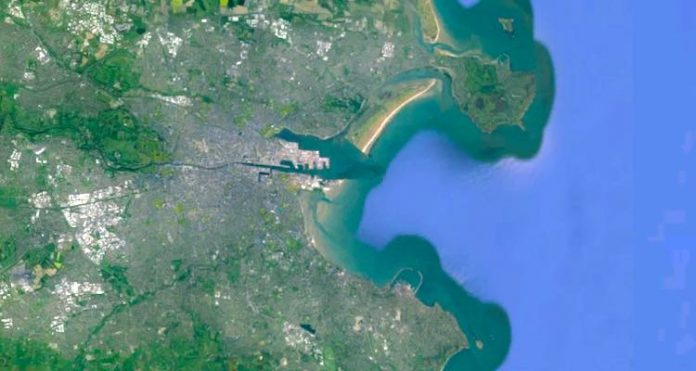 Arsenal arrive in Dublin today for the pre-season friendly against Chelsea this evening. In truth, the only reason I’m going is so I can experience the pleasure of watching the team, having a few beers, and then grabbing a cab home instead of a flight. The simple things, you know.

I guess we’ll be seeing more or less the same kind of team that we did in the Singapore games. Although Granit Xhaka, Stephan Lichtsteiner, Nacho Monreal and Lucas Torreira all returned to training this week, it’s surely too soon for them to be involved. They’re a few weeks behind the others in terms of their physical preparation, and in reality they’re unlikely to feature until the season begins – and maybe not until we’re a couple of games into it.

I wonder, with the new season and the first game just over a week away, if Unai Emery might be a little less inclined to play with the formation as he did in the games against PSG and Atletico Madrid. He switched to a back three in both those matches, and while that might be part of his tactical thinking or simply a way of getting the players he had on the pitch, playing Chelsea tonight and then Lazio on Saturday is the final chance to see his team in action ahead of Man City next Sunday.

That might make him more inclined to stick with whatever idea he has for that game, or for his favoured formation overall which looks like a 4-2-3-1, but as he said last week about the PSG tactics:

So, it’ll be interesting to see how that goes, and I’ll report back here in tomorrow’s blog on that and any with other observations from the game. I know some people were hoping to find out where the team were staying etc, but apparently they’re day-tripping, coming in today, flying out tonight, so there’s nothing more happening beyond the game itself when it comes to the players.

I believe the Dublin Supporter’s Club have some stuff going on and some drinks promotions in a city centre bar called The Grand Social, so if you’re at a loose end there are bound to be some Arsenal fans in there throughout the day.

Other than that it’s pretty quiet, there’s a kind of calm before the new-season storm, although Jeremy Wilson on the Telegraph has an exclusive on the Ivan Gazidis situation. Their paywall means I can only read the first couple of paragraphs, and with all due respect to Jeremy, I’m not giving money to them. Nevertheless, he says (from what I can read):

Gazidis has formally informed the Arsenal board of an offer from the seven-times European Champions and, although a definite decision has not yet been made or confirmed, the departure of the club’s most influential executive has become a very real possibility.

Interestingly, I was told last week that the board asked him about it and he denied it completely, so there you go. Things are changing, and que sera, sera. Corporate Lizards gonna Corporate Lizard. And if he stays, he’ll probably bag himself a nice raise because he’s finally proven we can compete with the likes of Bayern Munich. Oh.

Meanwhile, there’s a brand new contract for this summer’s pre-season eye-catcher, Emile Smith Rowe. He just signed professional terms a year ago when he turned 17, but such is his potential, the club have tied him down to a new long-term deal. Having already spoken about his desire to make his way into the first team via the Europa League etc, it was interesting to hear him say that a loan move wasn’t on his radar:

Going on loan isn’t really an option. My goal has always been to get into the first team as early as I can. I’ve always wanted to play for Arsenal. I remember watching players like Fabregas and Van Persie at The Emirates when I was in the academy. They were my idols.

Which is lovely and you cannot fault his ambition, but it’s not really up to him as to whether he goes on loan or not. Now, it may well be a case that in discussions with the new boss, he’s been told they want him to stay and be available for the European games and the Carabao Cup, but there may come a point when going somewhere for half a season to play regularly would be the best thing for him and for us.

Anyway, congratulations to him on the new contract, he looks a very exciting talent and it’d be great to see him continue his progress this season. Let’s remember though, he is just 18, and shining in pre-season is not even close to being a measure of readiness for the Premier League.

It’s why I’m cautious of getting on board the Matteo Guendouzi hype train, because as impressive as he was in the game against PSG, it’s just a friendly and we really need a bigger sample size to properly judge his performances and potential. I’ll keep a close eye on him in Dublin tonight though, don’t worry.

See some of you for a beer later ahead of the game, more from me tomorrow.