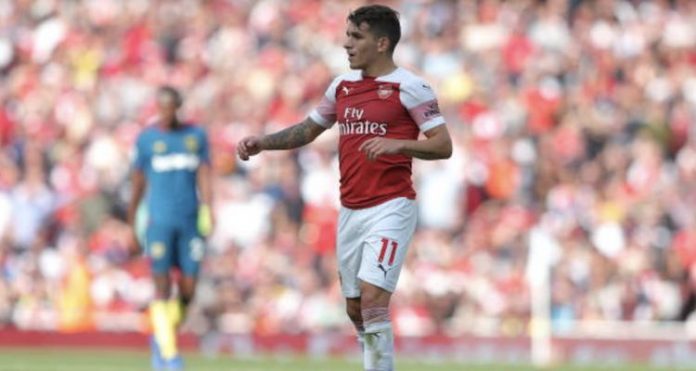 Transfer Deadline Day. But not for us. Just for everyone else. Except Italy I think. They might have closed theirs already. But Germany is today, Spain is today, and Turkey is today. If anyone can pull a transfer rabbit out of a hat, it’s Turkey. They love buying footballers so much they’re linked with every footballer alive (or dead), and barely 0.0000000000000000001% of the deals ever go through but it doesn’t matter because somewhere in the mind of a small child it has happened, and that in itself makes it a kind of reality.

Can we expect anything beyond Reiss Nelson going to Hoffenheim? I really have no idea. It feels hugely unlikely that any of the senior squad will depart, so maybe a short-term loan or two for some youngsters to the Championship or below, but that’d be about it. Even the Nelson move is complicated by the fact we appear to be waiting for him to sign his new contract before green-lighting it.

I hope he does sign, perhaps being allowed to leave on loan for regular first team football is a condition of the new deal, but what if he doesn’t put pen to paper? Where does that leave the move, and where does that leave his future with us? I guess we’ll get more clarity on that as the day progresses.

We should also hear more from Unai Emery as he meets the press ahead of the Cardiff game, looking for another win as we go into that annoying early season Interlull. It had completely passed me by that Neil Warnock was their manager, so we can expect a physical game on Sunday, and I do wonder if his team selection will reflect that.

It’s a game in which we can expect to have plenty of the ball and one, you’d hope, in which we’re not exposed as much as we were at the back in our opening three games. If there’s a lesson we need to learn quickly as a team it’s how to stop leaving those wide open spaces that even the so-called lesser clubs in the Premier League can exploit. Not because they have massive amounts of quality, but because it’s so easy any barely competent XI could do it.

We did look a bit better against West Ham when Lucas Torreira came on in midfield, and although I’m not suggesting he alone what will make this team defensively secure, I think he can play a key part in it. I understand to an extent why he’s been left on the bench early on. He came back late from the World Cup, didn’t get a proper pre-season, and it’s probably sensible to ease a player into action in those circumstances. We’ve seen it countless times before, and there is an inherent risk when you don’t give a player enough rest after a summer tournament – perhaps something Kevin de Bruyne might agree with.

Every player is different of course, but Emery’s decisions will, I’m sure, have been made with all the information from the medical team about his fitness and readiness, and I hope that for this weekend the Uruguayan is deemed fit enough to start should he be given the nod. The high pressing game the new boss wants us to play is a big reason why we see these gaps for the opposition to fill, and it’s going to take some time for them to work together in a properly coordinated manner.

In the meantime, as we come to terms with that, having a player who has a nose for danger, who can see where the spaces are and move to cover will be an important part of it, and based on what little we’ve seen of him so far, he looks the most natural fit for that role.

I can’t imagine Emery will get through his press conference without a question or two about Mesut Ozil who is well again, back in training, and in contention to return to the squad. Whether he starts him or not will be interesting. It’s a game away from home in which we’re likely to dominate possession against relatively inferior opposition so on paper it’s one that would suit him down to the ground, but how far down the road to recovery/redemption [delete where you feel appropriate] he is we’ll just have to wait and see when the team is announced.

The German is the subject of a wide-ranging discussion on today’s Arsecast [listen below], as we delve into his Arsenal career since joining in 2013, as well as his recent issues. Tim also touches on this in his latest column which you can check out here.

Beyond that not a huge amount going on, but the draw for the Carabao Cup was made last night and we have a home game against Brentford to look forward to. They have former Gunner Nico Yennaris in their ranks, and they recently brought in Josh Dasilva who turned down a new contract with us during the summer. That game takes place September 25th or 26th.

Today we’ll discover our Europa League opponents when the draw takes place this afternoon. I’m gonna make a guess here and say we’ll draw Celtic, Malmo and Akhisar Belediyespor. I base this on gut feeling and a very quick glance at the groups and the fact I closed my eyes and pointed at the screen and those were the teams I picked.

We’ll have all the news from the draw and everything else over on Arseblog News throughout the day. I’ll leave you with the podcast, till tomorrow.