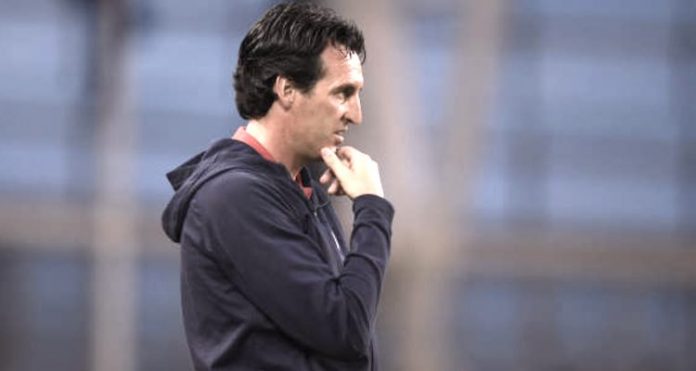 Hello everyone, welcome to Friday. Kanu says that if Arsenal win the league this season, it will be a miracle. Speaking to the BBC he said:

If it happens and they win the league, it’s a miracle. It takes time for the newcomers, the new signings, to adapt. We have to allow time for him [Unai Emery] to bring his own style and the way he wants to play.

At the Q&A I did in Dublin on Wednesday with Sol Campbell, I asked him if top four would be a successful season for Arsenal, and he agreed it would be. A first campaign which gets us back into the Champions League, increases the revenue, and allows us to attract better players would – for me anyway – be a solid return from the first campaign, even if I’m well aware there are those who will point out the irony of Arsenal fans being happy with top four after so many years of frustration with it.

Just a quick point on that: when Arsene Wenger left us, it was two successive seasons outside the Champions League places, and frustration with finishing 4th or 3rd or even 2nd was in many ways down to a feeling that we’d underachieved – particularly the year Leicester won the league – or because it felt like we weren’t showing enough ambition to really challenge for the title.

The bar is lower now, that’s the reality of our situation, and as such what satisfies you is different. I really believe that with the squad he’s got, with the job he has to do to rebuild a team that – despite new arrivals – is still one with Wengerism running through it like a stick of rock, and with the competitiveness of the Premier League, Emery getting us back into the top four would go down as a successful season. I’m not saying top four is trophy (ARGH), far from it, but it would certainly be a step in the right direction.

I do wonder if, amid all the rightful enthusiasm and optimism people have now that Emery has been brought in, new players have arrived, new structures have been put in place, and the fact we appear to have modernised the club significantly in the last 12 months, we are underestimating the amount of work the new head coach has to do.

My feeling, having watched us the other night against Chelsea, is that he’s got a bigger job on his hands than I had previously considered, and that he’s going to need patience and time to get it right. I think there’s a lot of talent and quality up front, with Aubameyang, Ozil, Mkhitaryan, Lacazette, and so on, but right the way behind that he has big decisions to make which, as of now, remain unclear.

How is he going to set up his midfield, and which players is he going to use when the games become important? It’s a key area of the pitch, so often our downfall in recent years, and one he’s got to get right to get his team playing the kind of football he wants.

The centre of our defence is a worry to me right now, and while it seems as if Mustafi and Sokratis are probably his first choice right now, how flexible will he be if they don’t perform? Do they get the benefit of the doubt because of their relative experience, or will he be open to giving our young defenders a chance?

Can he and his coaches work with Hector Bellerin to help him rediscover his form? Will a 34 year old Stephan Lichtsteiner be capable of dealing with the relentless pace of the Premier League after seven years in a less physically intense league? There’s a decision to make at left-back too, a position which looks to me like it should be Nacho Monreal’s as Sead Kolasinac still has some way to go to convince fully, but the Spanish international is heading towards 33 and probably can’t play every game.

Then there’s the goalkeeper issue. Is it £22.5m Bernd Leno or the experience of Petr Cech? Perhaps Emery has made his mind up about this already, but we remain somewhat in the dark and will probably remain there until we see the team for the opening game of the season against Man City.

Personnel aside, there are elements of our game, tactical, organisational, structural, that he will have to mould into his own image because for lots of these players they’re ingrained with the Wenger way of doing things. Understandably so, of course, because they worked with him for so many years, so it’ll take some time to make his methods second nature.

He’s come in to take over a team which finished 6th last season in miserable fashion, with dreadful away form, a whopping 33 points behind the champions and 13 points off the top four. That, whichever way you want to look at it, is a big gap to make up. And if all this sounds negative, it’s not meant to, it’s simply to illustrate the fact that this is a huge job for Unai Emery and he needs to be given time to get things right.

As it stands he’s had a few scant weeks with his squad, without some important members who have been away on their summer break, and a decent portion of those few weeks has been spent travelling as part of our pre-season commitment to marketing and brand awareness. I know there were training sessions and the players have been worked hard with hard work and more hard work, but as much as Arsenal winning the title this season would be a miracle, it would also be one if Emery were to sort out all our problems before the start of the new campaign.

Wenger’s departure, regardless of how well you feel it was handled, was a seismic event for Arsenal. We’ve seen new managers like Pep Guardiola and Jurgen Klopp come in at City and Liverpool, and need time to properly assess the state of the squads they inherited then begin to imprint their own style and methods, and I think it’s going to be exactly the same for Emery.

Like almost everyone I’m excited and enthused about a new era and what we might see in the coming years, and there are things we’ve seen already that are really positive, but I think we have to be realistic about what we can achieve in this first season, and how much time it’ll take for Emery to really get on top of the job he has to do. I know in this world of constant craving for instant satisfaction patience isn’t so much seen as a virtue as more of an inconvenience, but in this case I think we’d be well served to step back a bit and give the new man plenty of it.

Right, that’s your lot for today. There is a brand new Arsecast for you to listen to, chatting Dublin, some snippets of info there, plus an interview about the 90-91 season and a chance for you to win a book about that title winning campaign. Check it out below.