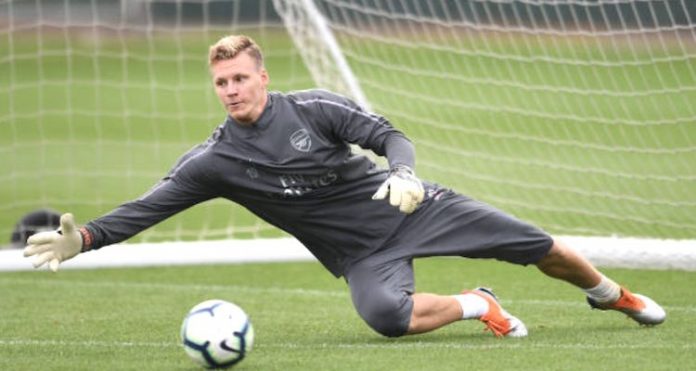 Tonight the final qualifying games for the Europa League take place, and tomorrow there’ll be one of those interminable UEFA draws with that insufferable baldy prick waffling on about football’s values and all that nonsense, but at the end of it we’ll find out who we’re going to play as our European campaign starts.

One of the questions we had on the Arsecast Extra this week was about how Unai Emery would approach these games – particularly in the group stages. As he’s trying to implement his new style, might it be a case that he uses these fixtures to get his ‘first team’ more attuned to what he wants, or will it be like last season under Arsene Wenger when he played youngsters and players on the fringes of the first team?

I suspect it’ll be the latter, because he needs to use his squad over the course of a long season, and he also needs to make sure that as and when he needs to make changes for the Premier League he’s got players who understand what he wants from them, and who are ready to play. He’s got to keep them involved, to give them playing time to keep them happy – because every player wants to play – and to attempt to create an environment whereby performances are taken into account when he’s picking his team.

So, if you play well in the Europa League and your weekend counterpart isn’t really doing the business, it gives the manager something to think about. Right now, if he were to pick a team for a European game, it might look something like:

I include Ozil because that’s a difficult position to fill outside of him and Ramsey right now, and there’s obviously a bit of an issue at left-back. He could play Monreal, but as he’s the only senior player in that position, it’d be a bit of a risk. Whether we’ve got someone coming through the ranks to make the step up I’m not quite sure.

People would watch our central defensive pairing closely as worries about the more senior partnership abound. Of course it’s just been three games for Mustafi and Sokratis and there’s obviously scope for improvement, but if either of the younger guys starts to push them hard for a place in the side then I’m all for it.

Guendouzi and Maitland-Niles, when fit again, provide the youthful interest in midfield, while further forward it’s all on Eddie Nketiah and what he can produce given that Reiss Nelson, who would certainly have featured, looks set to join Hoffenheim on loan – as discussed yesterday. Even he’ll probably be behind Lacazette as long as the Frenchman remains on the bench for the Premier League games, but he is pushing for inclusion so that might not be an issue when our first Europa League game comes around.

Then, there’s the goalkeeper, Bernd Leno. I do wonder how he’s feeling having been one of the club’s biggest signings this summer. At £22.5m he was, for a brief period, one of the most expensive keepers of all time until Liverpool and Chelsea spent absolute fortunes on Alisson and Arrizabalaga, and he must have come to the club thinking he was likely to start as first choice.

Few clubs spend that amount of money on a player to warm the bench, and given Petr Cech’s indifferent campaign last time around, his expectation was probably widely shared among the Arsenal fanbase. However, in assessing his goalkeepers during pre-season, Emery plumped for Cech – in spite of the fact that his passing out from the back style is better suited to Leno.

In fairness to Cech, he wasn’t the only one who looked uncomfortable with it against Man City, a team who are experts in the high press, but in the two games since his distribution hasn’t really been an issue or caused us any problems. Even so, it suggests that when it comes to all the other parts of the goalkeeping job, Emery sees Cech as superior at this moment in time. Whether it’s a worry or not we can’t say right now.

Personally, I think it’s a little odd that a 26 year old goalkeeper with 300+ games under his belt and international caps for Germany might need to be – as some suggested – eased into action to spare him lest his confidence be sapped by two difficult opening games. If Emery is prepared to throw in a 19 year old midfielder with barely any top flight experience, it shows he’s willing to pick the players he thinks are best suited for the job he wants them to do, regardless of experience.

The German seems sanguine enough at the moment, ready to bide his time:

I am convinced that my change was the right decision. I’m not crazy. It may take a few weeks or months, but my time here will come.

His time will surely come in the Europa League when fixtures there begin next month, and this will be his chance to show what he can do – albeit against relatively inferior opposition. Which isn’t to say he can’t impress. David Ospina had that chance last season and didn’t do much to change his reputation, but the former Bayer Leverkeusen man will hopefully perform to a standard that sees him put pressure on Cech when it comes to the Premier League.

Anyway, we’ll find out more tomorrow about our European campaign. For today, if you fancy winning a pair of VIP tickets to Arsenal Legends v Real Madrid Legends, check out the competition here.

That’s it from me, back tomorrow with an Arsecast and much more.