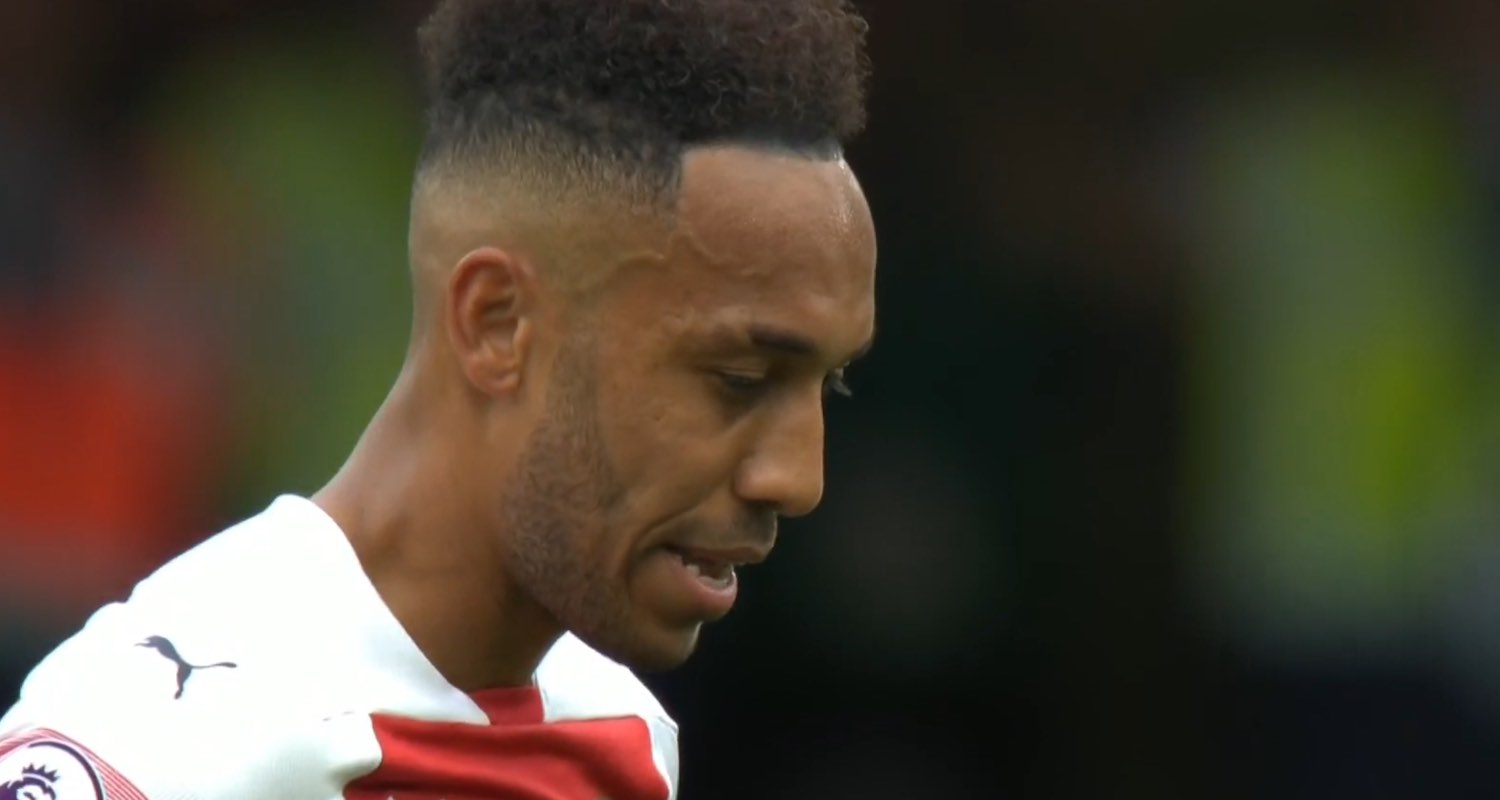 Looking at the fixture list when it came out, I’d have been happy with a couple of draws from our first two games, but wasn’t particularly confident we’d manage that – so sitting here this morning with no points isn’t a huge surprise. The defeat to Man City was a game we never looked like getting anything out of, whereas yesterday I really think we should have taken something. If not a win, then at least a point, but a strange second half saw us ultimately pay the price for not being adventurous enough in how we played.

We started badly, conceding early to Pedro. Hector Bellerin had been pulled inside, Mkhitaryan switched off for long enough to allow Alonso to charge past him and into the space, and his cross found the Spanish international with our central defenders nowhere near him. Simple stuff, concentration, bad positioning and awareness, and they were ahead.

The goal came just a minute after we’d fashioned a very good chance at the other end which Mesut Ozil did well to get on the end of but his finish was not at the level you’d expect for a player of his quality. Which is exactly what you’d say about Pierre-Emerick Aubameyang’s miss in the 19th minute. Bellerin did really well to take his time and put the ball on a plate for him from 10 yards, but somehow he managed to blast it over the bar instead of into the back of the net.

That dreadful miss was compounded by the fact Chelsea doubled their lead within 60 seconds. A long ball over the top caught out our defence, Morata turned Mustafi inside out and rolled the ball beyond Cech to make it 2-0. If you look at it closely, it’s why I have grave doubts any coach in the world can put together a solid defence with the German in it. He can see where Sokratis is, he knows he’s on the halfway line, so why doesn’t he just drop off a few yards so he can cut out the danger? If he can’t read that kind of situation at this stage of his career, there’s no hope for him.

So, it should have been 1-1 and instead it was 2-0. It’s so frustrating, and it was made even more so when Henrikk Mkhitaryan, who stank the place out for the first 37 minutes, also missed an absolute sitter when we again pulled the Chelsea defence apart, Iwobi pulling the ball back to the Armenian just 7 or 8 yards out and he skied his shot over the bar. Brutal and just not good enough for players at this level.

Then, as I was dreaming about which woods I would drive him to, tie him to a tree and then drive off, he spanked in a cracking left-footed shot to make it 2-1. Monreal and Iwobi had done well down the left, the ball rebounded to Mkhitaryan outside the box and he really caught it well, cutting the lead to a single goal. He was then created the second, fizzing a low cross towards the penalty spot and the movement of Iwobi saw him get there and thump the ball into the net.

The Nigerian had a chance to make it 3-2, in fairness a more difficult one than his goal (as explained by Scott in our By The Numbers piece on Arseblog News), but for all that was wrong with our performance defensively, we ended the first half with an xG of 1.97, compared to our second half which was 0.05. Which tells that Emery’s substitutions didn’t work and our game-plan in the in the second period was wrong.

At the time, I had no issue with the removal of Granit Xhaka who had been a bit careless at times in possession, and had picked up a yellow card for a classic piece of Xhaka-ry – a clumsy, deliberate foul in midfield after he’d been found wanting. And yet, I don’t know that we were any better with Lucas Torreira on the pitch, which isn’t a criticism of him, just that having worked our way back to 2-2 and with some momentum on our side, we became unambitious and ultimately paid the price.

We ceded possession to Chelsea, they had 15 shots in the second half, and in the end our own carelessness cost us. Substitute Alexandre Lacazette gave the ball away really cheaply, his attempts to stop Hazard were playground at best, and his quality is such that you can’t be half-arsed when facing him. Alonso wasn’t tracked properly, the shot at the near post left Cech with no chance, and that was that. I don’t mean to say we deserved it, but when you sit that deep against a side like Chelsea at home, you’re asking for trouble and we got it.

We had big players who didn’t show up, Ozil completed just 15 passes all afternoon, and Aubameyang’s day in front of goal was one he’d definitely want to forget. There are clearly significant issues at the back, not least in the centre where at least Sokratis was self-aware enough afterwards to say “We didn’t very well … we made it too easy for them.”

I thought he was the better of the two centre-halves but I genuinely don’t know how you can hope to build a solid defence around Mustafi. He’s a panic machine who neve rseems to learn – but of course we also have to look at the chances we missed in the first half, and the fact that despite some issues with how we were playing we were creating opportunities. That’s a positive, of course, but put into sharp focus by how toothless we were in the second half.

Emery declared himself ‘happy outside the result‘, which some might worry about but right now I think we have to take some caution with what he says, because I’m not sure he can yet properly express himself in English, so certain things he says might come across as a bit odd. I guess he wants to accentuate the positives, which is understandable, but he can’t be blind to the fact that he’s got a lot of work to do. I think we’re all aware of that, and one more game after last week doesn’t negate the need for him to be given time and patience, but we can still analyse what went wrong and where.

If we are looking for silver linings this morning, the chances we made in the first half were a sign of a team that is being drilled in that part of the game. The repeated cut backs to that area suggest it’s something we’re working on and with better finishing we’d have been ahead at the break. The performance of Matteo Guendouzi was really impressive too, the youngster showed a fantastic range of passing, and when you consider he completed 94% of his passes against a team that put us under real pressure, he deserves plenty of plaudits for how well he played.

As for Emery, I like the fact nobody’s sacred, that he’ll make changes that might not have been made previously – or at least at different times, but if the first two games were a kind of ‘gimme’ that nobody really expected a huge amount from, the need for a win in our next fixture, at home to West Ham, is absolutely vital. I think most people can compartmentalise the games against City and Chelsea as an unfortunate quirk of the fixture list, but he has to take what he’s learned from both those matches and ensure that next Saturday afternoon we’re walking off the Emirates pitch with our first three points of the season under our belts.

We’ll have more discussion of the game and everything else on the Arsecast Extra tomorrow, in the meantime have a good Sunday.