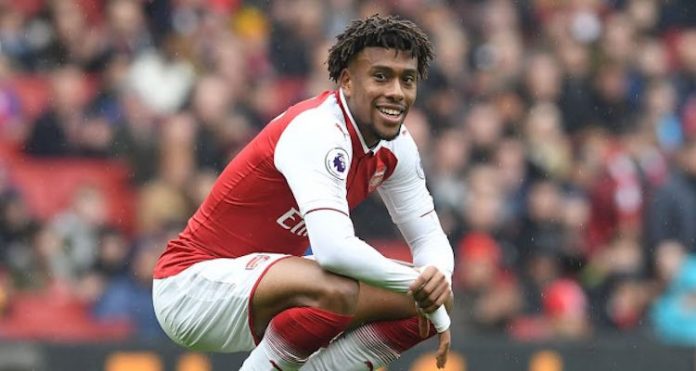 Morning all, a quick Saturday round-up for you from a normal Ireland. Last night the skies broke, the rains fell, and this morning it’s grey, windy and relatively cool. People have taken to wearing long pants again, and the refrain of ‘Jaysus, fierce hot again’ is nowhere to be heard.

Arsenal play PSG today in Singapore in the final game of the tour, and you suspect it’ll be something similar to what we saw against Atletico Madrid during the week. A mix of senior and young players, with a host of changes midway through the game. On Thursday, the substitutions sent on a lot of the young players, so it remains to be seen whether he’s going to start with them this time and do it in reverse against his old club.

It remains a way for the new boss to get to know his players, and he says he’s giving everyone a chance:

All players are important, young players have the opportunity to work with us and to show their quality. The new players are happy at this moment while they’re working. Every player for me is the same, and then I will find the best performers, the best chance to work with confidence. I’m not looking at just one player, I’m looking at every player.

As for today’s game:

It’s about continuing our preparations. It’s another match but we don’t want to change our focus. Our focus is to get every player up to speed and work on tactical things.

The emphasis the pre-season coverage delivered to us so far has been on hard work, understandably so because not even the biggest grump in the world can complain about players working hard. What’s been interesting is that some of the players have spoken specifically about the tactical element in Emery’s preparations. Ramsey earlier in the week, then Mustafi and Lacazette. The reality is anyone can work hard if they’re prepared to do that, but this season won’t be won on how much physical preparation we’ve put in, even if that is obviously a factor.

It’s about how the team plays with and without the ball, the latter in particular is an area that I think can be improved quite considerably, and we saw some evidence of how they’re being instructed during the Atletico Madrid game. Hopefully that will continue again today, and we’ll have some thoughts and reports over on Arseblog News later on.

In other news, Emery more or less confirmed that Alex Iwobi would be signing a new deal:

I have the information, he is near…my information is he will sign to stay with us.

I think this is sensible. He’s a player who, on his day, has qualities that are very handy, and that we don’t have enough of in the squad as it stands. Which isn’t to overlook the fact that in terms of his development he’s hit something of a plateau, but remember how exciting he was when he broke through and what a breath of fresh air he was in a team that had become so staid.

He’s an Arsenal lad, only 22 still, an academy graduate, and I think we need to give him the opportunity to work with a new boss in a new coaching system and see if that spark can be rekindled. I don’t think anyone would say he was brilliant last season but he ended up with 3 goals and 7 assists, so there’s definitely something there. If Emery can get more out of him, then I think we’ve got a very useful player on our hands, and if not we’ve protected his value if and when we decide to sell him.

This isn’t about rewarding him per se, or suggesting that new contracts are handed out to anyone regardless of how well they play. It’s a calculated decision based on what the club believe his footballing potential to be, and if it’s not realised then we’ll get more for him than we would have if he had less time to go on his current deal. I don’t really see the problem at all.

Meanwhile, Joel Campbell has spoken about his future as he prepares to return to North London, and he’s not keen on another loan deal:

I have one more year of my contract left with Arsenal. This weekend I travel and they will decide what is next. A loan deal will be impossible, I have only one year of my contract left so they won’t loan me. I now have to see if I stay or if I’m sold. I do not know, I have to sit down with them and see what happens. At the moment I do not know anything, I have to get there and talk to them.

It’s now seven years since we signed him, and he’s no closer to being a regular first team player for us. He had some nice moments in an Arsenal shirt, some decent performances and he always tried hard, but the fact he was farmed out on loan constantly tells you a lot about how he was viewed by Arsene Wenger.

I can’t imagine Unai Emery will see something in him that the previous boss didn’t, and at this point, for his sake and ours, facilitating a permanent move somewhere would be the best thing for all concerned.

Right, that’s it for now. The game kicks off around 12.35 UK time, so enjoy that if you’re watching it. More tomorrow.