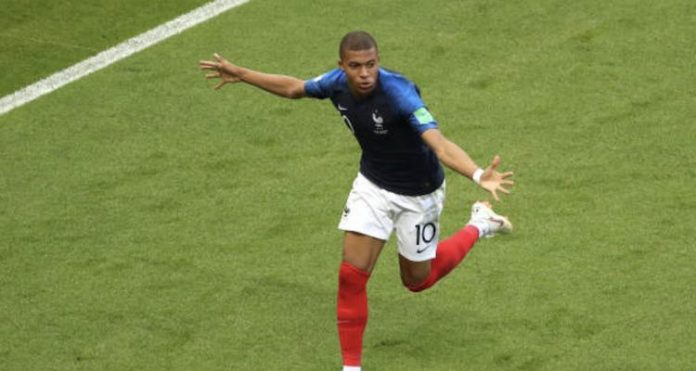 Major development here this morning, the puppy had a lie in! This changes everything. Or, in essence, the time I’m woken up. She’s now lying at my feet chewing on a piece of wood, but precious sleep is a wonderful thing.

A quick World Cup round-up for you, and yesterday I spoke about France and how there’d been something missing from them during this tournament. Yesterday, they found it, and it came in the shape of Kylian Mbappe, who mbattered and mbrutalised Argentina throughout.

A searing run saw him win a penalty early on, and watching him in full flight it’s impossible not to be reminded of Thierry Henry in his pomp. Argentina, despite being pretty much atrocious, actually went ahead. Angel di Maria’s goal was wonderful and completely at odds with the rest of his performance where he looked like someone had triedto create a potion which makes someone play like Gervinho and instead came up with a potion that makes someone play like a half dozen Gervinhos rolled into one man. The goal was 9/10, the rest of what he did was something like minus infinity + 1.

France’s second goal, from defender Benjamin Pavard, may well be my favourite of the World Cup so far. The technique, the spin on the ball, the curl, was absolutely superb. This angle really shows how good it was. He’s a player we’ve been tenuously linked with over the last few weeks, and on the basis of that goal alone I’m now going to get really upset when we don’t sign him.

Then Mbappe went to work, scoring one which saw the keeper criticised a bit for not making a save – and maybe he should have gone with his feet – but if it’s hit that low and hard that close to you, it’s tough. Then the second from a beautifully weighted Olivier Giroud assist, and the finish was clinical (again reminiscent of Thierry Henry).

What a talent he is and you can see why Arsene Wenger went around his gaff to try and convince him to sign for us. The sad thing is that a few years previously I’m pretty sure he’d have been able to make it happen, but hey-ho.

Argentina brought on Sergio Aguero, and despite needing two goals left Higauin and Dybala on the bench to bring on another ineffective midfielder. The Man City man got one back in injury time, and there might just have been enough time for another but Otamendi’s gotta Otamendi.

Otamendi is a fucking moron. Just scored. Slim chance of getting another and he boots the ball at a player on the ground to spark a melee and eat up the time.

Anyway, a very fun game to watch, and then later we got to see Lucas Torreira start for Uruguay as they beat Portugal 2-1 thanks to two goals from Edinson Cavani. Pepe scored for Portugal, so that’s pretty high on my ‘Things I never like to see’ list, along with John Terry being happy for any reason whatsoever, and a werewolf coming up a London Underground escalator after me.

Torreira was impressive, covering lots of ground like a terrier, and his defensive instincts were there to see, blocking 4 shots, making 4 clearances, and 2 interceptions. I hope the deal is as done as done can be, because that showing might well attract other suitors. It might be a case we have to wait until they’re out of the tournament, or maybe it’ll be a July thing, but it was interesting to watch him and to see qualities in a player that we’ve long required in our midfield.

It would be remiss of me not to mention Luis Suarez going down clutching his head after a blow in the back. For no other reason than we should never forget what a shameless spoofer he is in spite of being a fantastic player. Anyway, they go through, and that means the two main men are out.

Lionel Messi, and Ronaldo and his neck are gone home. What was with his facial hair by the way? He looked like a crap Mr Tumnus. But with Mbappe showing us again how much potential he has, maybe we’ll look back on this World Cup as the one where the baton was passed on.

Today, it’s Spain versus Russia, and then Croatia against Denmark. It’s hard to look beyond a Spain/Croatia double for me.

It’s also hard to look beyond the fact that this puppy needs to get out the house and exercised to the point of exhaustion, so I’ll leave it there for today. Back tomorrow, James and I will have an Arsecast Extra too, and enjoy your Sunday.