Going back some years now, before I began to write for this website even, I have always produced an ‘It’s Going to be a Big Season for…’ article, focusing on 3 or 4 players for whom the upcoming campaign represents something of a watershed. That fine tradition shall continue this summer, but given the context- a new era with a new coach- there are more players than ever looking at reputation defining seasons, so this will be a two parter.

I have already written in depth about Mesut Özil and Granit Xhaka this summer, so I will spare them from this mini-series for the sake of avoiding duplication. Part 2, featuring another 3 Arsenal players, will be published next week.

HECTOR BELLERIN
After two and a half seasons as a first team regular, last season Bellerin began to draw sustained supporter criticism for the first time since breaking into the side as a teenager. Leaving the spectacularly odd obsession with his hair and his clothes to one side, Hector was essentially given the job of two players with few reliable options on the right hand side of midfield.

Bellerin was expected to simultaneously be a full-back and a winger, with nobody to combine with. With no reliable back-up at right-back, he was also asked to do this with little respite. It was a mammoth task and the result was a drop off in performance. In your writer’s opinion, he dropped off from ‘excellent’ to ‘fine’. But I am not convinced that’s the prevailing opinion.

His crossing has come in for particular criticism. Personally, I think this ascribes to an old fashioned understanding of the full-back role. Hitting crosses is seen as an inefficient tactic in modern coaching- Wenger wanted his full-backs to work their way to the by-line, something Sead Kolasinac managed to good effect earlier in the last campaign.

When Olivier Giroud was phased out of the starting line-up in favour of Alexandre Lacazette, the inefficiency of launching balls into the box became even starker. With no notable right-winger to combine with, Bellerin struggled to get to that corridor of opportunity at the by-line, instead checking back inside to Mesut Özil.

It remains to be seen how Unai Emery will sets up the right hand side of his team (or indeed, any other area of his team), but it will go a long way to determining how effective Bellerin will be this season. With a full pre-season behind him and a new coach, he ought to benefit from new ideas at this stage of his development.

Another ‘ok’ season will see the criticism increase, and the volume of angry internet commentators decrying his sartorial choices on Instagram will swell. For my money, Bellerin is an exceptional right-back that Arsenal should extract more from. He ought to aspire to break into the Spain squad as they plan ahead to Euro 2020 too.

ALEX IWOBI
Another academy product that began to feel the breath of the boo-boys on his neck, Iwobi demonstrated an inconsistency not uncommon for a player his age last season. However, it does feel as though the scales of opinion are tipping against him. With Emery’s arrival, Iwobi gets to start with a slate that, while not entirely blank, is a little cleaner.

Like a lot of the current squad, it’s difficult to decipher how good or bad a player Iwobi actually is. He came into the team during the managed decline of Wenger’s latter years and it’s hard to tell whether he is a naturally inconsistent player, or whether he is a young player suffering for confidence and support in a team possessing all of the structure of a muddy puddle.

His past transgressions will be held up as a symptom of Wenger’s failures if he can enjoy a better season under Unai Emery. But first I feel he has to find a position and make it his own. On the wide left of a front three, with Sanchez and Walcott to the right of him, the Nigerian was a complementary ball carrying option alongside two players that relied heavily on end product.

Maybe Iwobi could re-create a similar symbiosis if he were the water carrier for a front 3 featuring Lacazette and Aubameyang, but Özil and Mkhitaryan sit ahead of him in that particular queue. Last season, Iwobi’s role lacked definition in a team defined by its lack of definition and he struggled as a result.

If he can fine tune his off ball concentration, I think he could have a future as a ball carrying number 8 in central midfield- he is very good at wriggling out of tight spots with the ball with his unique combination of technique and athleticism. With Cazorla and Wilshere having departed, there is potentially an opening for such a player in this team.

At the moment, he doesn’t quite have the end product to be a first choice forward and perhaps doesn’t quite have the defensive chops to be a central midfielder. He is, however, a good, energetic presser, which seems to fit Emery’s vision for a high pressing team. He is good in small spaces, but needs to improve his command of larger areas.

Rumours of a new deal suggest that Emery is prepared to give Iwobi a fair shot. It makes sense, the Nigerian will not lose much value if he hasn’t kicked on in the next 2-3 seasons and it’s probably an affordable deal, salary wise. The squad sorely lacks dribblers and he is one of the few that can claim to execute that particular attribute. But a new deal is likely a trial of sorts.

Think a new deal for Iwobi is good. He's not going to be on enormous money and if in, say, two years, it's not worked, he won't lose value. Same deal with Calum Chambers really. Some renewals are about reward / retention, some protecting value. This is the latter imo.

ROB HOLDING
Holding was elevated to cult status swiftly at the end of his first season at Arsenal. With the security of a back 3 around him, the youngster looked to be earning his stripes as a centre half for the future. The supporters tunefully declared him as “better than Canavarro.” His ‘estas loco’ gesture aimed at Diego Costa during the 2017 FA Cup Final became the meme of the season. 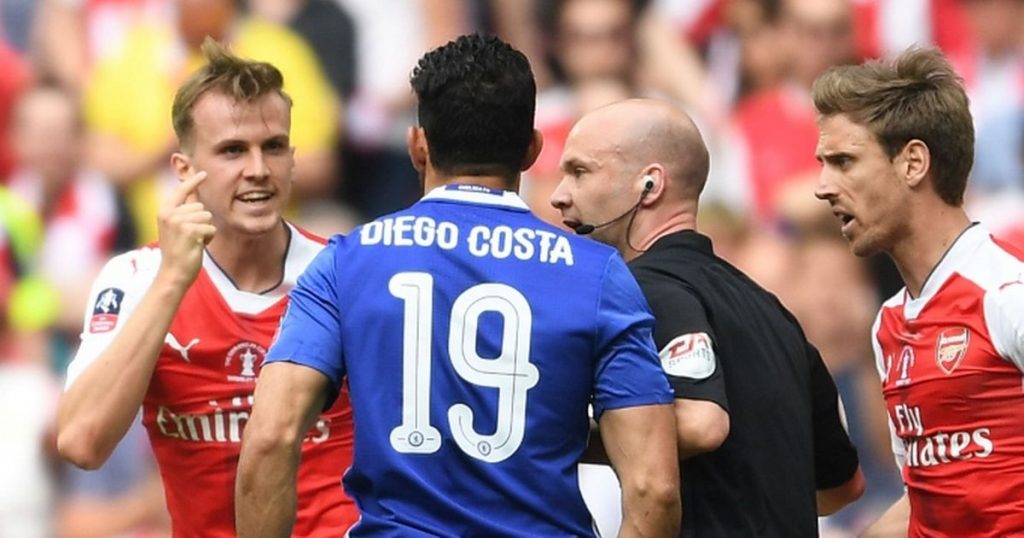 As is often the case with young centre halves, the crest of that particular wave did not carry Holding through the 2017-18 season. His appearances became more abbreviated, which always makes it difficult to build up the rhythm he built up in the spring of 2017. Arsenal’s move back to a back four would also have taken its toll on his performances.

Calum Chambers ended the season strongly and has done enough to earn a new contract under Unai Emery, while the arrival of Dino Mavropanos could be problematic for the ex-Bolton stopper. In Mavropanos, Chambers and Holding, the Gunners have three fairly youthful centre halves.

It seems unlikely that all three will survive at Arsenal. Mavropanos is new and Chambers has just signed a new contract. It seems like Holding is the third horse in this race- for the time being. Neither of his young counterparts has a squad place on lockdown, a solid campaign from Holding would do much to escalate his case.