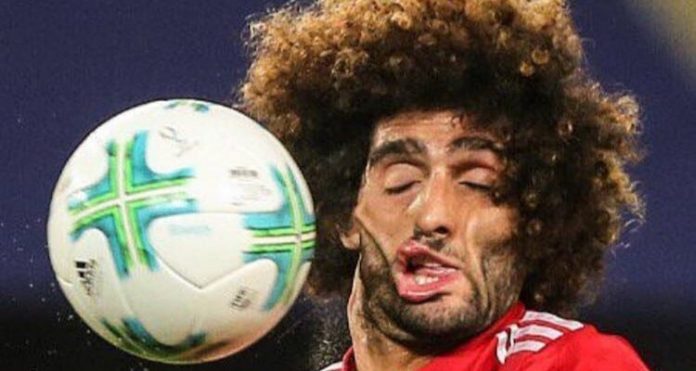 Summer is known for three things. Sunshine, barbecues, and transfers. There may be other aspects which people enjoy, but undoubtedly those are the top of my list. We don’t get that much sunshine here in Ireland, which makes the barbecue thing less frequent than I would like, but at least we’ve got transfers.

Everyone loves a transfer. You literally purchase another human being from a different club and he then comes to your club, hopefully to play football in an exciting and effective manner. It doesn’t always work out like that, the vagaries of the human condition see to that, but when it does go well it’s a great thing.

The build up to the deal is often fun as well. Speculation in the media; comments from player or agent or either club which can be taken to mean one thing or another; or that new phenomenon, the social media hints such as the player liking a post from a potential new teammate on Instagram or his sister sending a request to follow the marketing manager of the new club on LinkedIn, some shit like that.

Let me just state from the off that I know right now it’s just speculation, and speculation can often prove to be unfounded or wide of the mark, but there’s not much else going on so we might as well run with this story today. If it turns out to be complete bollocks then no harm. I’ve written some words, you’ve read some words, and Arsenal haven’t signed Fellaini (my preferred outcome).

Midfield, as we all know, is an area which requires some improvement this summer. And by improvement I mean investment in a player or players who can make us better. Better at football. Not more elbowy. I mean, there’s a time and place for that I guess, but when your two main qualities as a player are having arm joints that can connect with anyone’s face at any time, and the ability to score annoyingly late goals against Arsenal, then I’m not sure that’s really addressing the issues we have in this key area of the pitch.

He is not a player who excites me in any way. I realise that this is not a consideration for the Arsenal Football Executive Transfer Team when it comes to their decision making, nor should it be, but that doesn’t make it any less true. If you offered me the chance to sign Fellaini or spend my afternoon being kicked in the balls by a horse while having anaesthetic-free dental work carried out by a blind man with a serious hand tremor, performed to a soundtrack of Phil Collins playing loudly from a radio station not properly tuned in, I’d give the latter option some serious thought.

I’m sure he can be a useful player if you’re playing the game in a certain way, but only if you play in that way, so signing him might suggest we’re looking to change things up a bit. Maybe he’ll just be a kind of Plan B player, stick him on to lump balls to when we need to or when somebody’s teeth or nose needs to broken, but I don’t think he’s the player who will become the oil in our midfield engine to speak.

On yesterday’s Arsecast Extra (which you can can and should listen to here) we spoke about the Ivan Gazidis pudding. The proof of the pudding is in the eating, as they say, and so far I have to say with a new coach, new Head of Recruitment/Director of Football etc, and other changes, the pudding looks pretty good. Credit where it’s due, he spoke about a catalyst for change and shit has definitely changed.

However, we haven’t yet tasted the pudding. And I’m sorry to say that while certain ingredients of said pudding make some sense – like the imminent arrival of Sokratis Papastathopoulos – this woolly haired addition to the pudding would definitely not be to my taste. If this is the best that Ivan, Sven and Raul can come up with, then consider my faith in them to be well and truly shaken.

I know, it ticks some boxes. He’s free, getting on in years and, as James said on the podcast, fits into the ‘We’re signing MEN’ bracket that someone from inside Arsenal insisted was the policy this summer, but it’s pretty uninspiring and even more underwhelming. I get that we have to be a bit realistic about who we can bring in, but if we can’t do better than this then there would be a dearth of knowledge and imagination about the people making the decisions that’d be pretty worrying.

Anyway, here’s hoping it is all complete nonsense. My fear of this actually happening is gnawing at me this morning, so I’m finding it hard to dismiss it completely, but fingers crossed. Everything crossed. And someone find that gonad booting horse, I may have to take one for the team here.

We’ll have all the news throughout the day over on Arseblog News as we’re linked with transfer swoops for Mark Fish, Artur Boruc and Dion Dublin. I’ll leave you with the podcast from yesterday which you can listen to below.