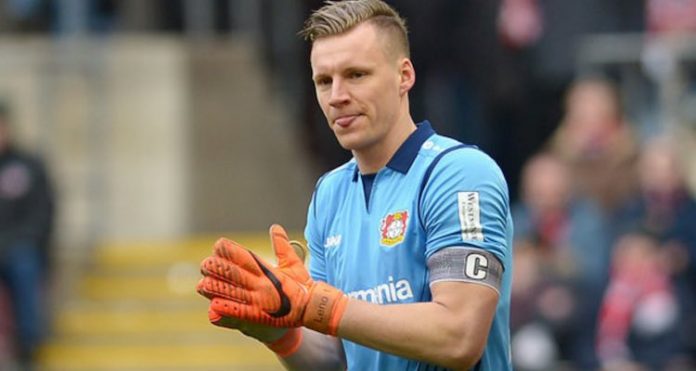 According to a report from Germany that emerged yesterday, Arsenal are set to make the signing of goalkeeper Bernd Leno official today.

A fee of around €25m will see the 26 year old join from Bayer Leverkusen having been championed by Head of Recruitment Sven Mislintat. Those who watch more Bundesliga than I do have reservations about parts of his game. He appears to be a good shot stopper with excellent reflexes – but also someone who has issues with concentration, a bit of a worry for a player who is 26 and has plenty of experience.

One would have to assume that the people pushing for this deal are well aware of his strengths and weaknesses and that there are some plans in place to address them. In the same way that we can look at Granit Xhaka and see a player who has real positives to his game, we have to acknowledge that there are things he can do better.

That didn’t stop us giving him a new long-term deal, and perhaps the reported signing of Lucas Torreira from Sampdoria is one way of offsetting some of his weaknesses. Also, a player of 25 still has room to improve and to mature as a player, so it’s not beyond the realms of possibility that we have a plan to help Leno do likewise.

Arsenal are in advanced talks to sign Germany goalkeeper Bernd Leno from Bayer Leverkusen. Not done but set to be decided today & expected 26-year-old will join #AFC – unclear which current GK would make way. Torreira pursuit ongoing – optimism but not done & #WorldCup delays it

When it comes to our current keepers, it’s a little worrying that it’s ‘unclear’ as to which one would make way. In these circumstances, there’s only one that makes real sense and that’s David Ospina. The Colombian has basically been a rotational number two since he joined in 2014, and has never convinced me that he’s good enough to be the first choice at this club.

The summer tradition which sees him linked to any number of Turkish clubs has already begun, and while both he and Petr Cech have contracts which run out in 2019, it’s the latter who would be most useful on and off the pitch. He had a poor season last time out, no doubt about it, and although he’s obviously heading towards the final stages of his career, I think he’s got more to offer than Ospina.

His experience and intelligence would be something the new man could learn a great deal from. Cech has a presence and a calmness about his game that a player who has issues with concentration could benefit a great deal from. Coupled with a new goalkeeping coach and a new head coach who will demand a lot from him, perhaps the problems Leno has can be minimised, if not eradicated completely.

There’s also the fact that a change of scenery can shake a player out of his comfort zone, and after seven years with Leverkusen, that could well play a part also. That is, of course, best case scenario, but if we can’t be optimistic about a new signing coming in to play for a new boss as we rebuild the team, what’s the point? Time will tell whether this is the best goalkeeper we could have found, and even in the current market €25m isn’t cheap, but it looks like this is the way we’re going so let’s see what he can do.

There are stories that Napoli have made enquiries about Cech, by the way, but having just handed him the number 1 shirt, I can’t see that we’d be inclined to let him go. I think that  was an early indication that the new regime had made a decision about which keeper would go and which would stay, made in the full knowledge they were going to go out and buy somebody new this summer.

Meanwhile, at youth level, an interesting development as the U21s will take part in the Checkatrade Trophy next season. It means our young players will play against seasoned professionals, away from home, in a truly competitive environment. The benefits to them are obvious, because there’s so much more you can learn playing football like this than at youth level against your peers.

Whether it devalues or adds something to the competition itself remains to be seen. You can understand some concerns, but it also adds a level of awareness and interest to the tournament that may well prove useful for the teams involved and the Checkatrade Trophy overall. It’s not something I’d ever have watched, but next season it’ll be very interesting to see how our most talented young players fare when they come up against experienced men.

Finally for today, at the World Cup Sweden beat South Korea 1-0 with a penalty that clearly illustrated the best of VAR. The referee missed an obvious foul, it was called back, he saw the video and awarded the spot kick. A wrong decision was made right, and that’s what it’s supposed to do.

Belgium beat the crap out of Panama, and last night England huffed and puffed their way to a 2-1 win over Tunisia. It wasn’t a great performance by Gareth Southgate’s side by any means but poor marking on two occasions saw the Tunisians concede, the late winner must have been gutting for them but obviously fantastic for England fans.

There was no Arsenal interest in any of the games, although today sees Ospina involved as Colombia face Japan, while Mohamed Elneny should be involved as Egypt play hosts Russia. Go Moh!

Right, that’s your lot for this morning. Don’t forget yesterday’s Arsecast Extra if you haven’t already listened, all the links you need are below. Till tomorrow.