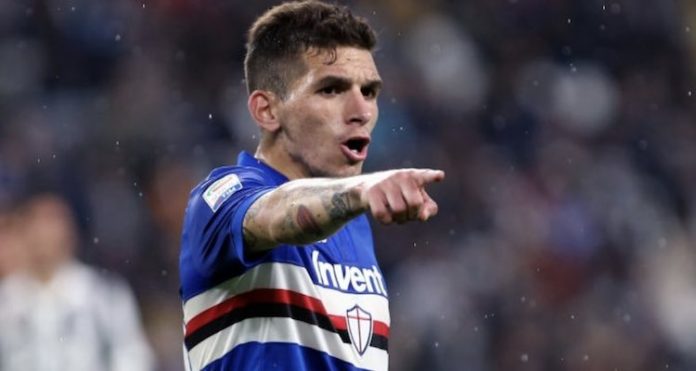 This morning I was dreaming that Cristiano Ronaldo was my best mate, but since his retirement from football he had become the world’s largest supplier of ecstasy pills which he transported around the world in a white van.

We were having dinner at his house – he was wearing a strange, pale blue blazer with nothing underneath it – and we were raided by the FBI. Ronaldo said “I can’t go out like this” and jumped out the window which, considering it was a house, should have been no problem, but all of a sudden we were in a gigantic skyscraper and he plummeted to his death.

“Oh well,” said one of the FBI guys. “You win some, you lose some,” and they left, completely ignoring the thousands of pills he had out on the table, stacked together like coins come wrapped from banks. Then I tried to shave my own head but forgot to do the back and sides and ended up looking like a shit monk.

Not a lot going on but we might as well delve into the realms of transfer speculation, and we’ve been linked with Lucas Torreira, a Uruguayan central midfielder who plays for Sampdoria. I genuinely can’t say how much interest we have in him, and the source it’s emerging from has not been the most reliable in the past, but central midfield is an area where I really think we need to move away from the kind of signings we’ve made recently.

Having brought in 34 year old Stephan Lichtsteiner this week, and 29 year olds Pierre-Emerick Aubameyang and Henrikh Mkhitaryan in January – as well as awaiting official confirmation of 30 year old Sokratis Papastathopoulos (it’s his birthday today and he will remain 30 until he turns 31) – it’s clear part of the strategy is to add experience and players who can come in and make an immediate impact.

I think most of us can see the logic in that, they’re transfers of functionality. There are gaps that need to filled while we consider longer-term options and when there’s more time for effective planning. It’s really only a few weeks since the decision to push Arsene Wenger into that announcement, and there’s pressure this summer because of the World Cup and that Truncated Transfer Window©® – so doing “easy” deals for players who are available makes some sense.

There’s got to be more to it than that, however. You don’t need to be any kind expert to go out and bring in the kind of players we have – Konstantinos Mavropanos aside who obviously speaks to the type of recruitment strategy we thought would be the trademark of Sven. A young talent who, spotted and acquired early, can develop and realise his potential at this club. And let’s be realistic about the young Greek defender: it’s way, way too early to make any kind of judgement on him as a player, even if he impressed in a couple of his performances. He needs time.

So, as we look forward and see a defence that’s more or less set with the arrival/future arrivals, there are two key positions left for us to invest in. Goalkeeper, and central midfield. This is where I think our new Head of Recruitment, our Not Director of Football, and the chief executive have to show us what they’re really about.

With Petr Cech handed the number 1 shirt, the keeper we bring in is likely to be somebody in the early stages of their career. Someone who can learn from and benefit from the wisdom and experience of Cech, and improve under a new goalkeeping coach whose sessions are likely to be more demanding and innovative. A succession plan, of sorts.

Similarly, in midfield we need to address an area which has been a key part of our problems for a couple of seasons, at least. What plans Unai Emery has for the players already at the club, we simply don’t know yet. There’s no need to go into the nuts and bolts of them and their qualities, we’re all well aware of them at this point, so who we bring in is going to be vital.

I don’t know a lot about Torreira, but if you’re looking for a powerhouse DM, he doesn’t appear to fit that bill. He’s quite small, just 1.68m, but apparently he plays at the base of a three man midfield for Sampdoria, passes it well both long and short, and is quite aggressive in the tackle. He sounds a bit more Kante than Vieira, but I think we need to move away from this mindset where every player we bring in has to somehow be a replicant of a great player we had before.

Where’s the next Tony Adams? Where’s the next Thierry Henry? Where’s the next Vieira, or Pires? If it was a simple as finding an exact copy everyone would do it. But in general, I’d like our midfield signing to be somebody who is at a stage of their career where they’re ready for a new challenge, and ready to make a step forward.

Make no mistake, whoever is signed for this position will have a serious weight of expectation and pressure on them. We’ve needed this player for so long that when he does arrive we’ll want him to be good, and need him to be good, and that’s something he’ll surely be aware of. For some it’ll be a pressure they can thrive off, others might buckle under that, so hopefully Sven and Co do their homework.

Another 29/30 year old signing here would be pretty underwhelming, in fairness. We’ve obviously had to address the balance of experience in the squad, but we also have to ensure there’s enough youthfulness and potential to go with that. Over to you, Svenster.

Finally for today, Arsenal are appointing a Director of Football Development from August 1st. Dutchman Marcel Lucassen has been working as Technical Director of Football Club Al-Nasr FC in Dubai, as well as consulting with the Football Federation of the UAE, and previous to that he worked with the German Football Association (DFB) where he put in place a development structure for the national teams at youth level.

He’s spent time as a coach with clubs like Manchester United, Hoffenheim and MSV Duisburg, and he says of his role with Arsenal:

What I’m going to do at Arsenal is to further develop the football philosophy, as I did earlier with Al Nasr and the German Football Association.

He’ll oversee the youth side of the club, from U9s to U23s, so we may well see more changes there when it comes to coaches. There’s going to be a bit of a shake-up at that level anyway, with some departures and rumours of Freddie Ljungberg returning to take up a post, so let’s see what happens.

Yesterday’s podcast is here, if you haven’t listened already, and I’ll be back with more tomorrow. Until then, have a good one.