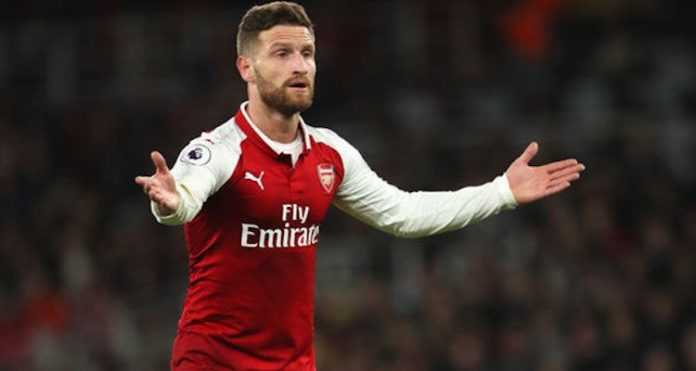 Which early morning bird is the worst? Is it the magpie, chattering like a bastard, or the seagull, with it’s weird call like a bird-cat having a poker shoved up his arse? Right at this moment, I simply can’t decide as the two of them are having a ‘noise-off’ right outside my window. I simply hope that some kind of airborne cleanser arrives on the scene and obliterates both these feathery little pricks with extreme prejudice.

Good morning to you anyway, and welcome to a brand new week. It’s the week when the World Cup kicks off in Russia, so that should give us something to talk about, when we’re not getting all excited about all those delicious transfers we’re sure to make. For example, a young kid coming in from Barcelona, lured to London before he could sign a contract there.

Joel Lopez is sure to be the next Cesc Fabregas or Hector Bellerin, a Bellegras if you will, rather than the next Fran Merida or Jon Toral. He’s a 15 year old left back so we’re unlikely to see him for a few years but much like Sven going back to Dortmund, it looks like Raul is using his Barca info to nab some talent.

There are also stories about the Freiburg defender Caglar Soyuncu doing the rounds again. I do know for a fact that there have been talks between the two clubs, but at what point we are and how close a deal is I can’t say. The latest on Sokratis Papastathopoulos is that the deal is basically done but some reports say it won’t be officially announced until next month.

So, if we assume that’s happening, the arrival of Soyuncu would suggest that perhaps we’re willing to move someone on this summer. As it stands, our list of central defenders is: Laurent Koscielny (injured until November/December), Shkodran Mustafi, Rob Holding, Calum Chambers, and Konstantinos Mavropanos. The young Greek defender only arrived in January so he’s not going anywhere, while Holding and Chambers put pen to paper on new deals relatively recently, so they’re probably considered squad members for next season.

Koscielny’s injury precludes any kind of departure, so that leaves only Shkodran Mustafi whose age and contract length probably make him the most valuable in terms of what he might bring in should we decide to sell. Remember, this time last summer his future at the club was somewhat up in the air. Stories abounded about how he was unsettled and how Arsenal were prepared to let him go to help fund a replacement.

The German later refuted those stories, calling the media shit-stirrers – something which is undoubtedly true to an extent, particularly during the transfer windows – but I do wonder if this time around we might see him go if the mooted signings are made. His performances last season left something to be desired and the repetitive nature of the mistakes was a real worry. He had good days, Sp*rs at home saw him play especially well, but too many others when the flaws in his game were exposed.

Koscielny, Mustafi, Sokratis, Holding, Chambers, Mavropanos, and Soyuncu is a lot of depth at centre-half. I’m all for having a big squad that can cope, not least because we have the Europa League and Premier League to contend with and we know how that can stretch things, but that’s too many central defenders for a balanced squad.

If we are looking to invest elsewhere, and funds are somewhat limited – as we keep being told – then a couple of sales here and there would add something to our ability to do that. Maybe they have different ideas entirely, it could be well be that Emery views Mustafi as someone he wants to work with, and his age profile sits nicely in the middle of the spectrum of youth vs experience, but I have a suspicion that the arrivals of Lichtsteiner and Sokratis are being made not just to bolster the squad, but to offset that gap if we let the former Valencia man go.

Anyway, it’s all just speculation at this point. We haven’t got a clue what the new boss wants to do with any individuals. We haven’t had any further interviews from him, and I assume he’s sitting at home with his Michel Thomas CDs on his Sony ©® learning English like a madman. Nevertheless, it’s intriguing to try and make relatively educated guesses about what he might be thinking and how he’s going to build his squad ahead of the new campaign.

Meanwhile, for those of you interested in what’s happening at reserve and youth level, we’ve expanded our coverage of that over on Arseblog News thanks to the support we’re getting via our Patreon page. Jeorge Bird is our main correspondent there, and we’ll be continuing that throughout the summer and particularly when there’s actual football to talk about too.

Right, let’s see what this week brings in terms of Arsenal’s wheeling and dealing. James and I will have a podcast for you later on, we’re recording around 10am so that should be up for by lunchtime. If you have any questions or topics you’d like us to discuss, fire us a message @gunnerblog and @arseblog on Twitter with the hashtag #arsecastextra.

Until then, have a good one. And you’ll be pleased to know that the birds are now silent. Maybe they’ve just gone elsewhere but I like to imagine they’ve been sucked into a jet engine.

It’s the least they deserve.