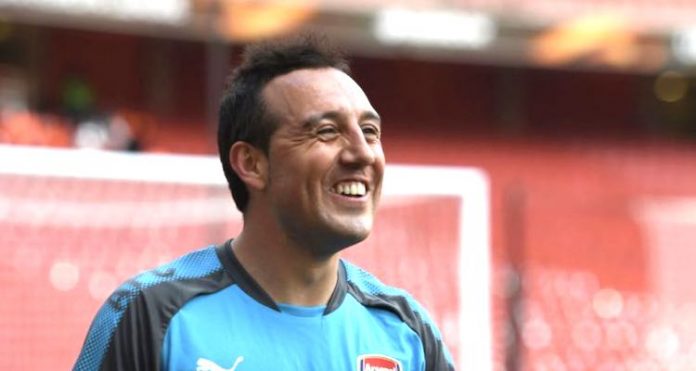 There’s a dream scenario for the end of this season. Obviously Arsenal winning a trophy is a significant part of it, but it goes a bit deeper than that.

For those who don’t know, when he was manager of Monaco, he was fighting for titles against Marseille whose owner, Bernard Tapie, was buying off opponents and match fixing, handing out cash to players and managers of rival clubs.

Wenger was suspicious at what he saw:

There were little incidents added one to the other, in the end there is no coincidence. It’s very difficult to prove. You hear rumours, but after that you cannot come out in the press and say this game was not regular. You must prove what you say and to come out is ­different from knowing something. Feeling that it is true and then ­afterwards coming out publicly and saying, ‘Look, I can prove it’ can be very difficult.

The whole thing unravelled when, in 1993, players from Valenciennes were offered money to throw the game. Marseilles won that particular fixture, but afterwards some players exposed what was going on, and the coach of the team they beat that day was a certain Boro Primorac, who has been Arsene’s right-hand man ever since he joined Arsenal.

Speaking about it a few years ago, the Arsenal manager said:

It was the most difficult period of my life. When you’re in a job like mine, you worry about every detail. But then to go to work and know that it is all ­useless is a disaster.

The feeling that you could and should have won more is hard to take on a sporting level anyway, but to know you’ve been cheated along the way must make it even more hard to take. There’s no suggestion the Marseille of today are involved in anything like that, but I bet there’d be a little extra nugget of satisfaction for the manager if we were to beat them in the final.

Of course, we have to get there first, which is no easy task considering Thursday night’s opposition – not to mention our away record this year. We’ve played 10 games on the road in 2018 and won just two. We all know our Premier League issue, without a single point since January 1st, but on the bright side the two wins we have had have come in the Europa League.

I think everyone expected us to beat Ostersunds FK, which we did, but I don’t think we should forget the situation when we went to Milan in early March. We’d lost a North London derby in convincing fashion, then after winning in Sweden, we lost four in a row – including a cup final we never looked up for, as well as the return leg at home against the Swedish side.

Which isn’t to say I’m confident about Thursday night, but I am hopeful. It’s a European semi-final second leg, it’s 1-1, they’re favourites, we’re underdogs who look to have blown a great opportunity, and as hard as it’s going to be, you have to have that underlying hope than we can get it all together to pull something out of the hat.

Anyway, there’ll be plenty more on this game between now and Thursday. And while we’re dealing in ideal scenarios with Wenger beating an old enemy, what if in that tightly-poised final the manager’s last sub is a player pulling on the red and white for the final time, and shortly afterwards, the little Spanish magician scores the winner? Direct from a corner. With his ‘wrong’ foot (as if he has a wrong foot).

I know we’re into the realms of fairy-tales here, but Santi Cazorla says he’s hoping to play again before the end of the season. Speaking while training with his former club Real Oviedo, he said:

I still have a lot left, because after 18 months, everything has to go in due course, but the sensations are getting better and I am optimistic about the future. The objective is to participate before the end of the season, but we must be cautious.

There’s obviously been some decent progress in recent times, and with his contract expiring and a new manager unlikely to offer him new terms it would be fantastic to see him play for us one last time. The competitiveness of a Europa League final, if we get that far, doesn’t lend itself to sentimentality though, and using a place on the bench for someone who hasn’t played a single minute since October 2016 doesn’t make any real sense, but then I did say this is a fairy-tale – and that means you can just make stuff up that you like.

Right, that’s that for this morning. If you haven’t already heard yesterday’s Arsecast Extra, you can check that out here. James and I discuss the Man Utd game, potential successors for Arsene Wenger and whether or not the current boss will leave a dossier on the squad for whoever comes in, transfer chat and lots more.

Also, if you’re an Arseblog Member on Patreon, there’s a brand new episode of My Arse in which I chat to singer/songwriter James Vincent McMorrow about his life as an Arsenal fan, how he became a Gooner despite growing up in a Manchester United dominated household, his dream 5-a-side team and lots more.

If you’re not a member you can sign up for just €5 per month (plus VAT if in the EU), and you get instant access to all the extra content we have there.

News throughout the day on Arseblog News, more from me here tomorrow as we head for Madrid. Until then.