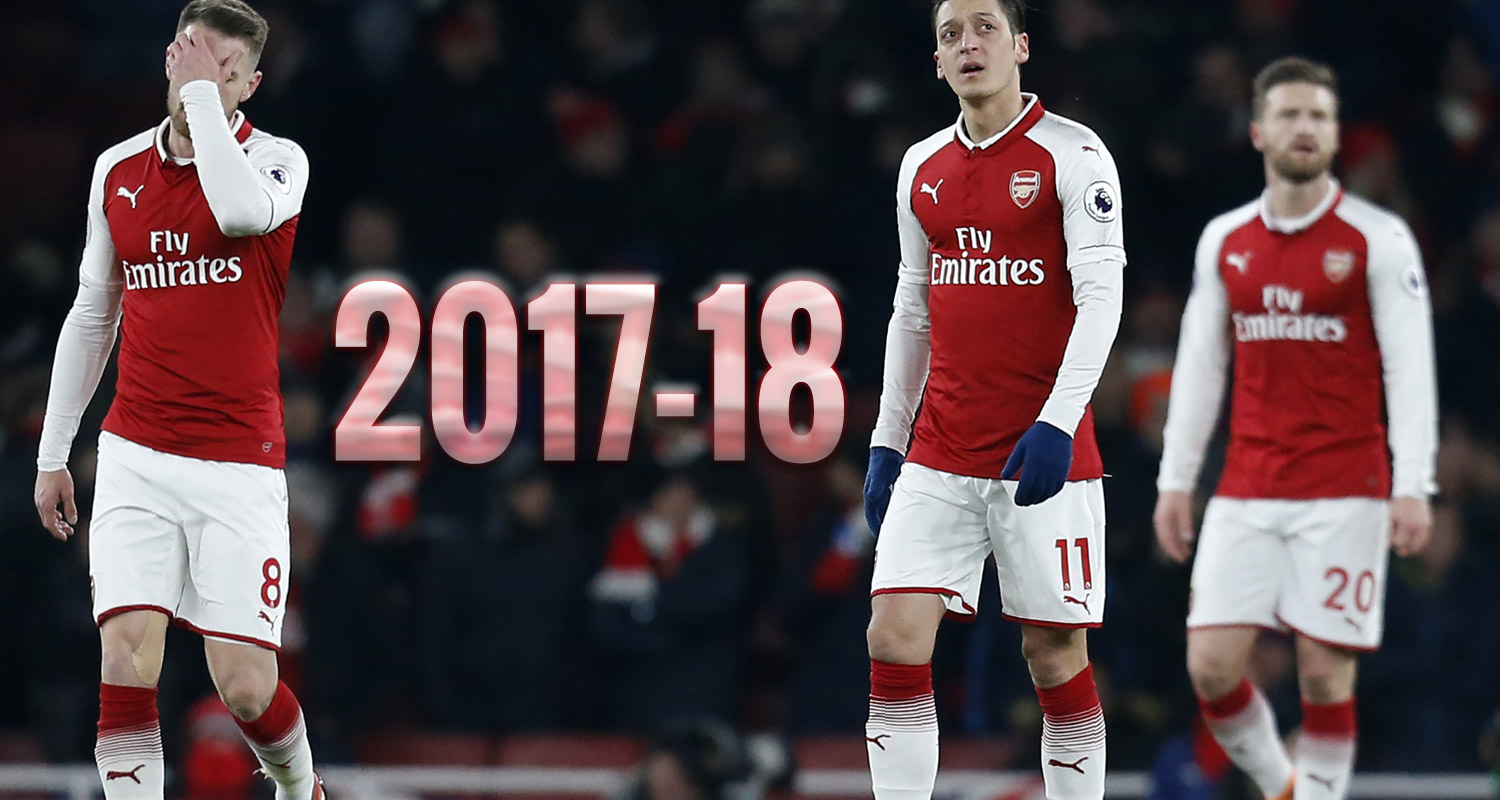 As has now become tradition, when the season ends I do a squad assessment type post giving the players a rating based on their performances etc.

I’m using the grading system we have in school where A is the best, obviously, D is a passing grade, and anything below that a fail. I’m trying to combine their performances with their overall influence, and how the season went for them. Their marks are individual, based on expectations of them, rather than comparable with teammates.

And in the end there’s no right or wrong, these are subjective ratings. Don’t get personally offended by them.

Players who left the club, Olivier Giroud, Theo Walcott, Alexis Sanchez etc, are not rated, because we don’t rate players from other clubs.

Petr Cech: It would be fair to say he hasn’t had a great season, making more errors leading to goals than any other keeper in the Premier League. Looks like he’s slowing down a bit too. Would be good back-up to a new keeper next season though. D

David Ospina: The cup keeper and clearly viewed as the number 2 by Arsene Wenger. He’s been ok, made some good saves, but he remains an unconvincing option in my opinion. Likes a like down mid-game. Could this summer be the one where he bids farewell? C+.

Matt Macey: No rating because he only made a couple of appearances, but he gets a mention because of that at least.

Hector Bellerin: Unfairly maligned in my opinion, still a great prospect, but no doubt he’s been up and down this season. Offered little protection/support on the right hand side, so as a one man band I think he’s done well. His haircut and clothes don’t bother me. B.

Shkodran Mustafi: It’s a bit reductive to say he’s either really good or really bad. Sometimes he can be really average too. He made far too many mistakes this season. D.

Laurent Koscielny: His season ended with a terrible injury, but there’s little doubt his season was affected by the ongoing Achilles problem he played with all year. Considering he’s 33 in September, he’s very much in the autumn of his career now.  C.

Per Mertesacker: Just 12 appearances all season, and only 2 since the turn of the year. He explained why in a brave interview, and his final ever appearance showed the high regard he’s held in by fans. D.

Rob Holding: After the way he ended last season hopes were high, but he’s spent a lot of time on the bench or out of the squad – particularly in the second half of the season. Performances have been ok when he played though. Signed a new deal so still seen as one for the future. C-.

Calum Chambers: Began the season injured, it took him some time to get fit. He is not a right back, we know this for sure, but put in some good performances in the second half of the season and signed a new deal. B-.

Nacho Monreal: Mr Consistent. Or Señor Consistente. Scored some good goals, and he always gives you a solid 7 at the very least. B+.

Sead Kolasinac: A mixed first season. He was good at the start but some of that might have been because he was new and sturdy. It remains unclear how good he is defensively, is it him or the Arsenal system (or both)? C-.

Konstantinos Mavropanos: A couple of good displays from ‘The Greek Boy’, one to watch for next season.

Aaron Ramsey: If I were voting for our player of the season, he’d get it. His injury absences are obviously an issue but even with his playing time curtailed he finished with 11 goals and 12 assists. Impressive numbers for a central midfielder. He’s a player we need to keep but unfortunately I’m not confident we will. A.

Jack Wilshere: He stayed fit for the most part, and that’s a positive, but in terms of what he produced and his performances, he didn’t really do a great deal to suggest he can be anything other than a squad player if he stays. His deal remains unsigned at this point. C.

Mesut Ozil: 14 assists, 5 goals, he created lots of chances, but there’s always a sense you could get more from him than we’re getting. Could be about giving him better support, let’s hope the next manager can do that. B+.

Granit Xhaka: The first part of the season was genuinely terrible by his standards. Punished relentlessly for his carelessness, but over the season settled down and performed very well. Is he another player who needs the right partner? C+.

Mohamed Elneny: Like Nacho Monreal he is a consistent performer, works hard, keeps things ticking and added to his game this season. Signed a new deal. B.

Ainsley Maitland-Niles: The outstanding young player of the season, performed well in unfamiliar positions, and looks to have real talent. Fingers crossed he can kick on in the next campaign. B.

Henrikh Mkhitaryan: He had a positive few months after joining from Manchester United as part of the Sanchez swap deal. Adds some quality but can be a bit wishy-washy at times. B-.

Joe Willock & Reiss Nelson: Honourable mention to these two young men who played in the early part of the Europa League campaign and made some cameos late in the season too. There’s promise there, still waiting on Nelson to sign that new deal though.

Alexandre Lacazette: Finished as top scorer with 17 goals, a decent return considering how ineffective an attacking team we were for so long. Had some injury problems too, but should be well settled for the start of next season. B+.

Pierre-Emerick Aubameyang: 10 goals and 4 assists since he joined. You can’t argue with those numbers. Imagine what’ll happen if we play him as a striker too. A.

Alex Iwobi: Every so often there’s a performance, or a flash of something in a game, and you think ‘Come on, kick on from here’, but consistency is a real problem for him. He did finish with 3 goals and 7 assists, which is not bad, but he’s at a real crossroads now. D.

Danny Welbeck: He works hard, he defends well, he’s committed and quick, but the technical limitations of his game are exposed too frequently. Scored some good goals but contract situation requires action one way or the other. C.

Eddie Nketiah: Like some of the other young players, hasn’t really featured enough to get a rating, but that two goal salvo against Norwich was one of the most pure, football fun moments of the season.

So, there you go. Please feel free to use the arses (the comment system), you can leave your own ratings, tell me I’m deluded and wrong and all the rest.

We’ll have news throughout the day over on Arseblog News as backroom changes continue, there seems to be a real cull going on, and we’ll have that and all the latest over there.